At first glance Cozy Grove might look like an Animal Crossing clone. You play as a strikingly adorable character arriving on an island where you set up camp with a goal of interacting with and pleasing the locals, and you can decorate the island pretty much however you would like. That’s essentially where the comparison ends, however, since the island is haunted and all of the locals are ghosts. Your main goal is still to interact with them, but you’re doing so in order to help them regain their memories and bring life and color back to the island.

You’ll arrive on the island of Cozy Grove as a Spirit Scout, and from there it will be your job to complete missions given to you by the various ghosts populating the island. In addition to these missions, you’ll be able to explore the island; digging for treasure, growing fruit from the various trees, fishing in the ocean, and crafting new tools and decorations. Cozy Grove starts as a dreary, colorless place, but as you progress through the story and bring light back to the island, it will fill with color. With your progression also comes more activities to do and ghosts to meet, and I truly enjoyed meeting the spirited cast of characters inhabiting Cozy Grove. The game is filled with plenty of great ghostly puns and other jokes that almost always left me laughing. 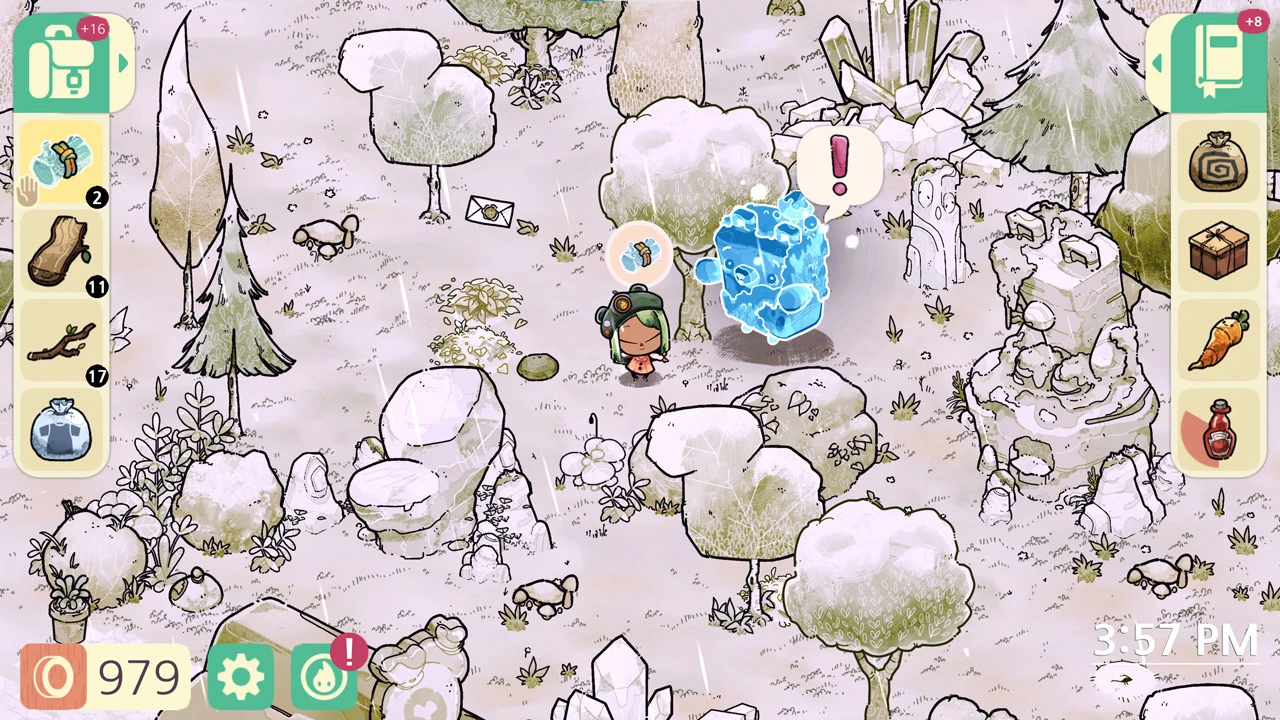 The game itself is incredibly charming, emitting a vibe I can only describe as Don’t Starve meets Animal Crossing. Everything that lives in Cozy Grove is adorable, but I have to give special mention to the imps scattered around the island – their designs are wonderful, and the way they freeze and fade away when they notice that you’re getting too close to them is lovely. The sound design is also very well done and fits the aesthetic of the game very well, with both the music and the sounds of characters talking being definite highlights for me.

One Day at a Time

As I’ve gotten older, I’ve started to feel like it’s really hard to find the time to play all of the games that I want to play. Games that are too long start to wear on me as I feel the weight of my backlog getting heavier and heavier, but Cozy Grove is the first game I’ve played in awhile that is vocal about being respectful of my time. As you complete missions for the various ghosts around the island, you’re rewarded with Spirit Logs to feed to your campfire pal, Flamey. It’d be easy to allow players to blaze through mission after mission and get through as much as they can, but Cozy Grove takes it easy and only gives you so many Spirit Logs per day. In fact, once you feed the last available Spirit Log of the day to Flamey, he’ll let you know that there are no more to be found, and to come back tomorrow for more. You can, of course, continue to explore the island of Cozy Grove and collect items or fish or craft, but you won’t be given more missions. As a result, you also won’t be able to advance the story, and that’s okay. 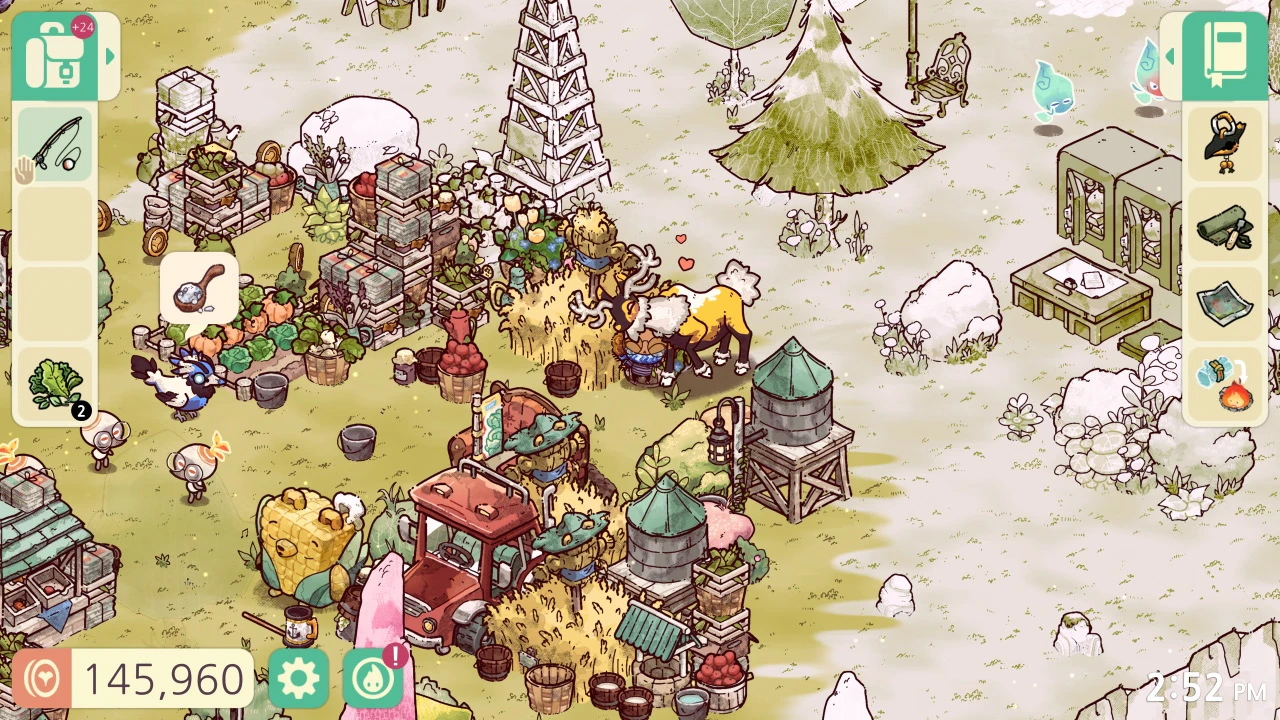 The slightly structured gameplay really makes Cozy Grove shine, because it knows that you have a life outside of playing the game, and it won’t punish you for not taking the time to play it all day. In this same vein, each in-game day is set directly after the last day you played, rather than running off the real-world calendar. You could finish off your first day off playing on Friday and not pick the game up again until Monday, but you won’t miss out on the days in between; Monday will be Day 2, rather than Day 4. The game also makes it easy for returning players or those who just want to get to playing without worrying about the story by offering an option to skip almost every story scene right from the get go with a quick press of the B button. All of this makes for a game that clearly respects its players’ time by making it very easy to jump in and out of Cozy Grove on your own terms and enjoy the game on your own schedule.

Despite everything I love about Cozy Grove, it does have its flaws, and they all pertain to the game’s performance. Firing up Cozy Grove for the first time on my Switch resulted in a frozen loading screen – music continued to play, but the animations that indicate the game is loading all froze. Once you’re in the game though, there are no loading screens to speak of, and on subsequent days of play I had very few freezes while loading, though they were still just a tad long. 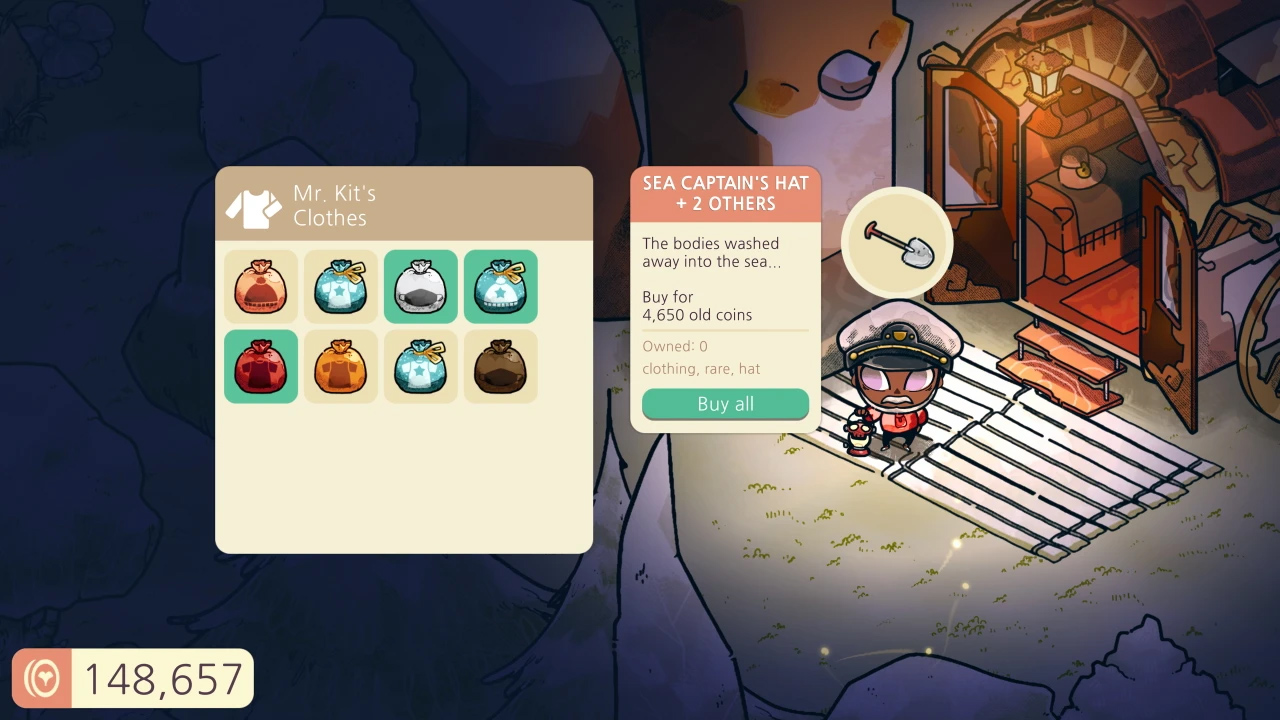 Running around the island also resulted in some stuttering and pop-in, where it took just a little bit longer for anything that wasn’t the ground to load as it scrolled onto the screen. Cozy Grove has a really great feature where any landscaping you move behind will turn transparent, and some landscaping will even allow you to move through it while it’s transparent, but I would also frequently and randomly get caught on invisible rocks, trees, and furniture that I was able to move through just fine previously. I think the worst performance issue, however, was the stuttering that occurred every time I fed Flamey enough Spirit Logs to increase his level. The animation for the sequence is very cool and really well done, but I never got to experience it fluidly, as it stuttered pretty badly every time I experienced it.

I also did run into one saving error during my time with Cozy Grove. When trying to quit to the game’s main menu at the end of a play session, the game went to a loading screen but then kicked me back into the gameplay and warned me that the game had not saved and that I should continue to play for a few minutes to allow the game to try and save again so I wouldn’t lose progress. I actually really appreciated this feature, since it stopped me from losing a day’s worth of playtime in Cozy Grove. I do have to wonder, however, if my save would have just been lost had I just exited to the Switch Home Menu and quit the game from there rather than making sure to end my game by backing out to the game’s home menu.

My time with Cozy Grove has been very enjoyable despite some performance issues. Play sessions are short, sweet, and slightly structured, which really helps me feel like I’m allowed to enjoy the game at my own pace. Other games are hard to get back into if you let them sit for a while, but Cozy Grove will be waiting there to let you pick up right where you left off. The aesthetic of the entire game is right up my alley too, being slightly spooky with a dash of charm and humor, and I’m very glad it is releasing on Nintendo Switch. 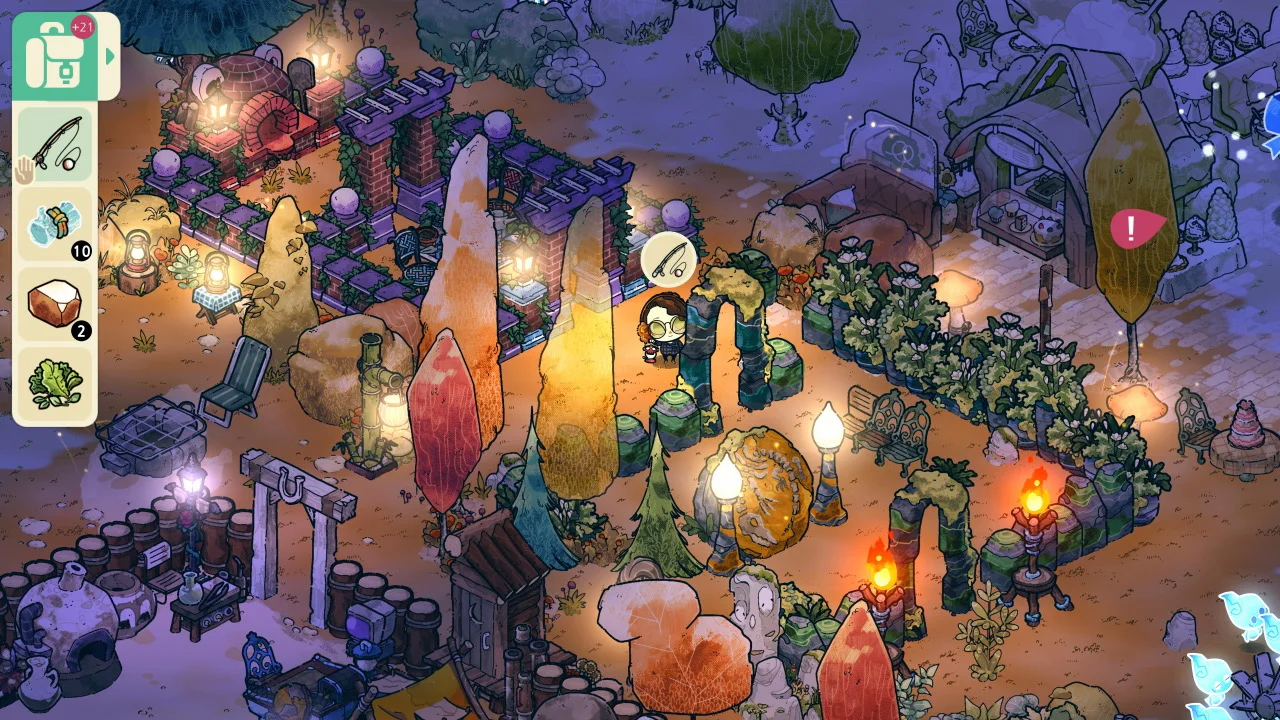 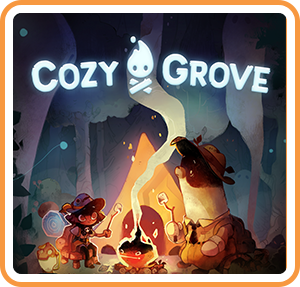