Minigame compilations can be a hard sell, as while they’re likely to get some fun times going they may not have staying power. What if instead of mere minigames though, over 50 time-tested table top mainstays were brought together and dressed up with some superb level of detail? That’s what Nintendo has done with Clubhouse Games: 51 Worldwide Classics, and the result is something captivating and curious.

Ask me a week ago if I’d be this invested in a portable game closet and I’d have said no, but here I am chasing wins in 6-Ball Puzzle and trying to think through Hare and Hounds. It might be how easy it is to jump into the majority of these, or the novelty of Fishing and Battle Tanks being counted among them, but Nintendo has managed to make what could have been a churned out and forgettable concept into an eye-catching and enjoyable collection. 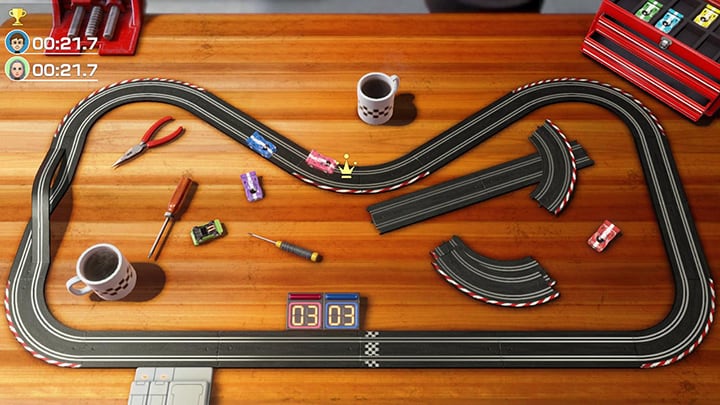 To critique each of these Classics individually would be a superfluous undertaking, but with the amount of variety on offer and the time-tested popularity of the majority of these, rest assured you’re likely to get your money’s worth. What I will say is that a handful of these games that I had never played before surprised me with just how addictive and satisfying they could be. For a simple, luck based card game I’ve played more Takoyaki than I ever imagined I would, and that same joy of discovery was found time and time again.

That goes for some of the more involved and strategic games, too. If you’ve never played President, I highly recommend downloading the Clubhouse Games Guest Pass and seeing what I mean for yourself. That Guest Pass is also worth having if you have multiple Switches in your household for how it opens up multiplayer options to “hand” based games where you need to conceal information. It’s worth noting that those games aren’t playable locally without that setup, which is unfortunate. The ones that can be played with a single system still offer up plenty of variety, but it won’t be the full 51.

The heart of the cards

While the fundamentals of these games aren’t anything new or flashy, Nintendo has gone all out when it comes to look and sound design. Every bit of felt or wood is worth admiring here, as are the cards and pieces that call them home. Where this really stands out is the handful of “Toy” sports games, like Tennis or Baseball. Nintendo could’ve settled for Miis, but instead we get vintage tin toys with visible wear and age. As for audio, the music is a satisfying assortment of bops both minimal and energetic — but the real star is the game based sound effects. Saying it now, I will never get tired of hearing the slap of a Hanafuda card in this game. 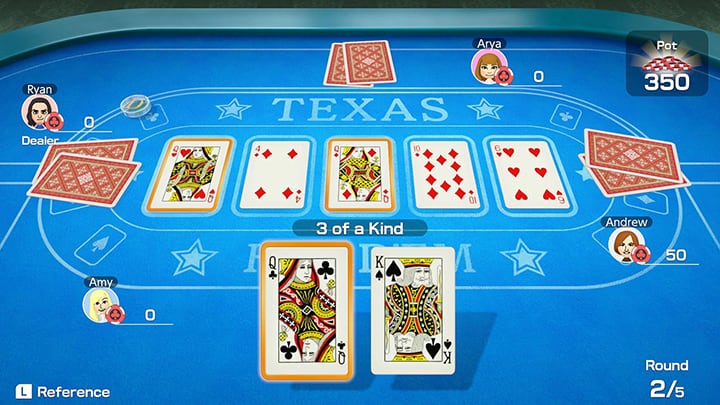 Outside of the games the main menus and tutorials carry that same polish. The game’s Guide Globe feature covers the world in little figurines, called Game Guides. You get to make one yourself from a few simple templates, which can then show up on other players Guide Globes to share your records and recommendations if you upload (and refresh them regularly) online. By selecting a Game Guide, they’ll be moved to the game selection menu so you can access their suggested games and compare results.

It’s a fun and unobtrusive sharing feature (my favorite kind!), and even if you lack the Switch’s online subscription there will still be a dozen or so Game Guides to unlock with their own themed assortments of games to help you make a selection. When I first started playing I made my “goal” getting through and unlocking each of these Guides. While that approach was fine, there’s no need to go that route — all 51 games (and Piano) are available from the beginning.

If you’re completion-minded, you won’t be disappointed though. While the only unlockables are the Guides and a few sets of Mario themed cards (for games that use a standard 52 deck, Hanafuda, and Matching), medals are awarded based on how well you’ve “Mastered” these Classics as well as bits of trivia about each of them. If you’re willing to pull your hair out playing luck and strategy based games against the highest difficulty AI setting all so you can see a little gold trophy next to each game’s icon, then you’ve come to the right Clubhouse.

Don’t be afraid to check the rules

My only real complaints here are ones that apply to board and card games in general. Sometimes luck is the deciding factor (to the point a few games are built purely around it), and that isn’t always entertaining if you’re playing solo. Ludo in particular was an exercise in patience if played on the default setting, where I and the AI were forced to keep passing our turns until someone rolled a six. Toy Baseball can also drag, both because there’s no mercy rule and sometimes an inning just doesn’t want to end.

There’s also the matter of the potential unfamiliarity with a few of the deeper games in the mix. While I knew of Shogi and (Riichi) Mahjong, I’d never played them before. The same could be said for anyone who never learned Chess. These are games with high barriers of entry in terms of skilled and enjoyable play, as well as a lot to remember. The former two were easily the biggest hurdles on my way to winning at all 51 games. 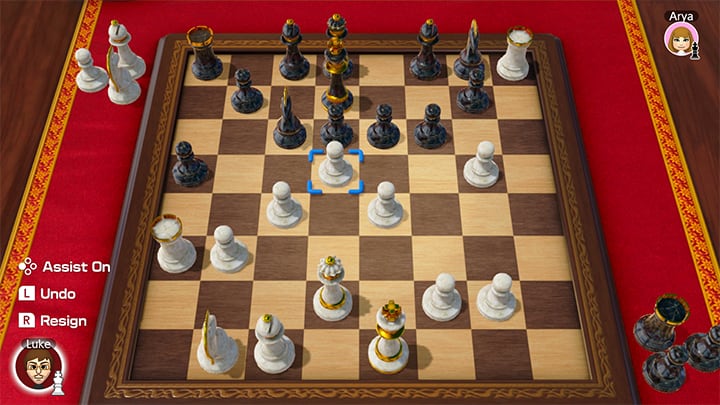 That’s not to say the game doesn’t want to help you out when you ask, I’m just stubborn. You’ll find full rule sets and hints for each game, as well as little animated intro movies starring four recurring figurines. For some of the more demanding ones you can even play through little walkthroughs of their ins and outs, and each game has an Assist toggle for things like where pieces can move and which card combinations are strong. It makes Clubhouse Games both more accessible and informative than I ever would’ve guessed.

The King of Games

All things considered, this is an extremely satisfying assortment of games, perfect for quick pickup play throughout the day or dedicated sit-downs with family or friends. Could there have been more or different games? Sure. Would a few more bits of Nintendo spice enhance its flavor? Maybe. Instead, by carefully curating these 51 and letting their time-tested mechanics, their incredible amount of polish, and their own histories prop them up, it ends up a more respectful and unique collection. It’s the perfect example of a package that’s more than the sum of its parts. If you grew up with game nights or you want to start some of your own, look no further than Clubhouse Games: 51 Worldwide Classics. 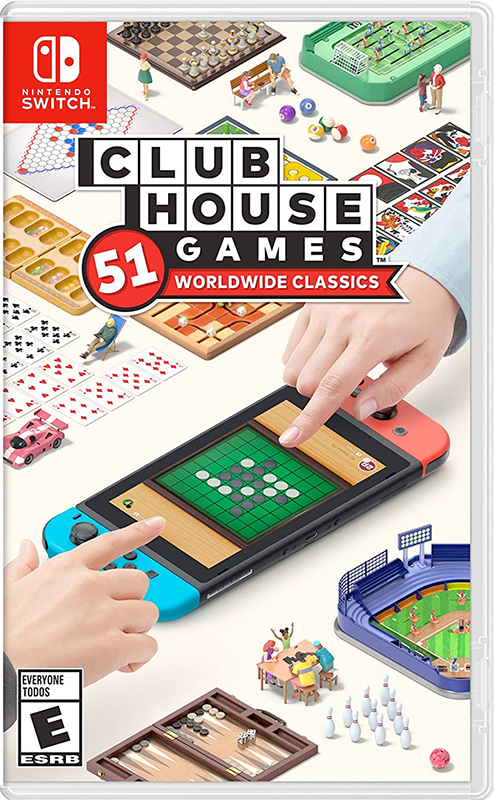