When I first saw Button City at this year’s Wholesome Direct, I knew it was a game I wanted to play. I’m a big fan of colorful, low-poly art styles, and the premise of a group of plucky kids coming together to save their neighborhood arcade seemed like it would make for a good time all around. What I wasn’t expecting was an experience that would have me laughing out loud regularly and nearly crying by the end, and a title that has instantly cemented itself as one of my favorite indie titles on the Switch.

New kid on the block

The story of Button City puts players in the role of Fennel, a video-game-obsessed fox who’s new to town, adorably innocent, and extremely eager to fit in. One morning while he’s out picking up a sandwich for his mom, he discovers that this strange new town he’s been dropped into has an arcade known as ‘Button City’. Our protagonist is, of course, irresistibly drawn to this interactive wonderland, forgetting all about his mom’s lunch. Within its colorful, neon, electrically charged walls he comes into contact with a group of kids calling themselves ‘The Fluff Squad’, and the game proper kicks off. A game which, in essence, is a childhood-themed slice of life story that harkens back to classic films such as The Sandlot and No More Baths, wherein a group of seemingly unrelated neighborhood kids come together and inadvertently set off on a wild, adventure-filled summer. 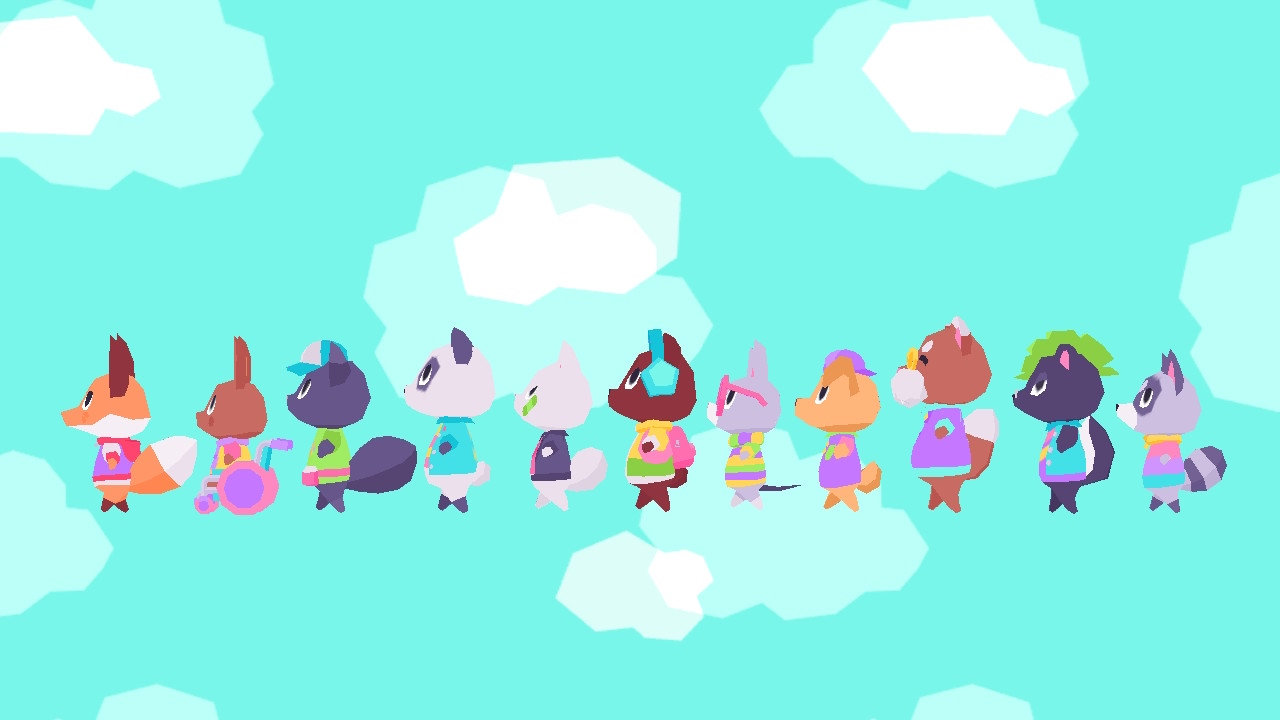 The game is presented from a perspective of childhood innocence, where it seems as though the kids’ biggest problem is that they may not win a tournament for their favorite arcade game. That perspective is betrayed — in a good way — by a somber undertone that both the overarching plot and its subplots lay out from very early on. While the game’s take on this often-overlooked side of childhood ends up being excellently handled in the end, the journey to that satisfying payoff is filled with a few occasions of rushed-feeling side-stories and world building. While not all of the game’s takes on the darker side of childhood fall flat, and in fact the majority of what’s on offer is quite well done, there are a fair few that feel so hastily presented that it’s almost as though they were taken from a checklist and shoehorned in.

Overall though, the story that’s on offer here is about as heartwarming and enjoyable as a story about young anthropomorphic gamer kids going on summertime adventures could possibly be. That is to say, learning about Button City’s world and characters is absolutely worth any shortcomings a few of the title’s subplots may have.

Each location in Button City is set on a floating island of sorts, and travel between these islands is accomplished by doing a Zoomie from Fennel’s tamagotchi-looking-cell phone called a ‘PETBot’. Within each free-floating island are bunches of items to interact with and characters to meet. While the jokes and pieces of dialogue involving these characters aren’t the deepest, they add a lot to the already over abundance of lighthearted charm that the game’s world exudes.

Movement within this low-poly can feel a bit sluggish at first, however sprinting around the small environments would be a bit counterintuitive to the game’s energy. While that forced slower pace makes it pretty relaxing to just walk around and explore the setting’s little bits and bobs, it can lead to a feeling of tedium while doing quests involving any sort of back-tracking. 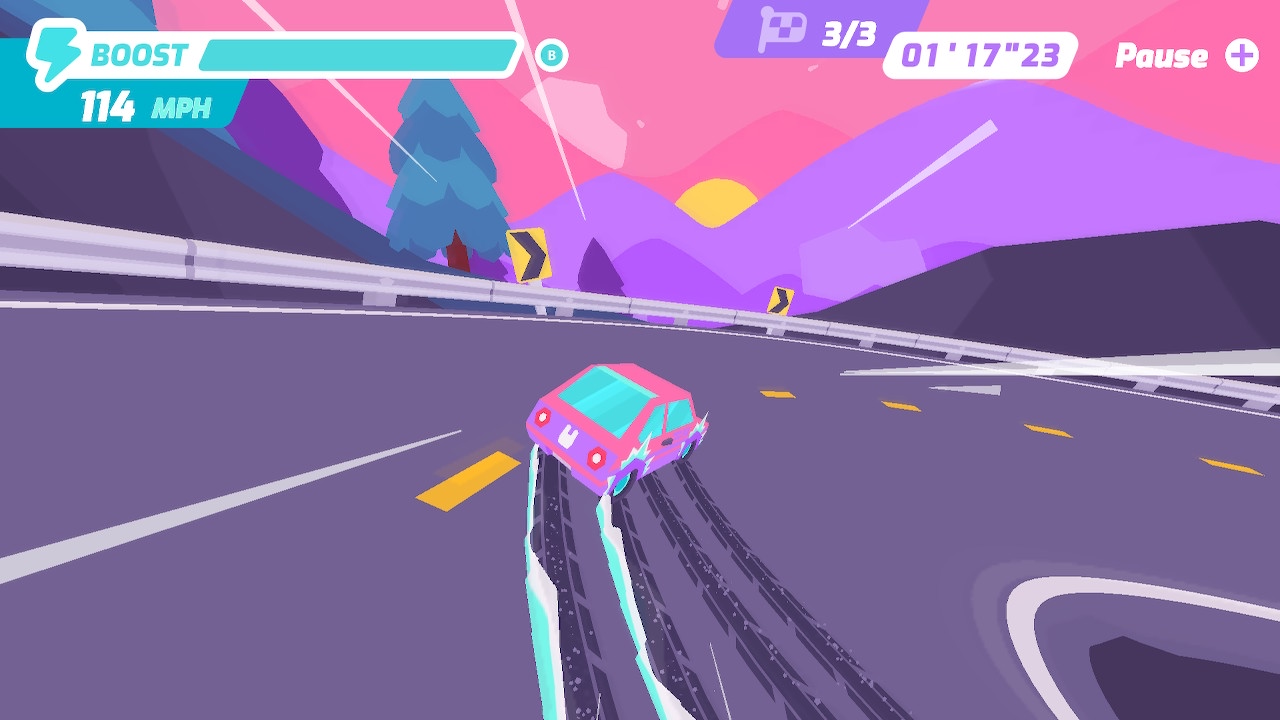 The most important locale within the game is Button City itself. This arcade is the go-to hangout for the neighborhood kids, and as such it becomes the launching point for the grandest mischief preteens with no adult supervision can muster. There are three playable mini games found within the arcade: A racing game, a rhythm game, and an action-combat game called Gobabots. The latter of which is the most popular game in the arcade, and with good reason: This fruit-themed mecha game plays something like a slower-paced Custom Robo — albeit with far less customization. While it’s without a doubt the best and most fleshed-out mini-game Button City has to offer, I wouldn’t go so far as to say it’s very complex. In spite of its simplicity, its satisfying combat loop and numerous characters to collect put it leaps and bounds above the rest of the arcade’s mini-games which are, for the most part, one-and-done affairs.

While it would have been nice to have more mini games to play, the ones that are here are pretty darn fun, and Gobabots in particular has quite a bit of replayability well into the postgame. Speaking of the postgame, I mentioned earlier how short the game’s main story is, and while it is indeed quite brief, there’s a fair amount of content to experience well after the main plot comes to a close. From collecting more Gobabots and cosmetics, to helping Fennel’s new neighbors and friends with side quests and errands, there’s no reason to stop hitting buttons once Button City’s credits have rolled.

Back to the arcade

Button City captures the magic and struggles of being a kid in equal measure, and while some of its efforts in capturing that image of childhood can come off as feeling a bit rushed, it’s still absolutely full of heart and charm. That charm is felt just as strongly in the game’s presentation and gameplay, where the vibrant world is brought to life by interesting characters and fun, pick-up-and-play mini-games. While the main story isn’t very long, the amount of heartwarming goodness in that brief time -and found within the postgame- is absolutely worth the price of admission. 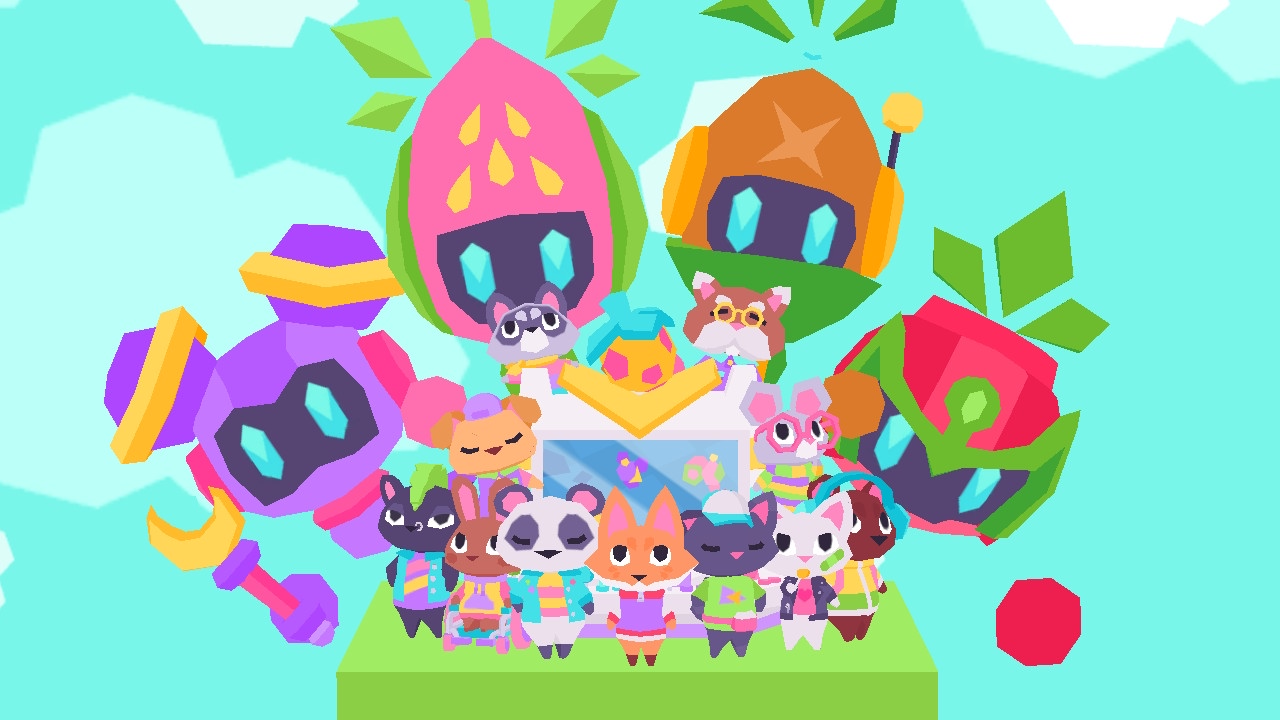 In this day and age, stories about kindness, compassion, and taking care of each other in spite of our differences is something we could all use more of, and Button City delivers just that in an adorable, low-poly package that’s sure to become an eShop gem. 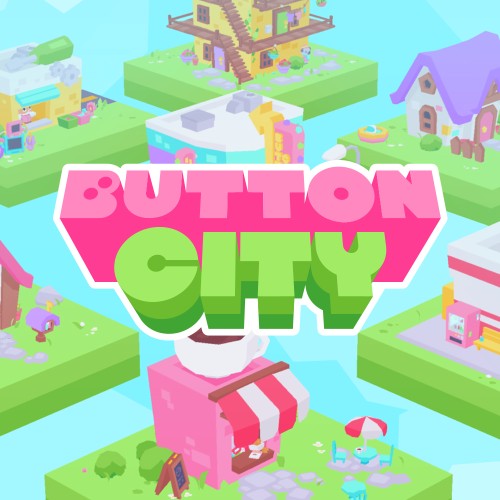