Oh Bayonetta 3, you long withheld delight. First announced all the way back in 2017, PlatinumGames’ return to their flagship franchise was well overdue. Busy as they were between then and now, the buttery smooth action and unrivaled tone of the series was sorely missed.

And here we are at last with the threequel we’ve been waiting for – an all new Bayonetta game. Glorious as its core gameplay and sense of self may be, there are some matters holding the experience back. Not torturous ones, mind you, but ones with just enough drag to keep this grandiose dance through realities from soaring on its infernal butterfly wings. 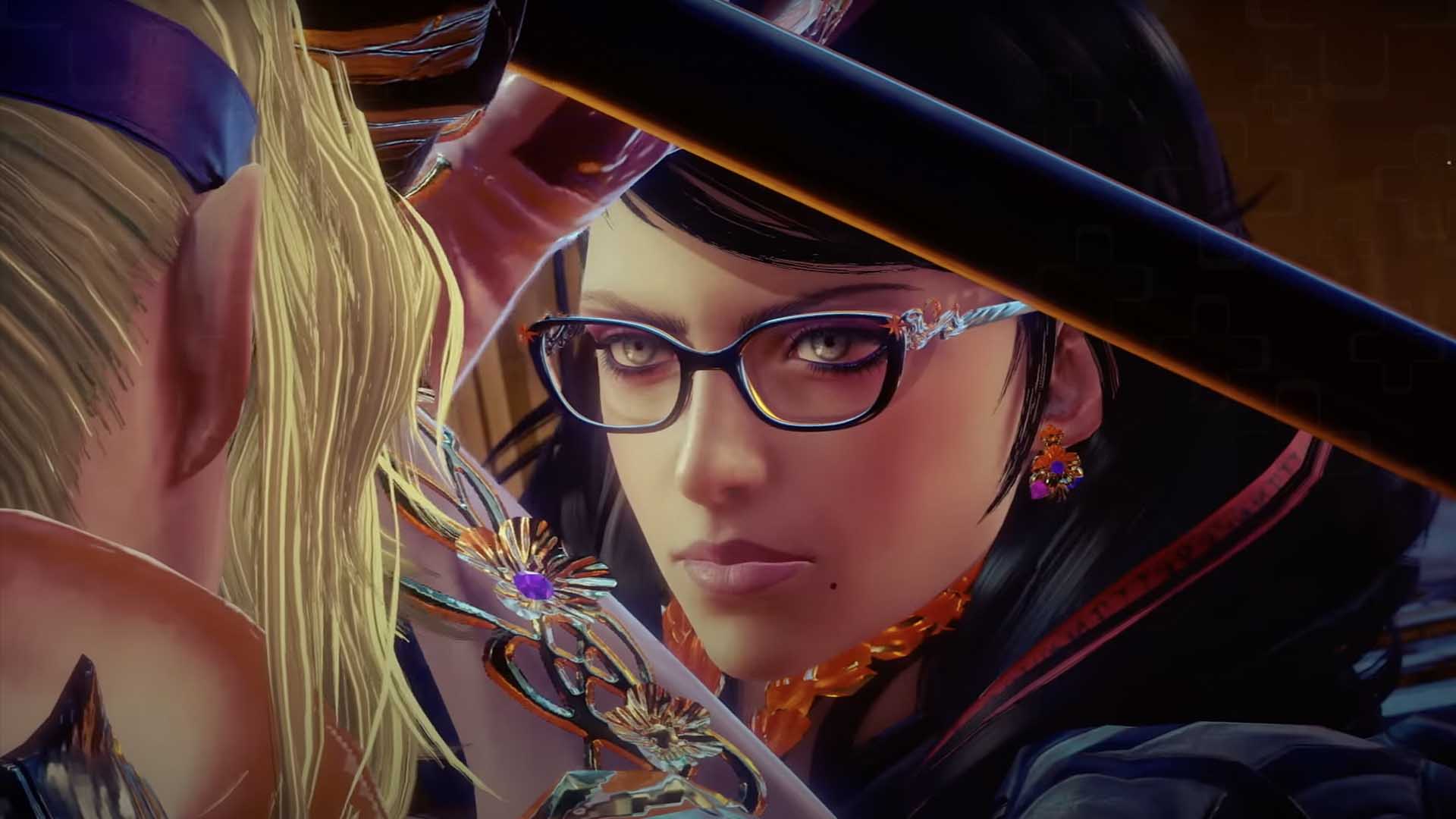 She may have a new voice, but Bayonetta’s long overdue return is full of her same, trademark sashay. Few characters can claim the same level of confidence, with the game putting the HWIC into plenty of circumstances for that to be showcased. Platinum knows exactly what its fans are here for when it comes to character beats, and while Bayo herself gets to be the unquestionable and rightful star, her usual supporting cast is here and servicable. Jeanne even gets her own stealth based sub-stages, which we’ll get into a bit later, but it’s the new additions that deserve a deeper dive.

New playable character Viola serves her role fine enough – the inexperienced newcomer with something to prove as oppossed to Bayonetta’s unquestioned poise and prowess. That also lets her serve as a more comical character in her interactions with others, contrasted by her also being one of the main driving force of the initial happenings. This all lets her have a character arc rather than remaining mostly static, but also means a lot of narrative investment rests on her. 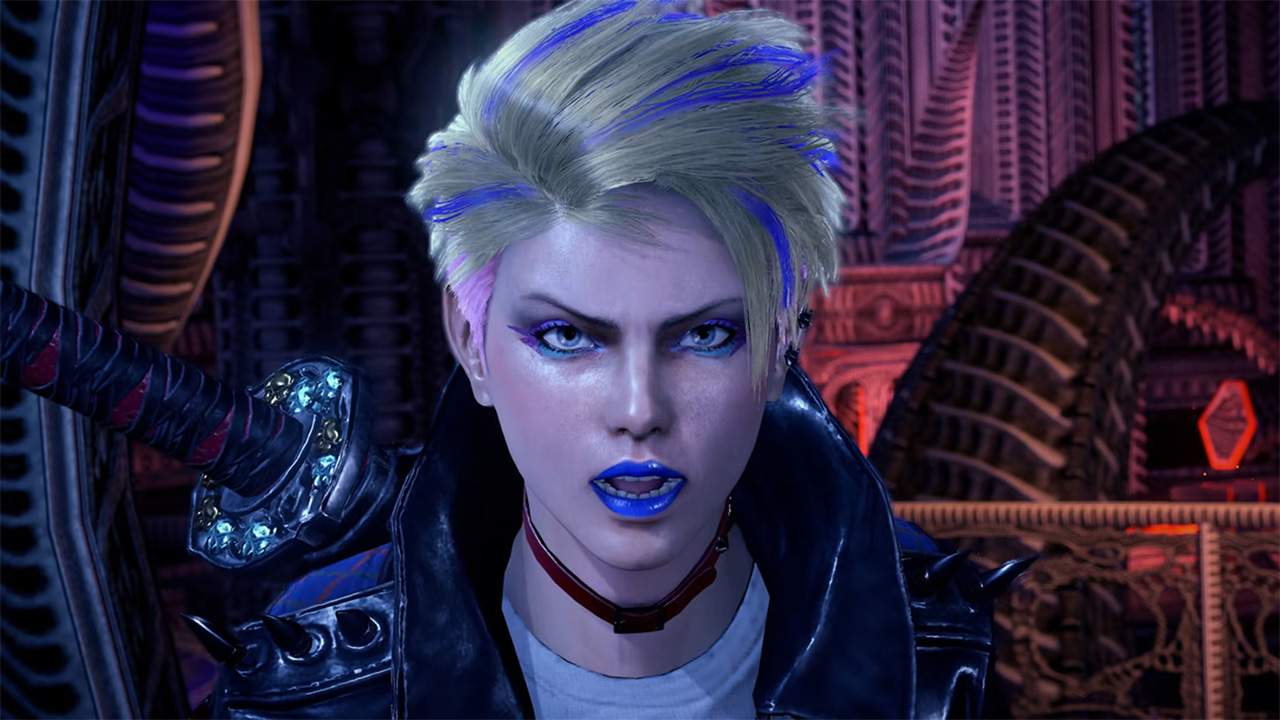 This is especially true when compared to the other new characters – multiversal counterparts of Bayonetta herself. Ultimately these are just excuses to give her differing outfits, with the characters themselves not being explored. The multiverse aspect of the game feels less thought out and more convenient as a way to showcase these looks and real-world inspired (as opposed to potentially fantastical and unique) locales.

All that is to say that I wasn’t exactly playing Bayonetta 3 for its story. There was a level of curiosity to the hows and whys, but the series has never been one that I needed to understand. Bayonetta may be the main character, and a fantastic one at that, but the star of the show is once again the gameplay.

The amount of combo possibilities at your fingertips in this game are astounding. They come courtesy of Bayonetta’s weapon choice paired with whichever demon she’s evoking, of which there are several possibilities for both. On top of that you’re able to swap between two load outs, letting you have a “go-to” option and something more specialized – at least that’s what I did. Each of these have several moves you can unlock, string together, and experiment with until you too are firing your foot pistol into a homonculus’ approximation of a head while a flaming spider handles crowd control. 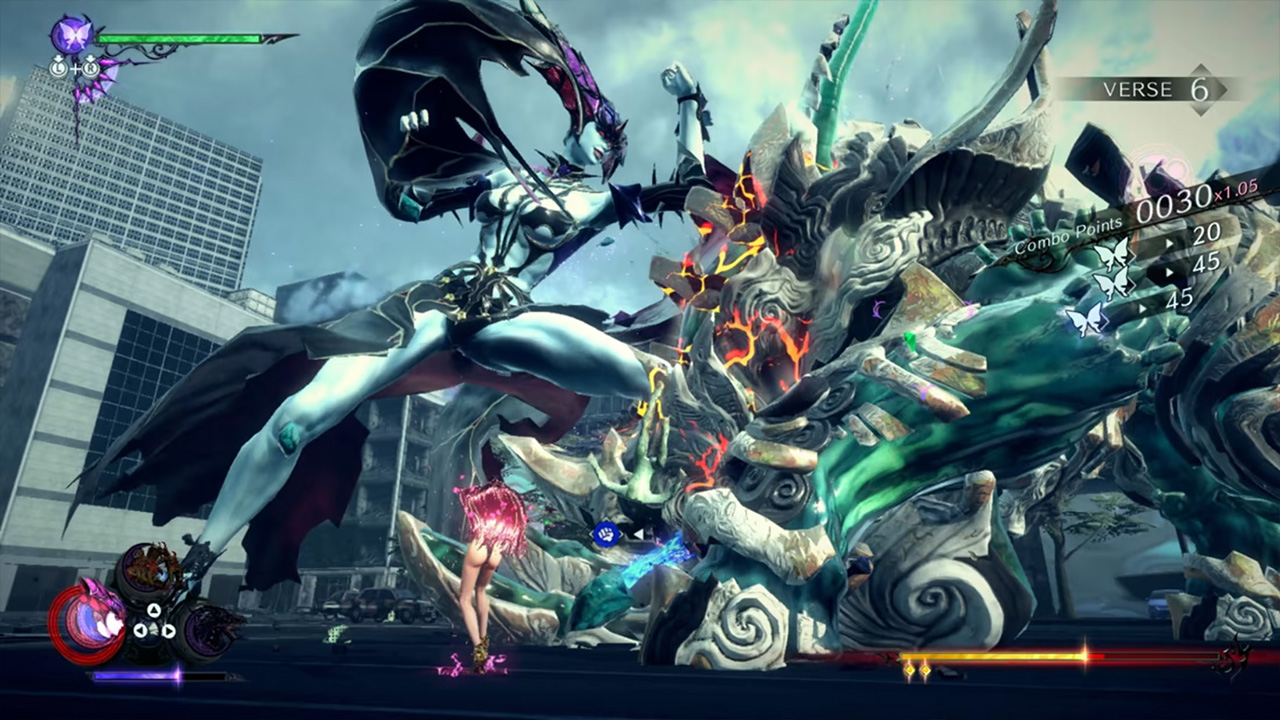 That leads to one of the main systems at play here, that being Bayonetta’s ability to freely summon her demons mid-combat rather than just for showstopping moments. Managing them during a fight while also keeping track of Bayonetta, all the enemies for dodge timings, and minding the occasionally uncooperative camera can feel overwhelming – like controlling two characters simultaneously in a fighting game. As several instances has shown though, that’s absolutely possible with enough practice, and once you master all its layers, Bayonetta’s combat might be some of the finest on Switch.

Her supremacy on the system does come with a few asterisks. For one, the just mentioned camera can cause some issues. Early on in the game there are several times where things zoom out if only to give a sense of scale, losing Bayonetta as a focal point of the action. Other times the sheer amount of enemies and summons on screen can make things tricky.

I’d call those manageable and situational. The real drag is that the Switch just isn’t the best platform for this game. I say that with full awareness of the circumstances that make it the only place where Bayonetta 3 could be possible. Performancewise, it just isn’t at an ideal state, particularly in handheld. Between this and the excellent Devil May Cry 5, every platform has access to a premier stylish action game. One of those games just manages to look more flashy in the process. 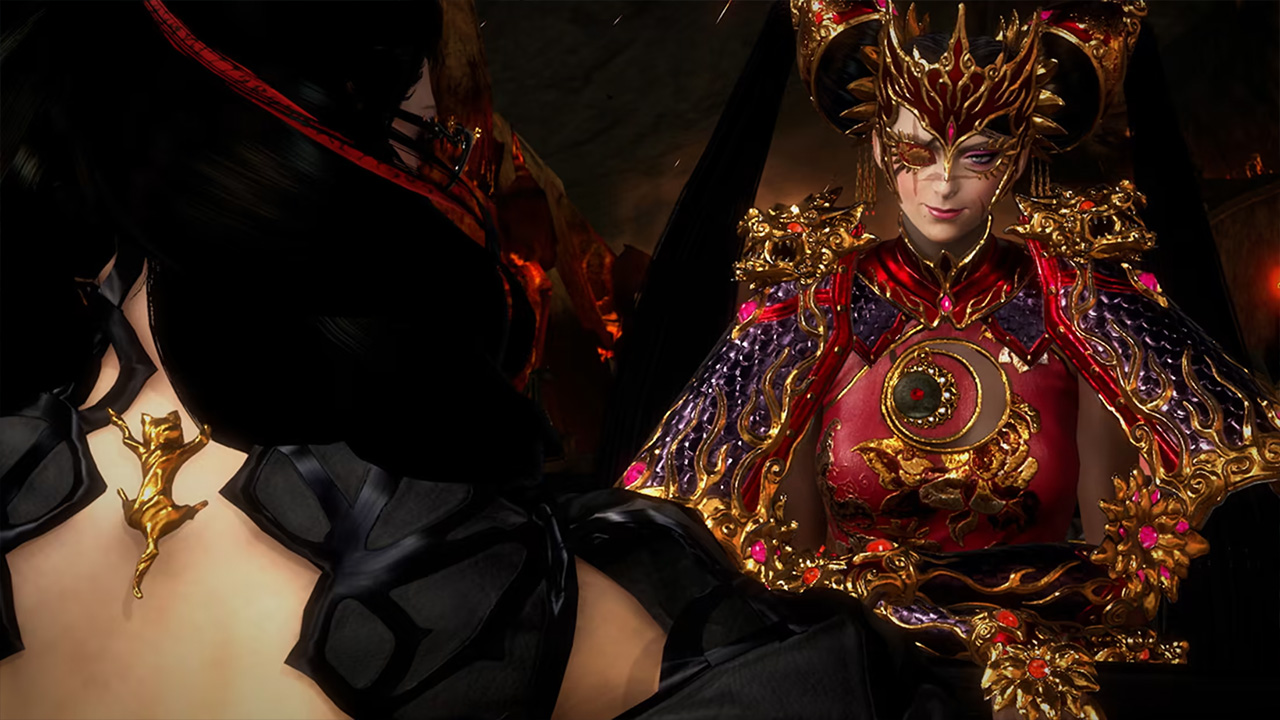 All that said, Bayonetta 3 embraces its over the top charms and scale to the fullest, and for that I’ll forever be greatful. It is a privelage to intimidate a wild demon with innuendo shortly after surviving a pleasure cruise that could only be described as Emmerich-esque, or to have full control over an infernal steam engine as I please.

Or at least that would be the case if the game stuck with what Bayonetta does best.

As mentioned, Viola is also here as a playable character. And I like her. Her animations are great, her battle music is infectious, and as mentioned before most of the narrative threads concern her instead of Bayo. Her combat just isn’t as deep as the most experienced Umbran. You’re locked into the same weapon, one demon, and a parry instead of the more fluid (and forgiving) dodge whenever decides it’s the riot girl’s turn. On her own it’d be fine, but next to how much freedom and depth Bayonetta’s moveset has it’s unfortunate.

Jeanne’s stealth missions are an oddity in their own right. I didn’t loathe them, and having paletta cleansers in a game like this makes some level of sense. I just couldn’t really figure… why they’d be the go-to option to suit that need.

In the end, the most rewarding aspect of Bayonetta 3 is playing as Bayonetta herself, particularly once fully equipped. It’s at that point the game feels opened up to you, and going back to chase higher rankings by replaying stages is most entertaining. That’s not to say the road to that portion is a slog, as the events and situations that dress the story are still that trademark sense of PlatinumGames constantly outdoing themselves when it comes to plausibility and scale. 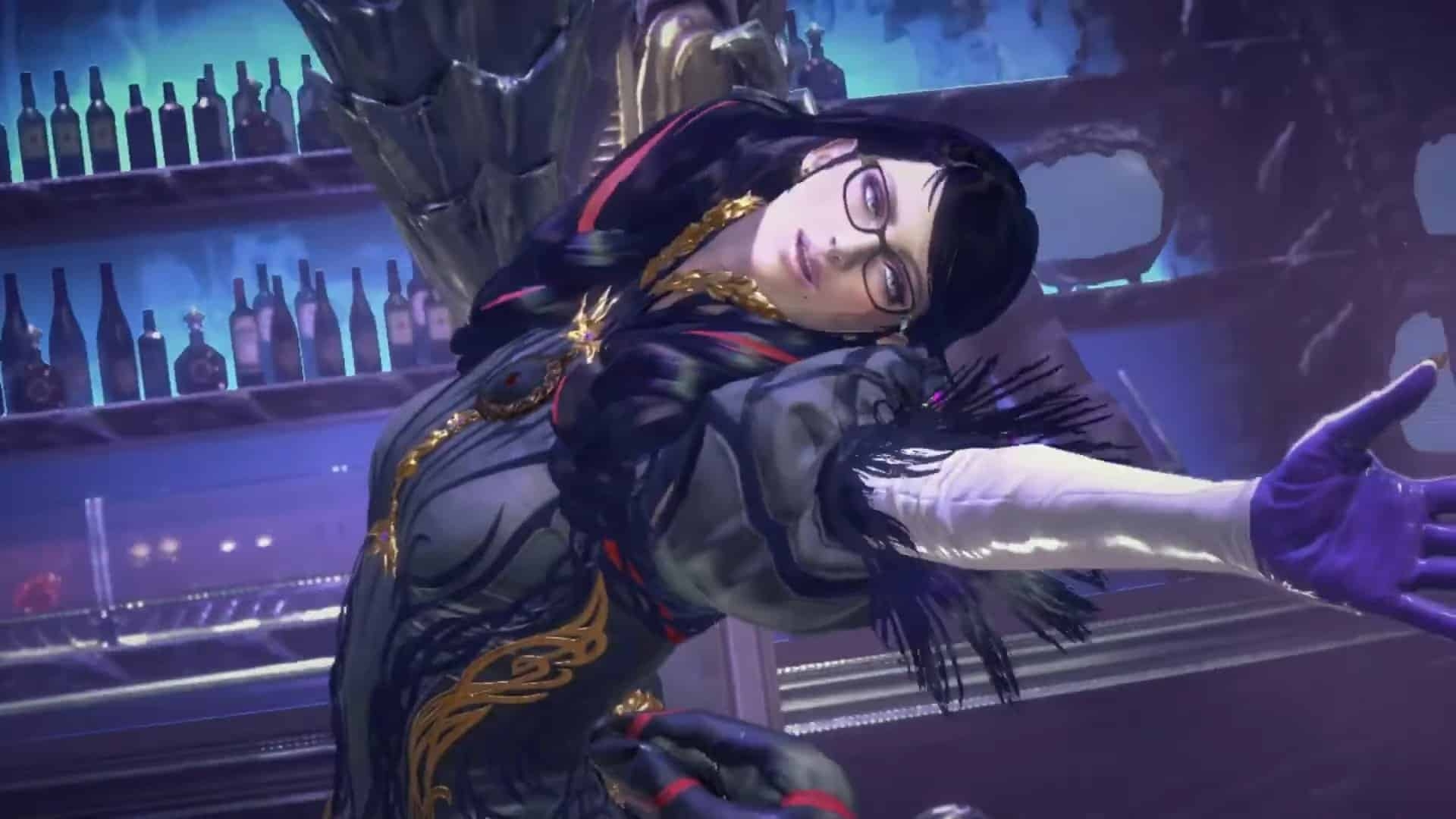 Ultimately I enjoyed my time with Bayonetta 3, though perhaps not as much as I had hoped I would. It’s still more than welcome to a place in the Switch library, but it somehow feels less ambitious than Platinum’s earlier Nintendo exclusive Astral Chain despite all it does well. Unlike that game, Bayo3 does come with a sense of being held back on a technical level, unable to fully embrace the scope its cutscenes shoot for. So long as you can handle those shortcomings, the fluid and free combat and overabundance of camp are as fabulous as ever, and well worth a third go around. 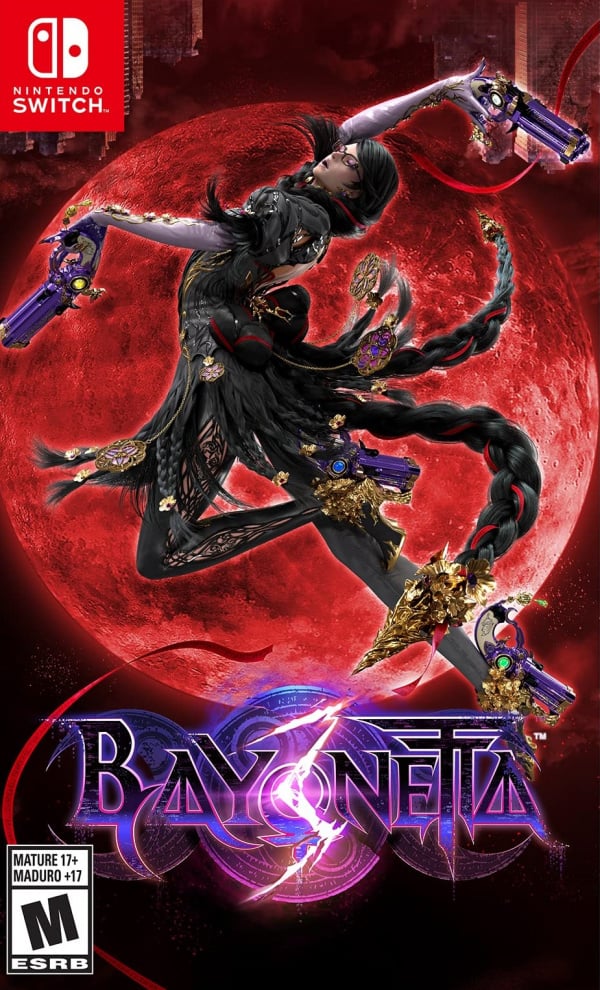