Despite effectively being Sega’s original mascot, Alex Kidd has only seen ports for over 30 years, with the last brand-new entry being 1990’s Alex Kidd in Shinobi World.

The big-eared hero might be getting a second chance, though, as the fans of the series at Merge Games and Jankenteam have teamed up to remake the series’ very first entry with Alex Kidd in Miracle World DX.

“Remake” might be too strong a word, however, as this new game is more of a remaster in most respects. Aesthetically it’s a stunning overhaul, with every sprite being redone at a higher resolution with plenty of frames of animation to go around. Alex’s punch, for example, goes from being a simple one-frame attack to a fluid one-two combo if you hammer the button, making it even more satisfying when it connects. Backgrounds are also highly detailed, and the faces of enemies and Alex himself are very expressive. 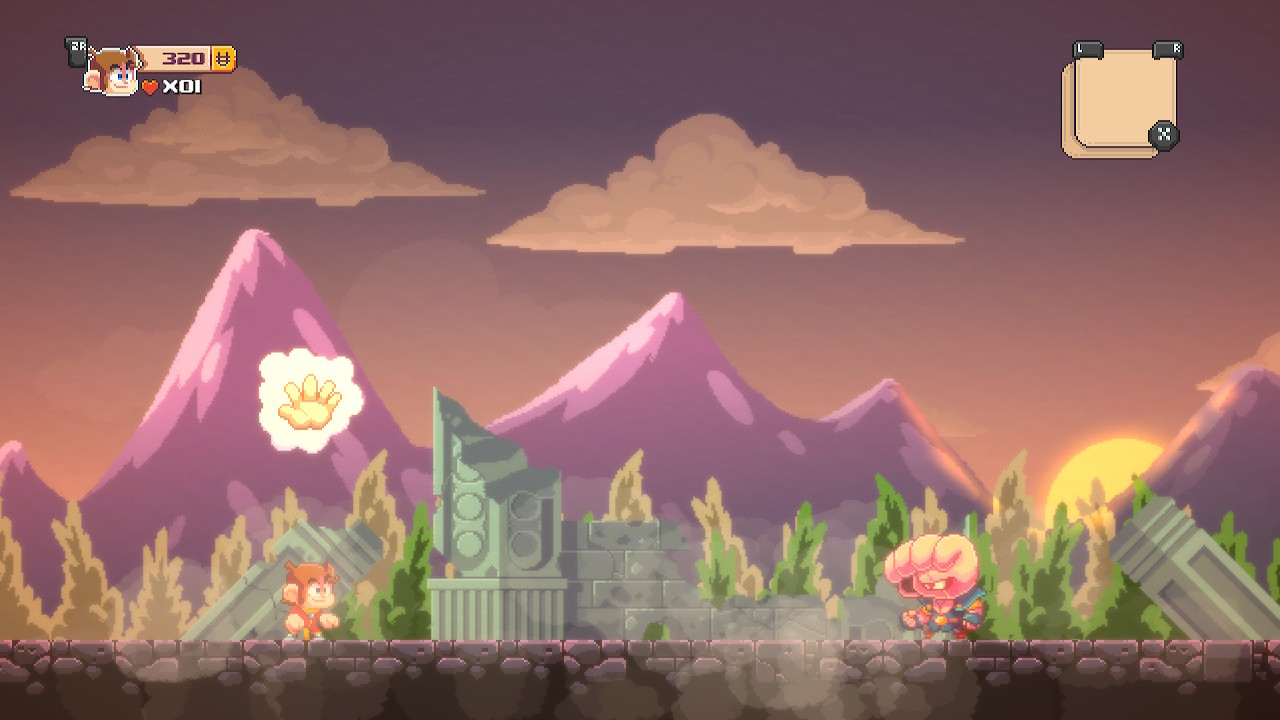 Honestly, the only complaint I have visually is that sometimes Alex’s 3D-animated scarf can be slightly distorted for a fraction of a second, but that problem is literally blink-and-you-miss-it.

The audio is similarly improved, being completely redone from the original 1986 game’s bleeps and bloops. While the loops are a little brief, they’re undeniably ear worms, and sound effects are made much more, well, punchy.

Those who want to experience the game as it originally looked, however, can simply tap the ZR button and see the game screen warp back in time to the classic spritework and music, which only emphasises how far the graphics have come. 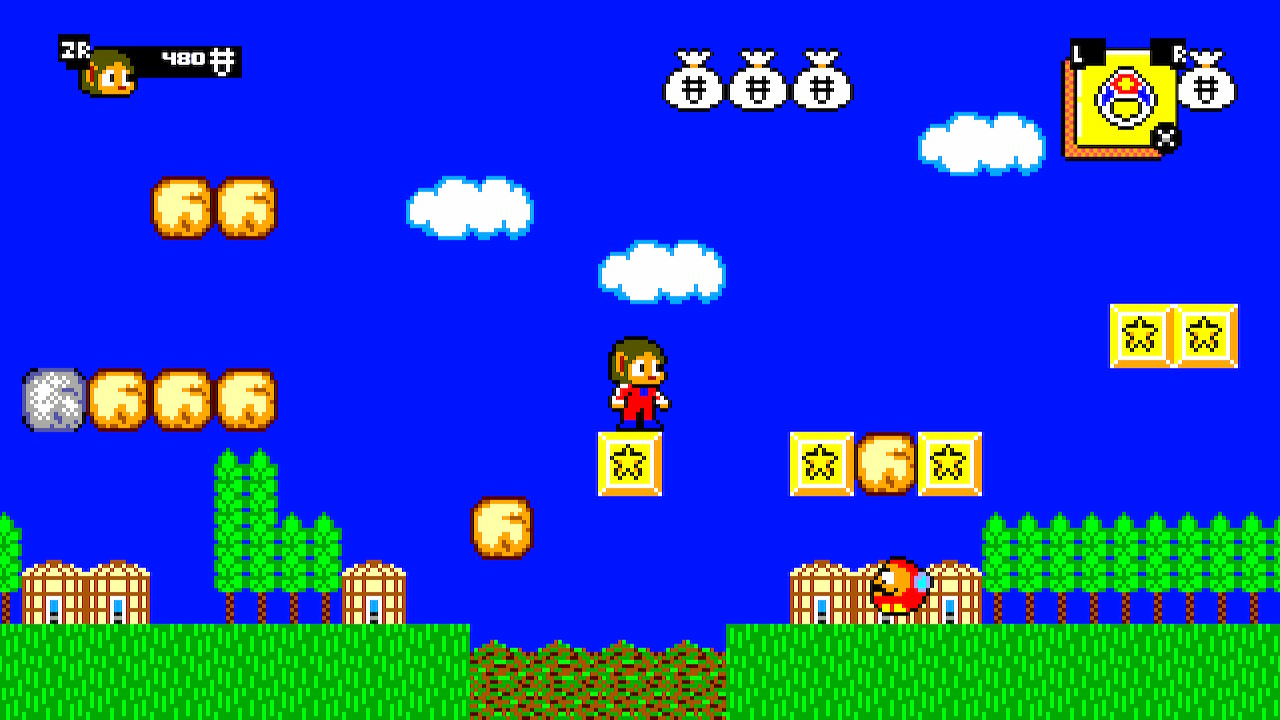 As for those who want to make it even more old-school, finishing the game will unlock “Classic Mode” which is an even more faithful recreation of the Master System original.

The gameplay isn’t really touched by comparison, and that’s where Alex Kidd in Miracle World DX might lose some players. Being a pretty early platformer from a developer that was established in the arcade scene, Miracle World is punishing. Unless he’s riding a vehicle, Alex can only take one hit and he’s dead, and without the ring that allows you to attack from a distance his punch has an extremely short range. Needless to say, if you rush through, you’re going to accidentally bump into enemies. 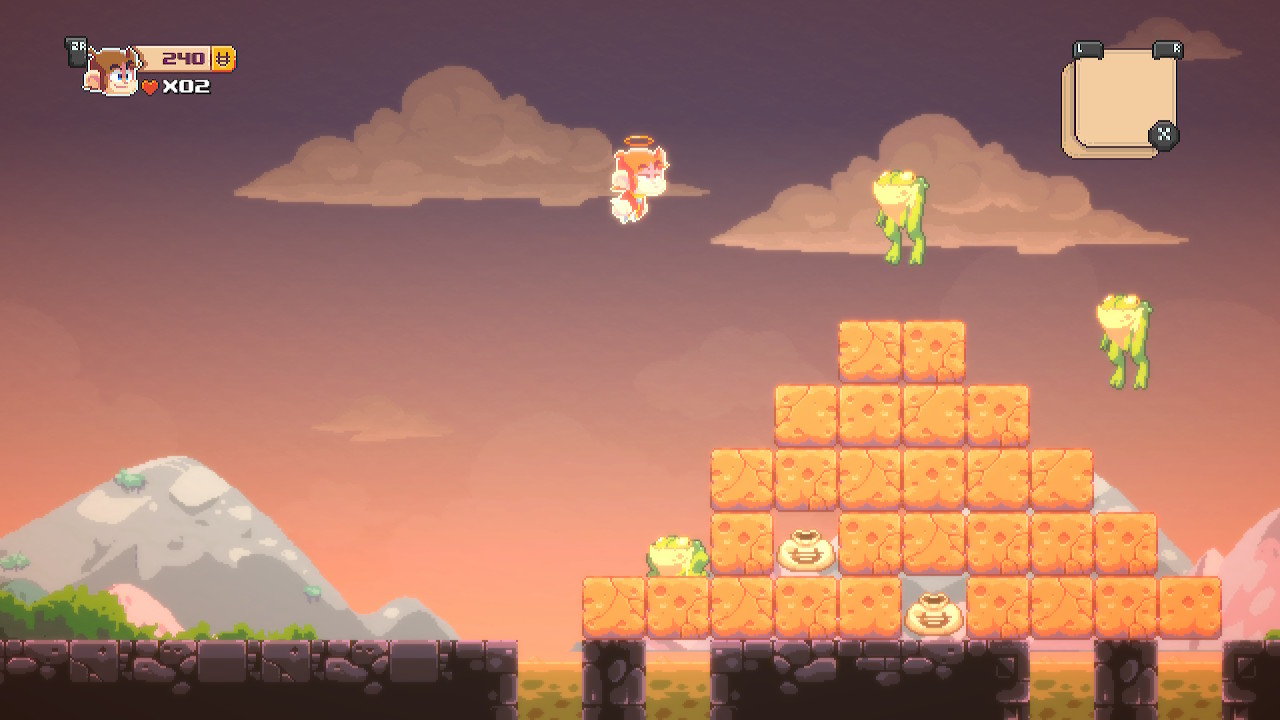 While that can be overcome with skill, the iconic rock-paper-scissors “boss fights” are essentially random, at least until you manage to snag the item that lets you read minds. There’s an undeniable frustration to making your way through an already tough level only to be Game Over’d by happening to choose rock instead of scissors, but at the same time it gives the game a unique identity unlike other platformers of the time.

Thankfully, the DX remake tweaks the experience to be a bit more welcoming. For starters there’s the Infinite Lives option, which simply makes it so Game Overs are no longer a thing, letting you keep retrying from checkpoints. Later boss fights are also made more active and engaging than simple rock, paper, scissors matches. Then there’s the fundamental improvement that is expanding the screen from 4:3 to 16:9, giving you much more time to react to oncoming enemies in certain sections. 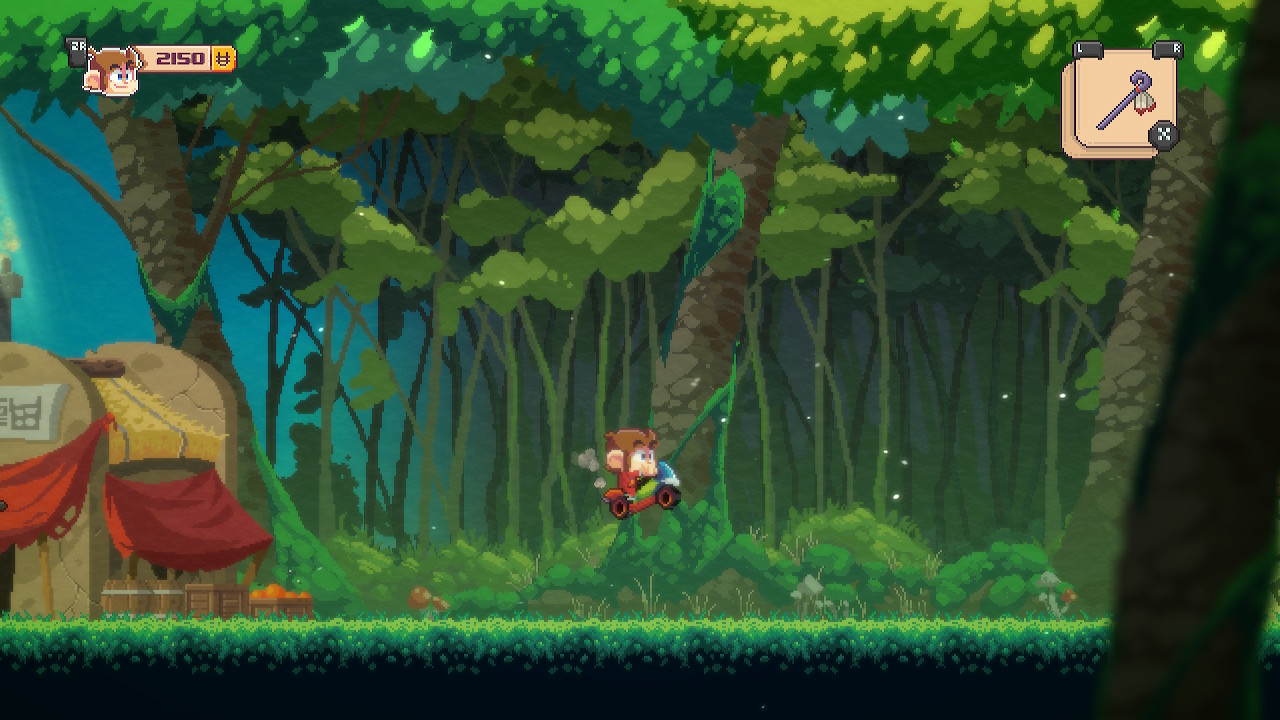 Still, there are more than a few archaic elements that will throw newcomers for a loop. One notable example is a section in which Alex must navigate a seemingly impossible maze of spikes underwater, where the solution is simply that unless you’re pressing up, Alex’s head will simply bounce off any spikes above him.

Alex Kidd in Miracle World DX is a beautifully faithful remaster of one of Sega’s first landmark console titles, and it’s a very solid way of experiencing that slice of gaming history. Just be prepared to die a fair few times on your way to save the day. 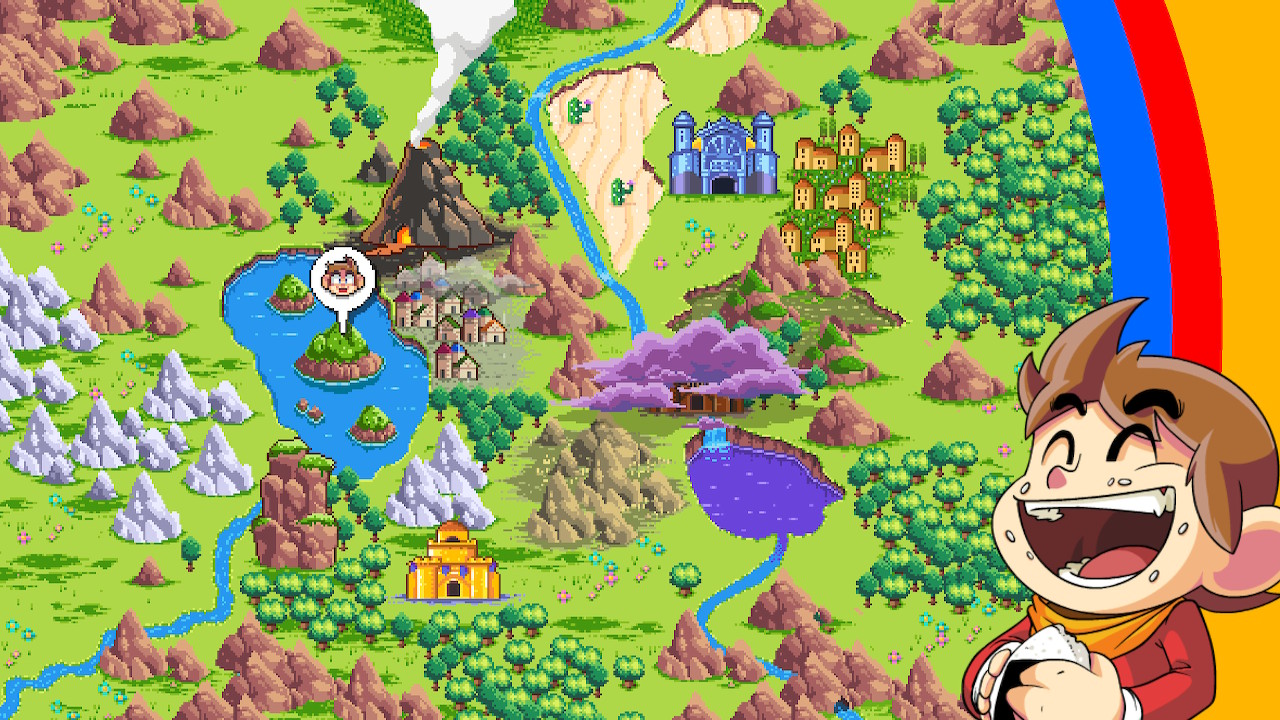 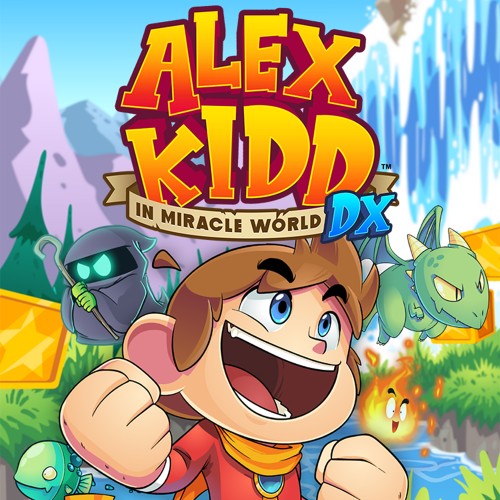