The world of games criticism (and even casual discussion of the medium) is filled with “-likes.” Roguelikes, Soulslikes… we call Metroidvanias Metroidvanias because we had two examples to pick from instead of just one. Even first person shooters were once upon a time simply called “DOOM Clones.” The reasoning for this shorthand is pretty simple – it makes it quicker to explain the essence of a game so that someone can determine if they’d like it or not, while also allowing for comparisons within the genre. If you can’t fit a game into any one box, just smash on some prefixes or compounds til you’ve got an action-strategy real-time RPG. But in hastening to simply describe games based on other ones they remind us of, we run the risk of overlooking their individuality and failing to consider them on their own merits. 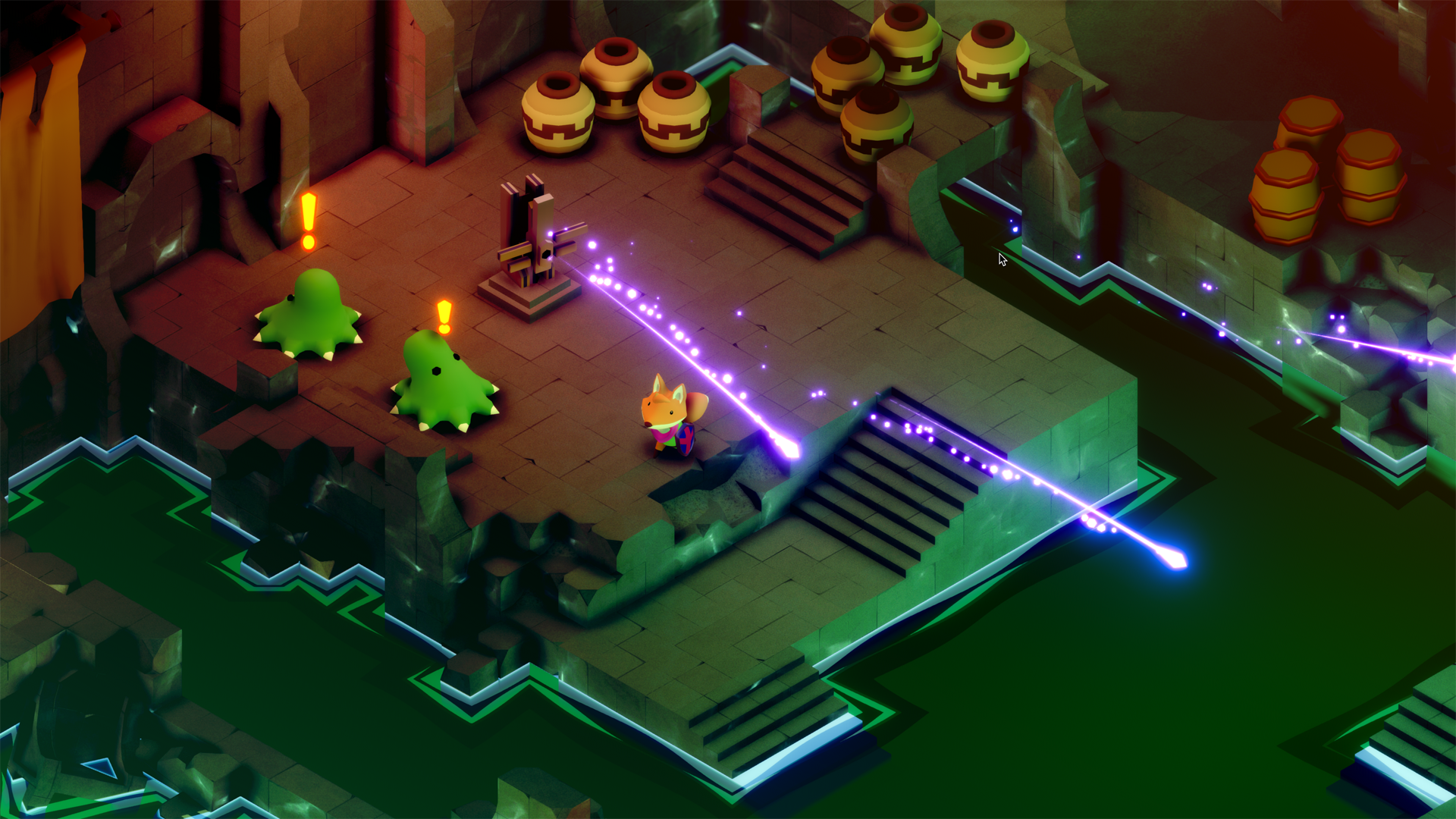 Tunic – designed by Andrew Shouldice and published by Finji – will, with a glance at its sword and red/blue shield wielding protagonist in the eponymous green tunic, bring a certain Nintendo franchise to mind immediately. If there exists a review of the game on the internet that somehow does not mention The Legend of Zelda, then the reviewer has either issued a challenge to themself or has just seen daylight for the first time after years spent living under a rock. The exploratory puzzle-heavy action adventure game very transparently wears its inspiration on its sleeve. But to simply call it a Zelda-like (or worse, a clone) is to diminish the wholly exclusive qualities this very interesting little indie title possesses, expanding the nature of overworld puzzling to encompass its entire nature in a truly unique way.

Tunic is the story of a little fox who wakes up on a beach. From that simple beginning, the fox discovers a bigger creature (“The Heir”) imprisoned within a metaphysical jail, journeying to break them out. This simple premise is delivered almost entirely without words. In fact, basically all information in the game is dished out this way. Tunic’s main conceit is that the central language of the world is spoken and written in arcane symbols, interspersed with only the occasional bit of English. The very functions of the game aren’t known to you until you pick up pages of a manual strewn about the overworld – and those pages themselves require much scrutiny to parse apart, turning essentially every aspect of the game into a puzzle. 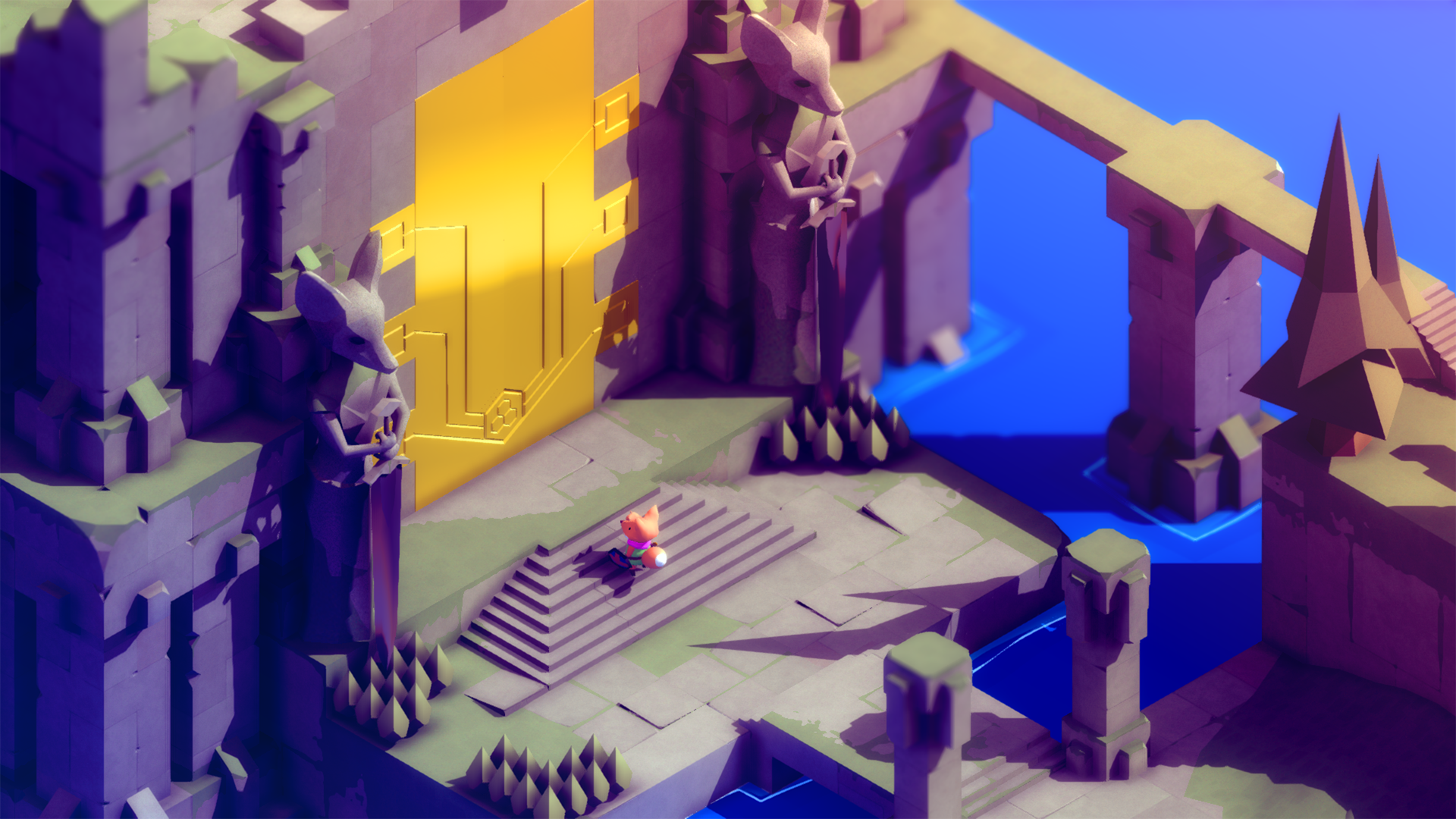 Games – especially in the mainstream – have moved more and more towards sheer convenience as time has gone on, so to have one where obtuseness and disclarity isn’t merely a presence but in fact the main feature is intensely interesting and honestly fun. Learning how to spot typical perspective tricks in the environment that mask secret passageways, using just one new trick to open up new swaths of the map, parsing apart the function of in-game items – it has a lot more trial and error than simple and intuitive understanding, and while that seems like it would be frustrating (and it admittedly is on occasion) it makes for a fresh and inventive experience.

Knowledge is the main tool of progression. There are technically things you could do at the very start of the game that you technically won’t learn until near the end. Progression is carefully divvied up so that it’s all relatively (but not entirely) linear. There are certain items that expand your toolkit too – one of your first tasks is finding a proper sword – but they’re sparser than the typical game of the genre, making each addition feel more valuable and interesting. And there are a host of consumable items dished out with just enough frequency to be useful but not enough so to be abused. It’s also quite the experience to try out items for the first time to see what they do, since the game doesn’t outright tell you. 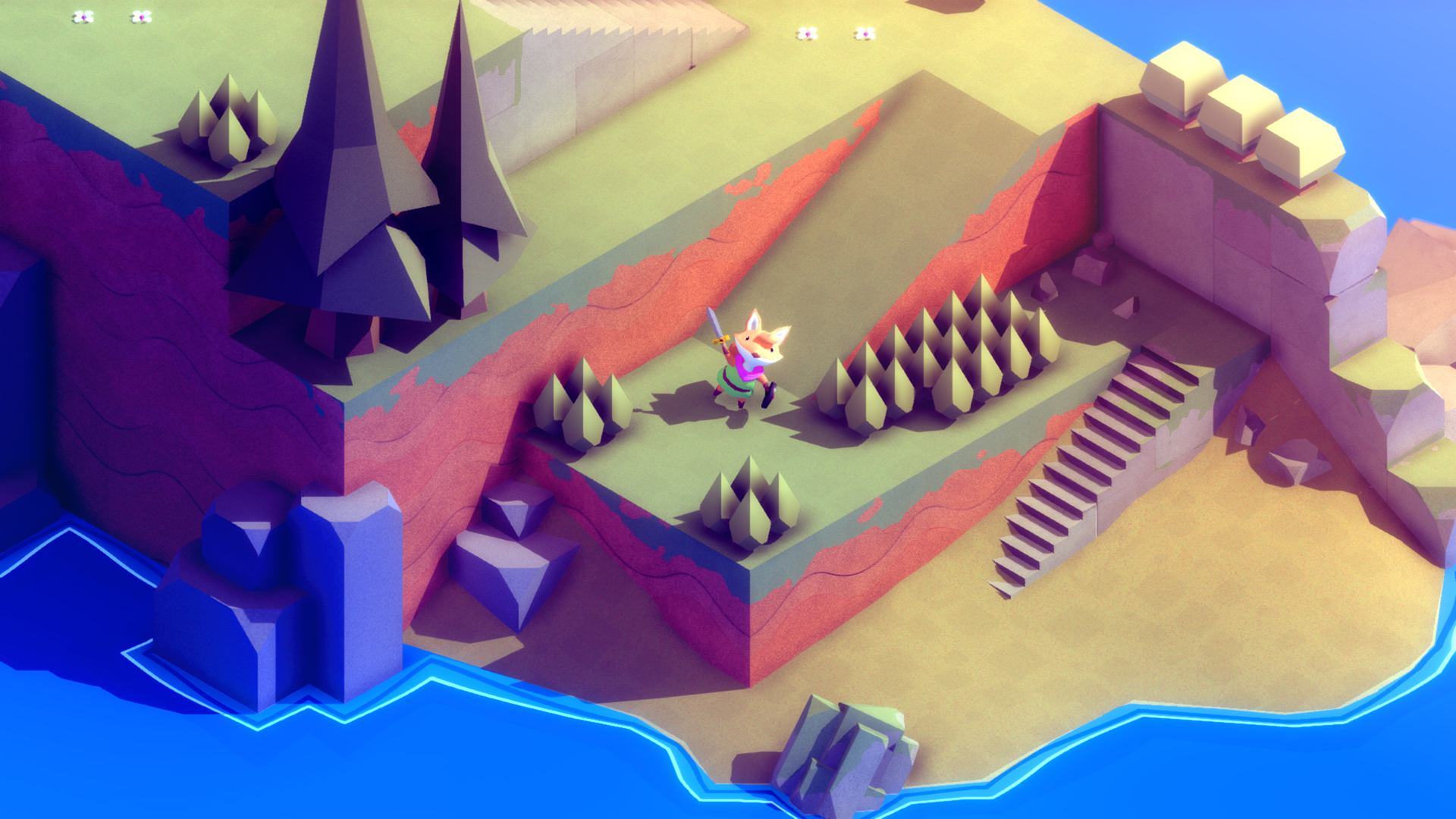 The other striking aspect of Tunic is the aesthetic, which is a crisp, somewhat minimalist artstyle with detailed lighting and a generally sparse soundtrack. I’ll be honest – I don’t think the graphical look translated to Switch particularly well, mostly due to a halved framerate and slightly reduced fidelity (for reference, I played the entire game in handheld mode). The game can occasionally hiccup and freeze for a few frames right in the middle of combat, and the lighting (mostly when resting) can get a little wonky. It’s perfectly serviceable still, but when silky smoothness is a key component of the aesthetic, even a little bit of roughness hampers the overall appeal. And the soundtrack, while pleasant, isn’t particularly memorable.

Tunic, not confined to pure puzzling, does have sword and shield style combat. Your little fox character doesn’t strike as fluidly as Links of yore, slashing and stabbing in weightier motions with a limited dodge and a stamina-affected shield. Combat strikes a nice balance where being too offensive or too defensive will hamper you, meaning you have to either get creative with your tools or deft with your blade and buckler. While the fights are engaging enough, enemies that respawn after rest spots and some harsh difficulty spikes towards the end of the game make it more of a slog than it needs to be. As a result, the combat mechanics are more serviceable than a true blue selling point. 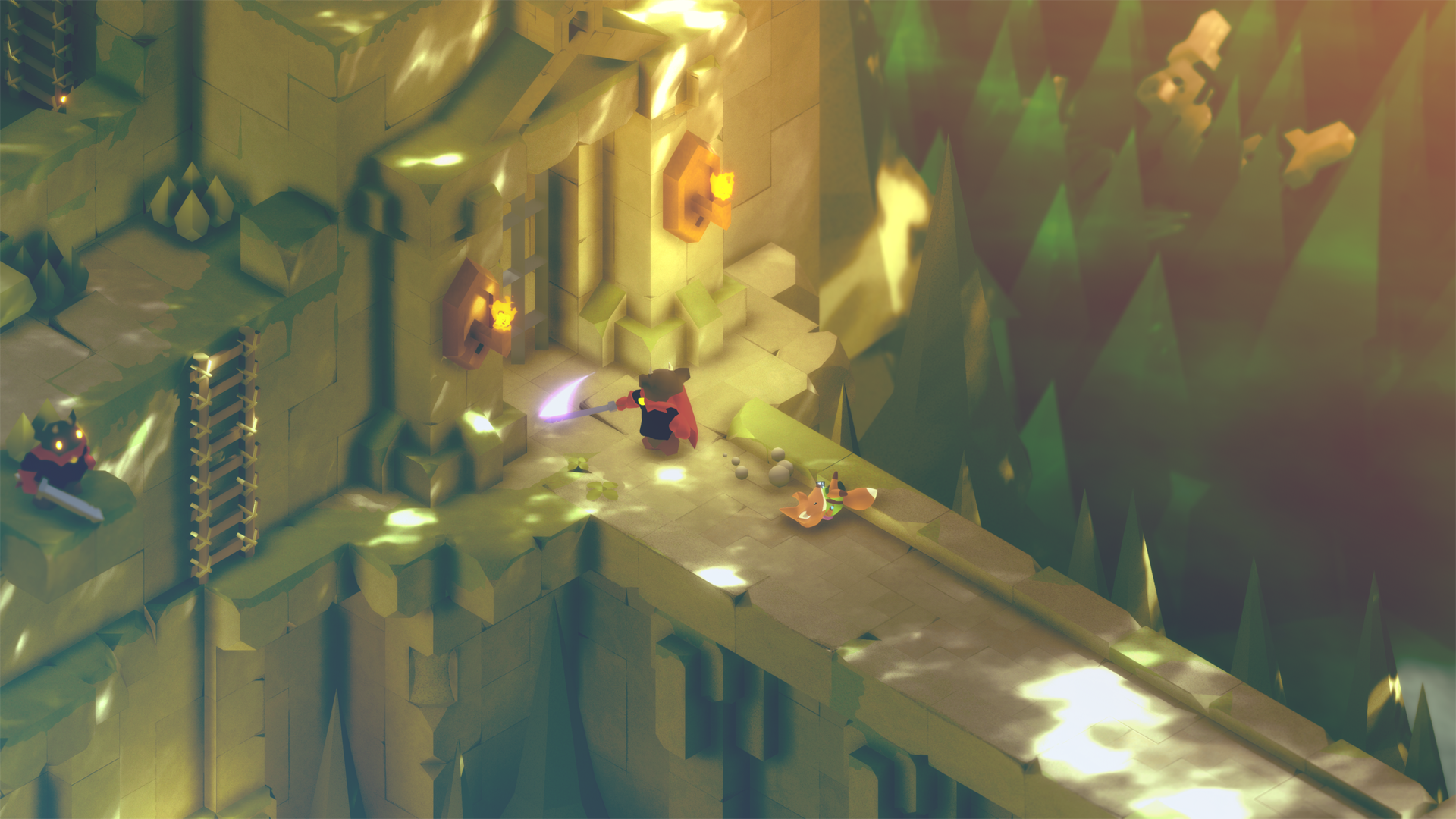 The puzzling, too, gets a bit too harsh at points. Again, unraveling the mechanics can be gratifying, even enthralling, but other times the way forward or even just where you’re supposed to go can be frustratingly unclear. While there are extensive guides for the game and how it works, looking those up defeats the entire purpose – and yet I was left with no other choice but to do so in a handful of instances. Coupled with lore that is delivered in a similarly arcane manner (even if the basic plot beats are grasped easily enough) and it can get to the point where you’re slamming your brain against the wall like any hardcore brainteaser. Not to mention the beginning and ending of the game are a bit weak, each for different reasons (the beginning is slow, the end is tough).

Does that mean Tunic isn’t worth playing? Far from it – it’s a very clever little game that, at its best, borders on genius. At its worst, though, it can feel like more experiment than fully realized idea, one that required just a bit of fine tuning to make everything click into place. It might be better experienced on PC or another platform whose capabilities can fully realize its particular sense of style, but even on Switch it’s still a one-of-a-kind adventure that elevates a tradition as long-lasting as the Zelda Puzzle to a whole new level. While not exactly the sort of game you can kick back and relax with, it can be quite the 15ish hour adventure to sink your teeth into. Who knows? We may be talking about Tunic-likes one day. 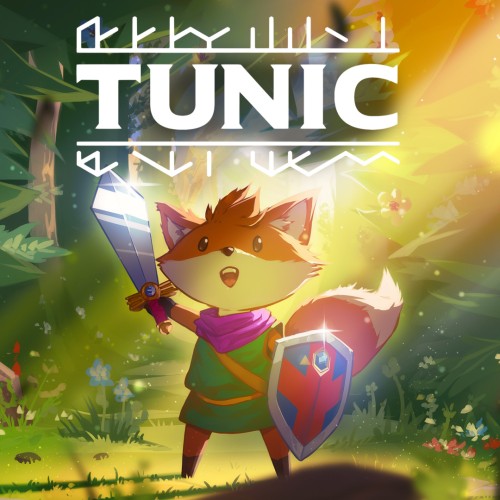