Geese are on the rise in games, and while it was a rather nasty one who paved the way, how’d you like to be a honkin’ hero for a change? That’s what Mighty Goose promises, a bite sized 2D shooter from Blastmode Games, and it delivers. Comparisons to Metal Slug are valid and complimentary, though in some ways Mighty Goose doesn’t quite have the legs or wingspan to leave a lasting impression. That doesn’t make the time spent playing it any less enjoyable.

While the story doesn’t get a lot of attention, there is one here. You are the Mighty Goose, a known intergalactic force and gun for hire with mechanical arms and armaments. Across multiple planets you’ll be rescuing other animals/aliens with a whole lot of bullets fired along the way. It’s the gameplay itself that made Mighty Goose most entertaining, but the occasional line or character name would get a genuine laugh out of me – especially you, Regular Duck. 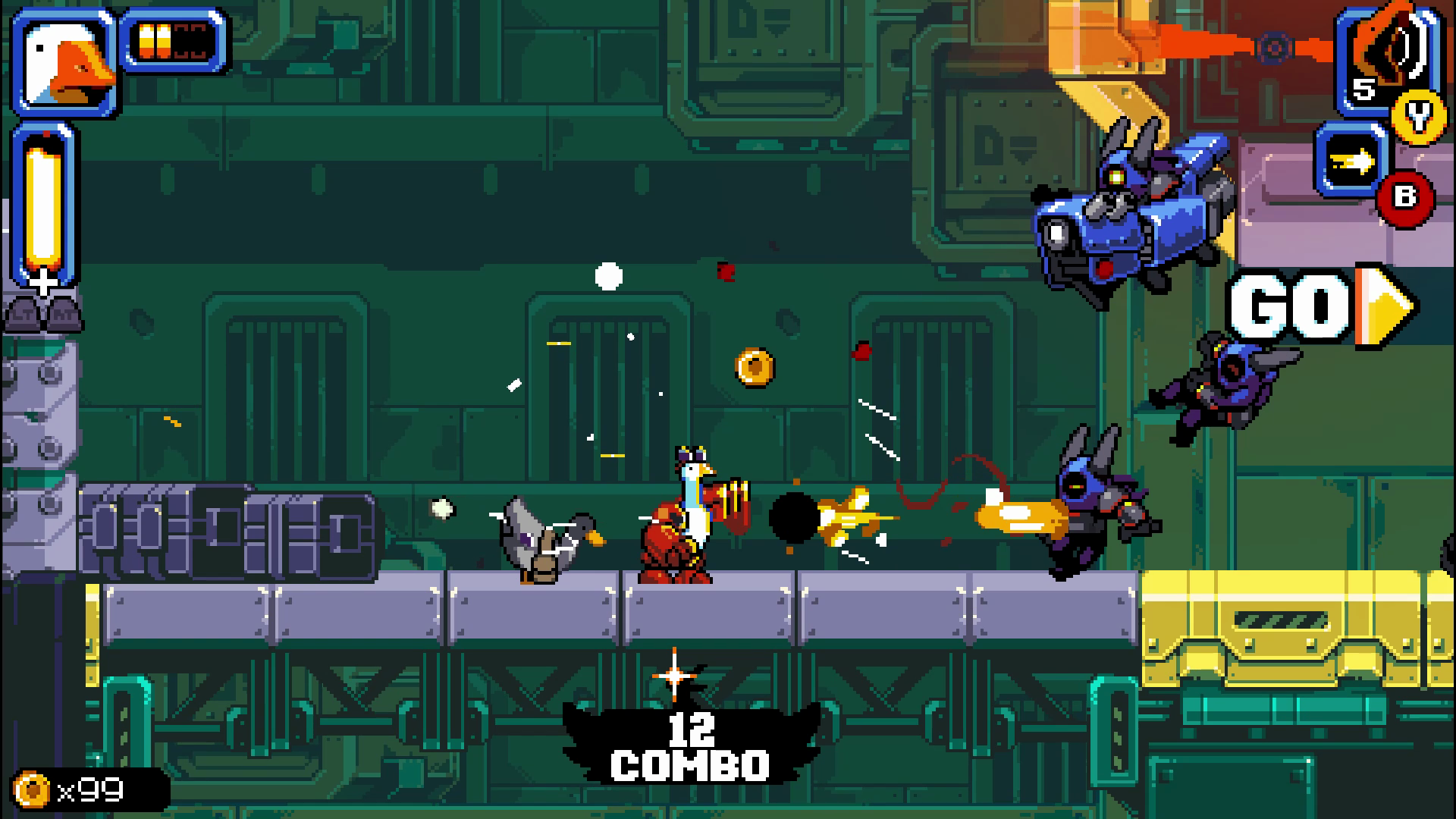 As mentioned the action is reminiscent of Metal Slug, complete with weapon pickups getting called out by an announcer and various vehicles to pilot. The gunplay itself is simple but satisfying, from the common machine gun to the awesome power of the tesla coil. Outside of the ability to fire downward in mid-air to get some lift and a mechanic I’ll get into shortly, there isn’t much else going on with the game. It’s about getting from A to B while peppering everything in your way with lead and lasers, and in a way that’s perfectly okay.

What isn’t is how lacking some aspects of the game can be. There are both recruitable companions that can offer up ammo or other occasional help and an upgrade/custom load-out system found back at your home base but they rarely had an impact on what I was doing or how I was playing. They’re there, and they might influence some actions versus another, but it all felt understated compared to how over the top and efficient the normal runnin’ and gunnin’ is. 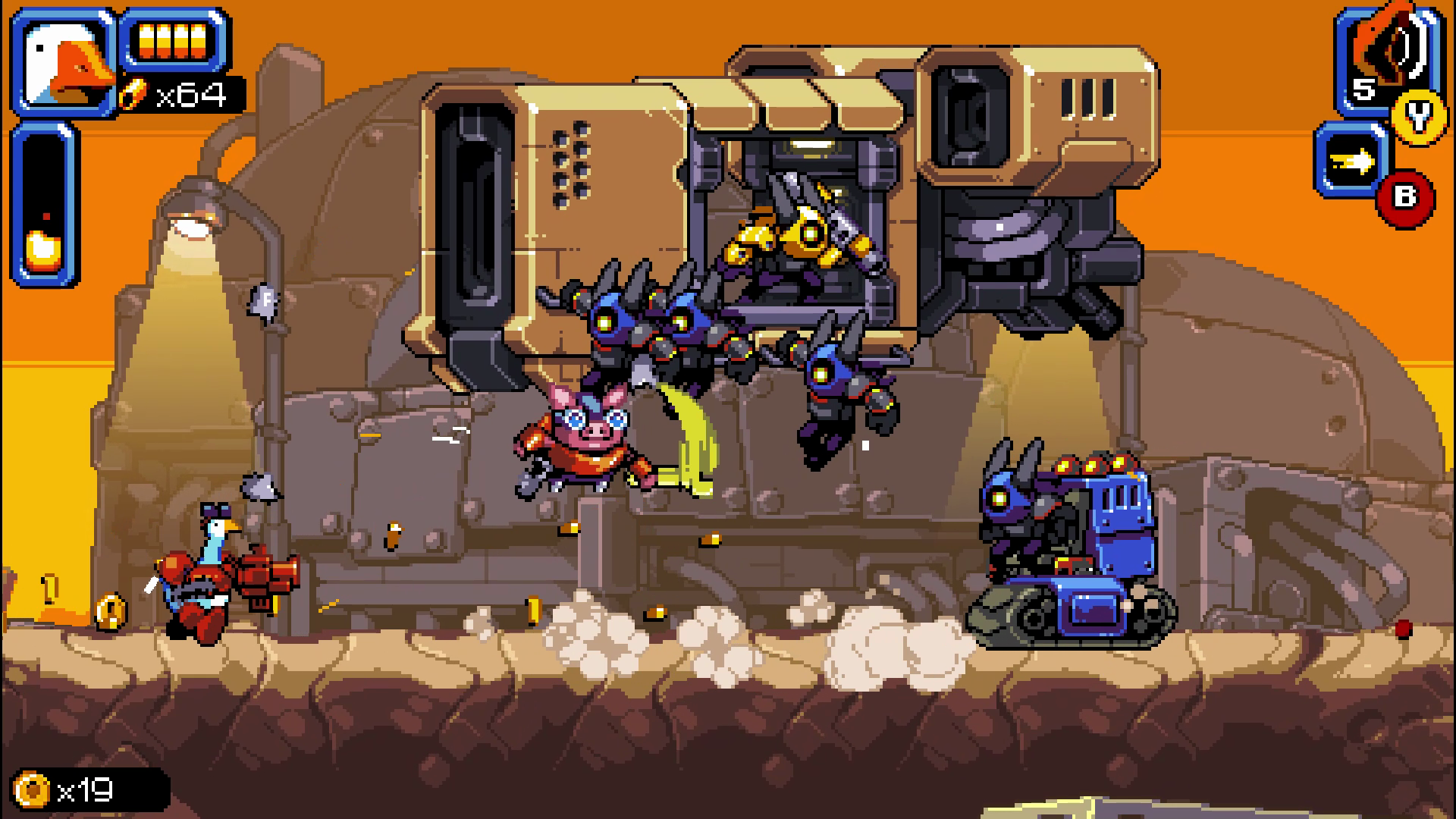 Enemy variety can feel shallow and repetitive during stages, but as fodder for your firing they work. Bosses on the other hand can be more unique and enjoyable. There’ll be war machines, giant creatures, and even single opponents more your size to contend with. Compared to the stages they did cook my goose pretty regularly but usually had a checkpoint right before the encounter. Dying has an effect on your overall score for a stage, but on respawn you’re usually gifted ammo or a new weapon suited to the fight. Depending on your priorities it may actually be beneficial to take a few on the bill and stock up on firepower for a fresh try.

The Goose is loose

That’s not the only way to bring the heat to these bigger threats or mindless hoards. Mighty Mode is a recharging power-up mechanic that pushes the game further into absurdity. As you rack up kill combos your meter will fill, and on triggering you can not only invulnerability but your weapons will be empowered. Suddenly shotgun blasts are even more decimating bursts and that tesla coil is generating a massive ball of energy that hovers around the screen. It’s always satisfying and often ridiculous, even if all it boils down to is “more gun”. But you know, sometimes more gun is all you need. 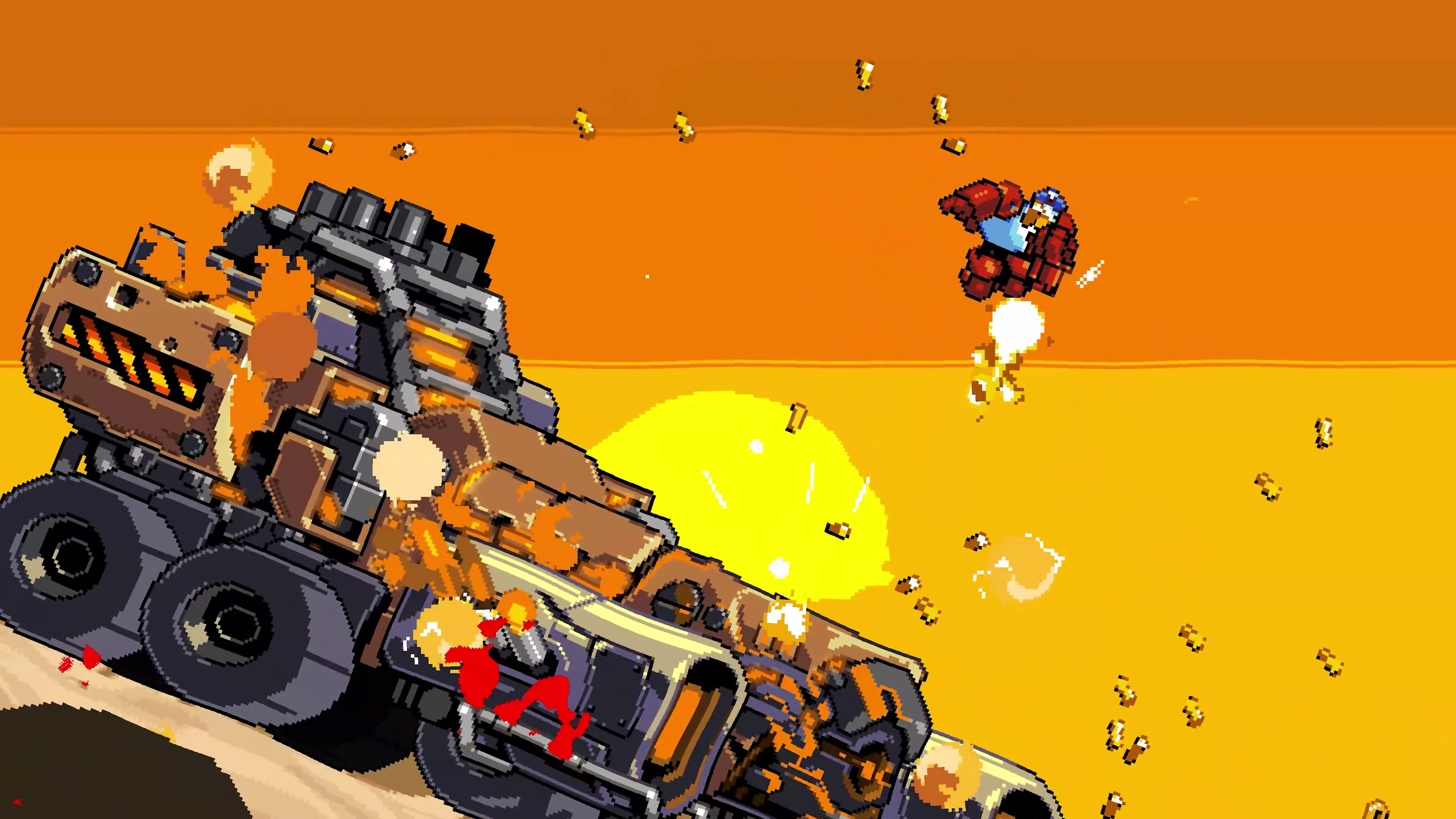 Speaking of, you’ll also unlock subweapons that can be equipped. None will be better than your starting one, however, as that’s how you have a dedicated honk button. If a goose game doesn’t have a honk button, then it can’t be called a goose game.

Not to demean any of the work or thought that’s gone into Mighty Goose, but this is some of the most dumb fun I’ve had with a game in a while. It’s simple and it’s brief, but if you accept that you’ll be able to have fun with it. Pulling off multi-kills will sometimes trigger a slowdown effect just because, and massive pixelated goose heads can pop onto the screen when things are particularly mighty. That, along with the 2D shooter fundamentals here and its vibrant pixel aesthetic make this a great pick-up-and-turn-your-brain-off kind of game. 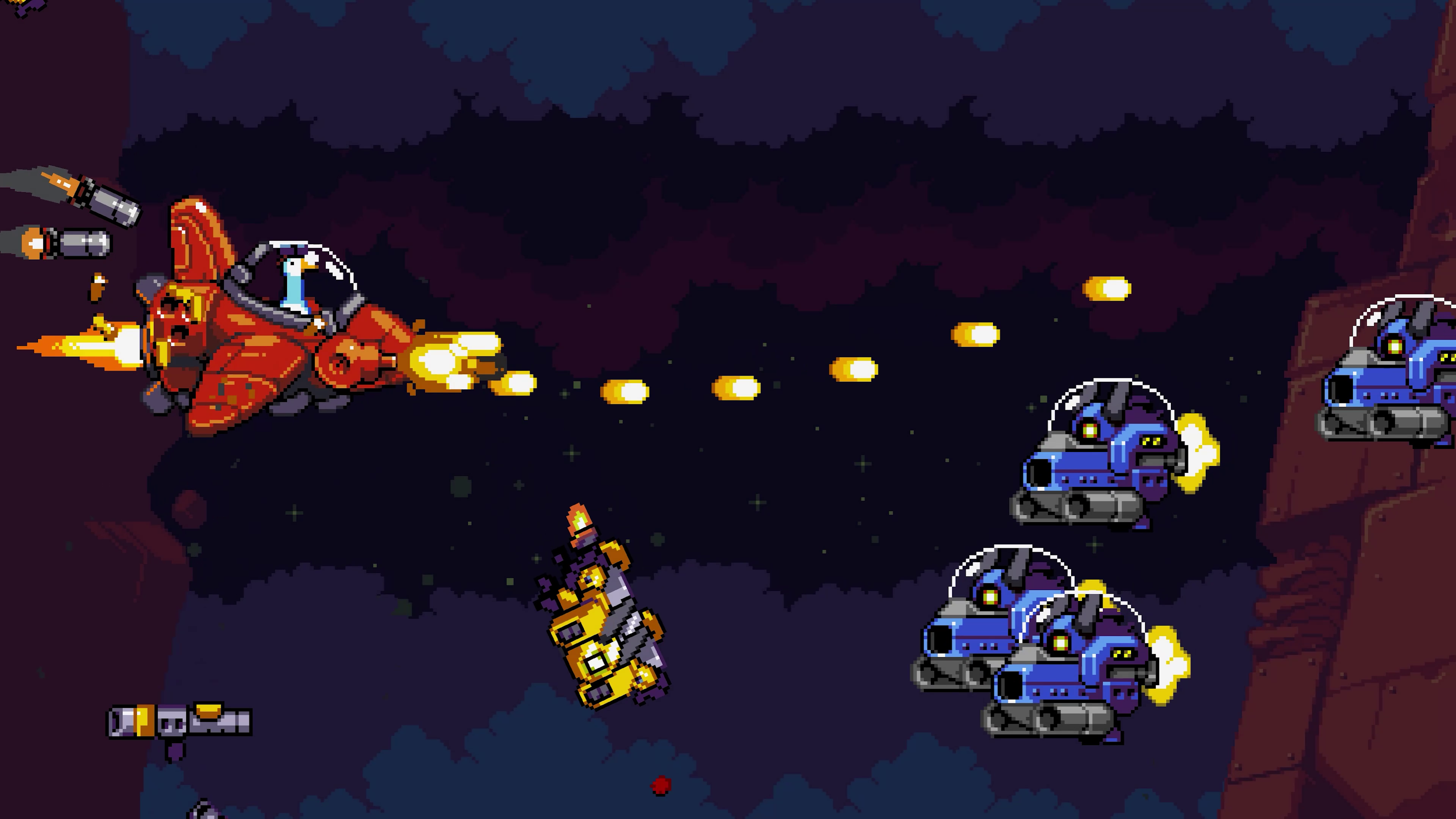 With all that in mind, the biggest question to ask is are you up for something equal parts silly and satisfying. Because this is a game that lets you ride a machine gun equipped mech cycle through the desert without a care in the world, and for that I thank Mighty Goose. There are “better” examples of its genre out there, but those will have little to no honking. If there’s ever a sequel I hope it can tighten the screws and build up from the solid framework without losing its sense of self, because if there’s one thing to compliment this Mighty Goose for it’s how comfortable it is in its mechanized skin. 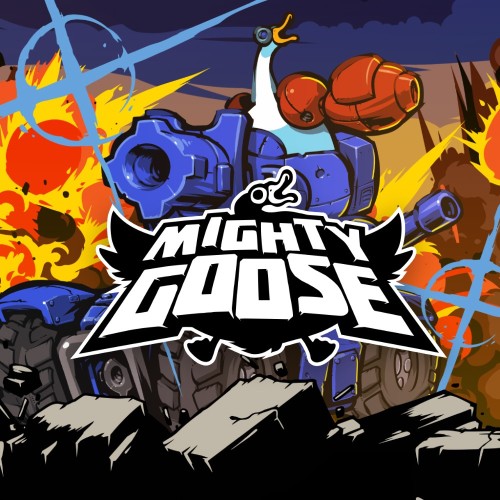