Namco’s iconic arcade shooter Galaga has appeared everywhere from a Super Smash Bros. assist trophy to a cameo in The Avengers which makes it all the more surprising that the original game has yet to be ported to the Nintendo Switch.

Thankfully Hamster Corporation is remedying that situation by releasing Galaga to the Switch eShop very soon, just as they did recently by bringing Bubble Bobble to Switch at long last. 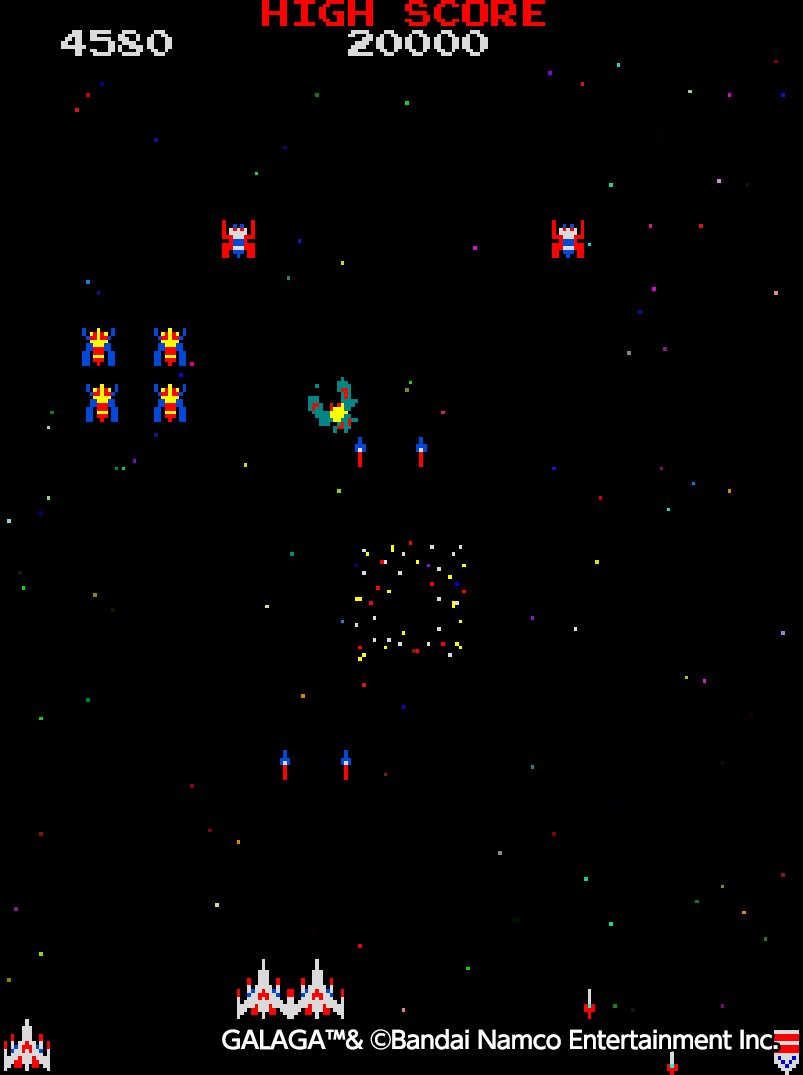 A sequel to Galaxian, you take control of a ship that sets out to defeat waves of aliens, including Boss Galaga. One unique trait of the game compared to its contemporaries was the ability to shoot Boss Galaga while it holds a previously captured ship to have two cannons at once.