Happy 20th Anniversary to the gorgeous The Legend of Zelda: The Wind Waker

Hoist a sail and set out to sea to save your sister – The Legend of Zelda: The Wind Waker is 20 years old today, having released on December 13th, 2002 in Japan.

The third 3D Zelda game made, and the first on a console besides the N64, the game was infamously divisive upon its initial reveal due to its cartoony look striking a far different chord than previous games’ and tech demos’ more realistic artstyle, dubbed “Cel-da” and decried as a game for little babies. While some version of these arguments persisted after the game’s release, they’ve all but vanished over the years as people have realized The Wind Waker’s greatness (or at least criticized it in a more tangible and fair way).

The game’s most iconic element is of course its huge, wide open ocean that Link navigates on his talking boat, The King of Red Lions. Featuring an expansive array of islands to journey to and between as well as a stunning number of little side activities (completing the figure gallery, anyone?), it’s still one of the most wide and vast Zelda games out there. Coupled with goofy and heartfelt characters, stylized enemy designs, and unique items like the grappling hook, and it’s still one of the heights of the series. Even if that Triforce hunt can be a real drag. 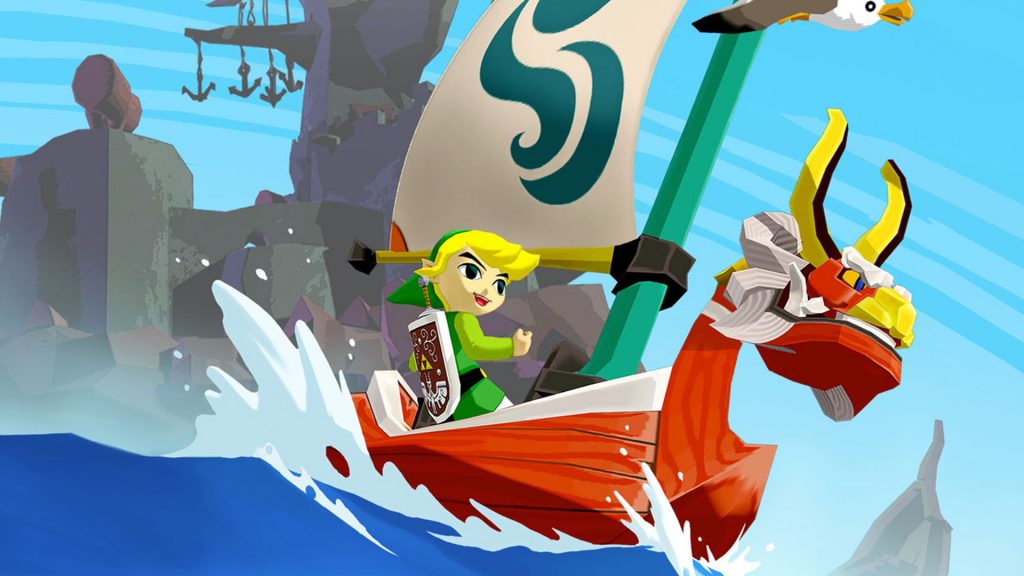 While Nintendo would stay away from “cat-eye Link” in any more of their mainstream 3D titles, the design and aesthetic would see use in a number of spinoffs and handheld games like Minish Cap and Four Swords Adventure. Wind Waker was even the rare Zelda game to get a direct sequel, in The Legend of Zelda: Phantom Hourglass on the DS (which itself got another sequel, The Legend of Zelda: Spirit Tracks). The Wind Waker also got an HD remake for the Wii U in 2013 that added quite a few bells and whistles to the game.

Will we ever see that port on Nintendo Switch too? Let’s hope so. And let’s also hope Nintendo brings back this Link design sometime. It’s been a while since we’ve seen it.