SNK announced a second Neo Geo Pocket Color Selection for the Nintendo Switch back in August and now we’ve finally heard more about the game – and it launches very soon!

NeoGeo Pocket Color Selection Vol. 2 will launch digitally on November 9th and we’ve got some fresh artwork below, giving us a tease of what’s to be included in the 10-game pack… 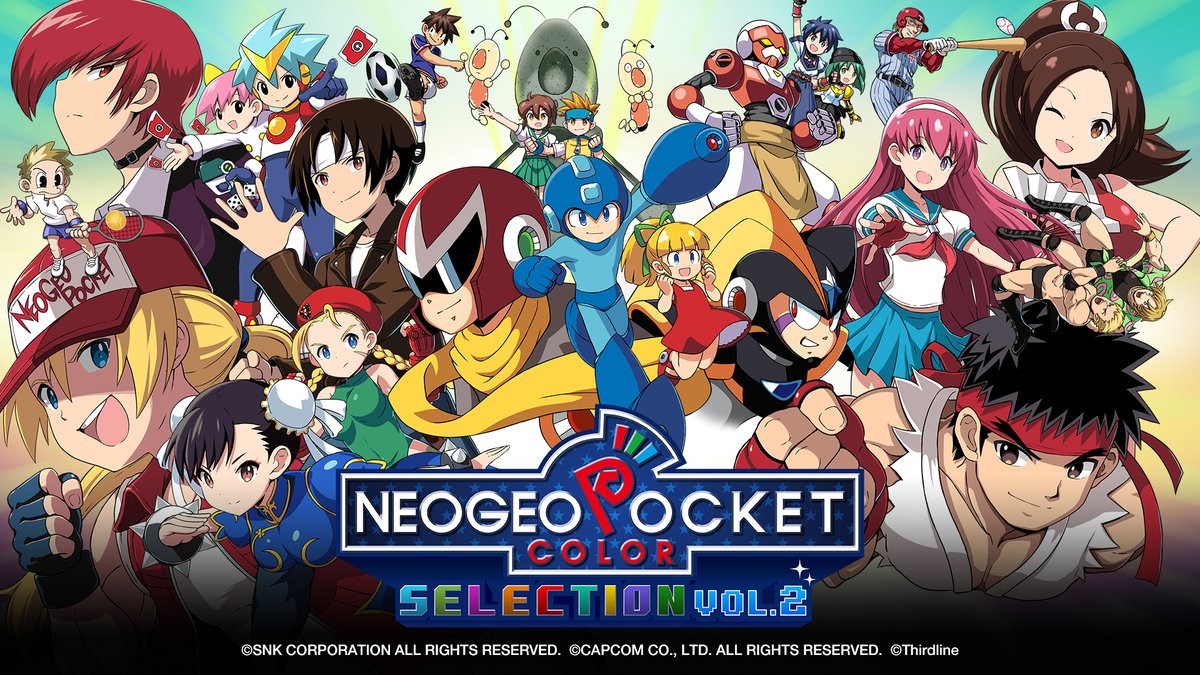 From the artwork we can assume the previously ported Mega Man Battle & Fighters, SNK VS. CAPCOM: CARD FIGHTERS’ CLASH, Biomotor Unitron, and BIG BANG PRO WRESTLING will be included. There are a few newcomers though – perhaps most notable is the bizarre virtual pet game Ganbare Neo Poke-Kun, which never left Japan.

The previous Volume got a physical release so here’s hoping this one does, too. Digital players don’t have long to wait, though, as you can grab the collection on November 9th.