Garfield is kinda like religious iconography at this point: fluid, all-encompassing in our lives, transcending the origins of itself to become symbolism with a spiritual significance. Lasagna, laziness, orange, and a pure and all encompassing hatred of Mondays: these are the core icons that have surpassed the limitations of a daily comic strip that’s been running for almost 50 years. At what point does the cat go beyond being a mere cartoon character? At what point does he become a deity?

Discover a selection of mini-games cooked up by Garfield and his friends to spice up their Lasagna Party! 🐱 pic.twitter.com/GAIxDqTXwH

Perhaps it will be November 15th, when Garfield Lasagna Party — a selection of 32 minigames and a board game you can play as Garfield, Odie, Arlene, and Nermal — launches for the Nintendo Switch and other platforms. It includes the ability to play minigames freely, and also to set up quick tournaments to play with friends. But it also does not include the ability to play as Jon. And why would it? Jon is the mortal, the human of flesh and bone who represents us all and our shackles to mortal normalcy. He is not like the divine Garf, who has apotheosized to a higher plane of existence. Yet despite our foibles, we can surpass the Jon Arbuckle within ourselves to become brighter, better people.

Garfield Lasagna Party launches November 10th in Europe and November 15th in North America. Whether or not it’s a divine text remains to be seen. 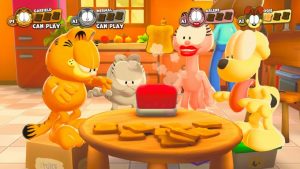 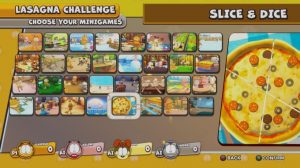 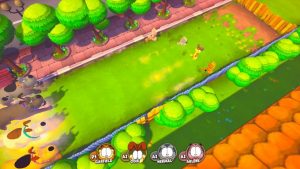 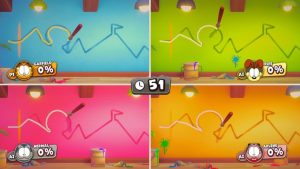