Pokémon Scarlet and Violet might be at the forefront of trainers’ minds at the moment but there’s still time to give love to the game that launched at the start of the year – Legends: Arceus.

The Japanese Pokémon Center has updated with the reveal of four new plushes releasing later this week based on some Hisuian additions to the Pokédex. Hisuian Arcanine is here, and as noble as ever, while Hisuian Sneasel and its new evolution, Sneasler, also make an appearance. Finally, Ursaluna brings its innate cuddlability to the fore with the chunkiest plush of the lot. 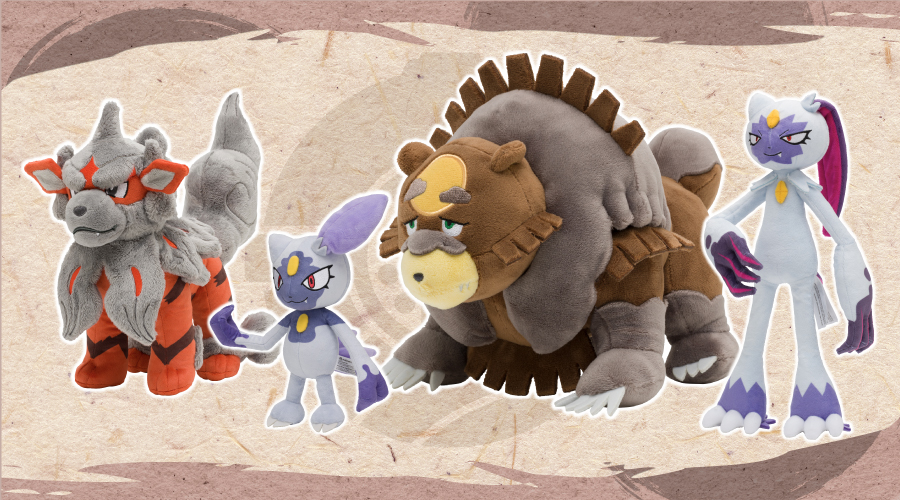 These plushes will hit Japanese Pokémon Centers on October 29th with pre-orders opening on October 27th.