We finally have a window for when Dinosaur Bytes’ indie 3D platforming duo Clive ‘N’ Wrench will bounce onto Switch!

As announced in the new trailer below, the Spyro and Jak & Daxter inspired game will arrive on Switch, PlayStation, and PC, sometime in February 2023.

Better yet, Numskull Games has confirmed that it will be releasing a physical Collector’s Edition featuring a copy of the game, exclusive character cards, fridge magnet, the official soundtrack, and a manual. Standard physical versions will also be available and all of those will come with a mini-booklet detailing the heroes’ moves. 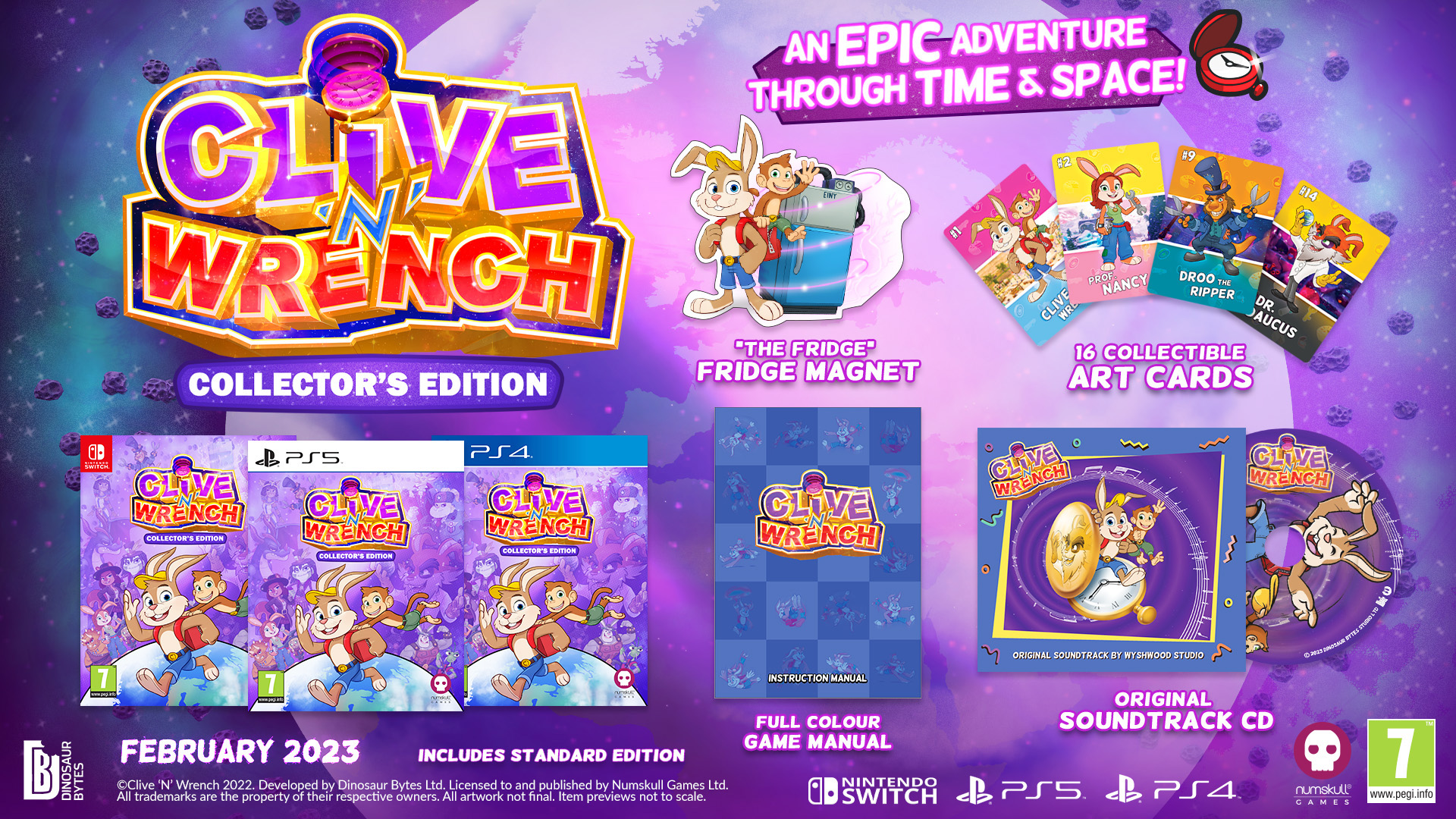