Sonic Frontiers punches in with Combat and Upgrades trailer

While the open world exploration has made plenty of waves in Sonic Frontiers’ marketing it’s not the only part of the game that’s giving the blue blur a revolutionary refresh. Previous Sonic games have had very basic combat, usually consisting of bopping enemies on the head or homing attacks, but Frontiers is going all-in with its combat systems.

These fisticuffs are the focus of the game’s latest trailer, which also explores abilities and upgrades. Give it a watch:

The end of the trailer also gives us a better look at what the Digital Deluxe Edition will include, with the cosmetic rustic gloves and boots making their debut! 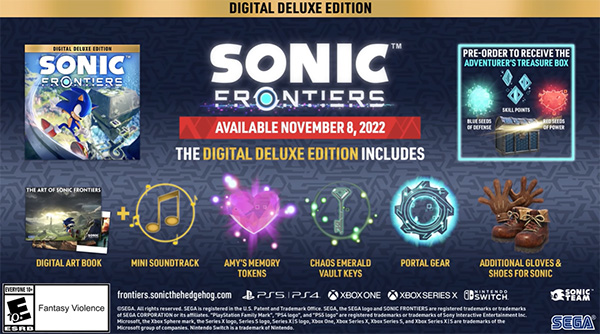