While many Pokémon fans were excited to see Cyclizar, the newest Pokémon announced for Pokémon Scarlet and Violet, during yesterday’s closing ceremonies for Pokémon Worlds 2022, Pokémon TCG fans were in for a “surprise” announcement too.

For the 2023 Pokémon TCG season, an old mechanic is returning along with the addition of Pokémon from Pokémon Scarlet and Violet!

While getting a Pokémon ex Knocked Out by an opponent can cost two Prize cards, Stage 2 Pokémon ex have the power to quickly turn the tide of the battle with high HP and powerful attacks that require little Energy. The theme of “comebacks” will be a key focus for the Scarlet & Violet Series, as players will encounter various Pokémon, Trainer, and Energy cards that can create critical turning points in the game.

While The Pokémon Company refers to the “Pokémon ex” mechanic as new, it has been in play before. The ex Standard was first introduced during the EX Ruby & Sapphire expansion (which was released in 2003). So, for a release in 2023, it’s perfect to “celebrate” its 20th anniversary. Plus, it looks like going forward we’ll be in the Pokémon TCG’s era of Pokémon Scarlet and Violet. It’ll be a great time for all of the Paldea region’s new arrivals to be featured. In fact, we got a little preview of what Koraidon and Miraidon’s ex cards may look like (card art and designs aren’t final). 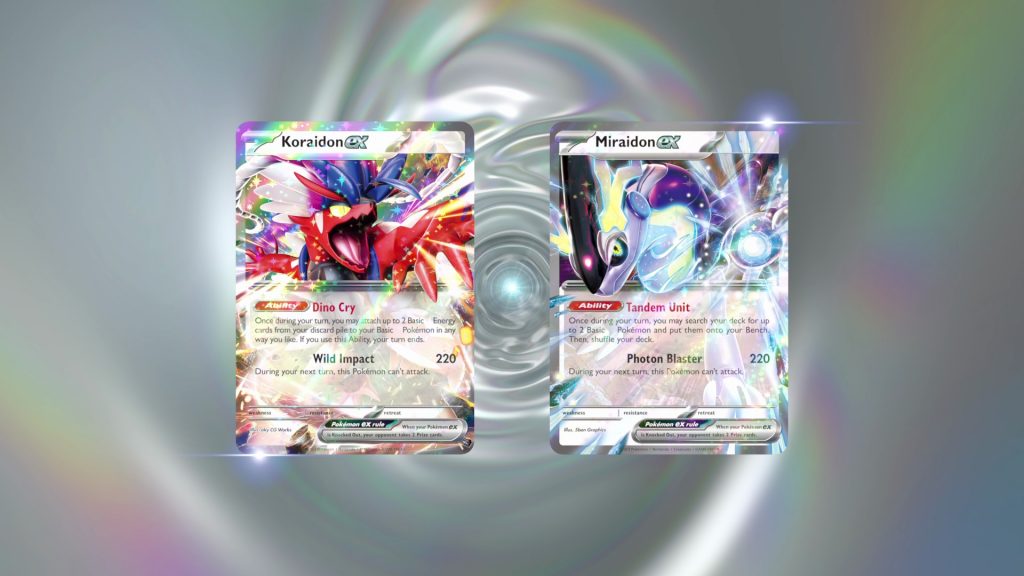 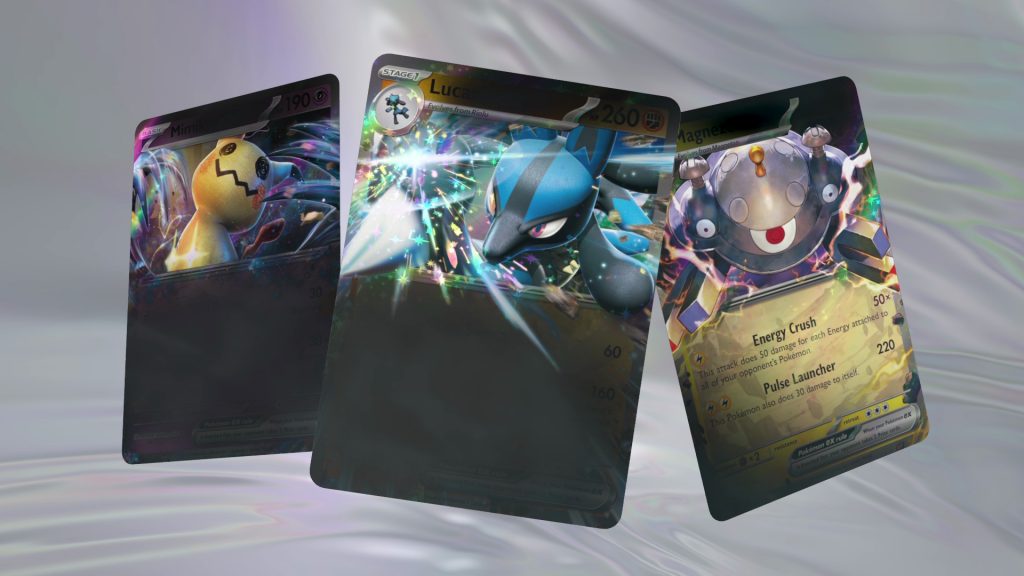 Trainers can look forward to the expansion sometime in 2023. For now, they can enjoy the last of the Pokémon Sword and Shield TCG expansion with the upcoming Pokémonc TCG: Sword & Shield – Lost Origin release.