According to Square Enix Store’s listing for the physical release, this will be yet another “one game on the cart and the other via a download code release”. Meaning, Life is Strange: Remastered is on the cart and a download code for Life is Strange: Before the Storm Remastered will be included within the case. For those looking for both games on a physical cart, keep your Joy-Cons crossed that an Asia-English release will save the day and include both. This listing also mentions that “[e]very copy of the Life is Strange: Arcadia Bay Collection includes the ‘Zombie Crypt’ outfit for Chloe, available to wear in Life is Strange: Before the Storm Remastered”, but doesn’t mention if this is limited to the physical release. 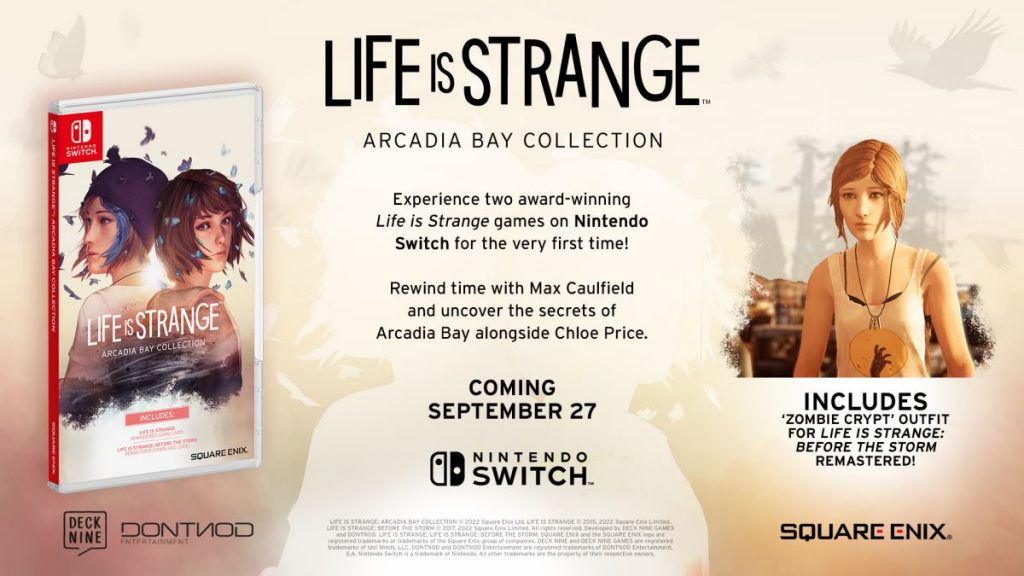 Pre-orders will open on the Nintendo eShop closer to the game’s launch on Tuesday, September 27th.