There’s no stopping Monster Hunter Rise, as today’s Sunbreak Digital Event marks the start of free updates for the foreseeable future. Though some teases and reveals made themselves known ahead of time, the full scale of this first addition was shared, and includes returning monsters as well as expanded Anomaly Quests, opportunities for enhancing equipment, and more.

Alongside the already-known Lucent Nargacuga and Seething Bazelgeuse, both Silver Rathalos and Gold Rathian are returning as the first additional monsters for Sunbreak. The Forlorn Arena locale will also come with them, all available for players who have reached a high enough MR. These four variants may be the only “new” gets for the game, but the bulk of Ver.11’s growth is coming courtesy of expanded offerings from Anomaly Quests.

More monsters from Sunbreak will be huntable as Afflicted versions of themselves in this next tier of Anomaly Quests, like Lunagaron and Astalos, which will allow access to materials to upgrade weapon trees even further. These A5 star quests are straightforward enough, but where things get more varied are Anomaly Investigations. These are randomly generated, with levels to denote what and how powerful the quest target will be, among other parameters. 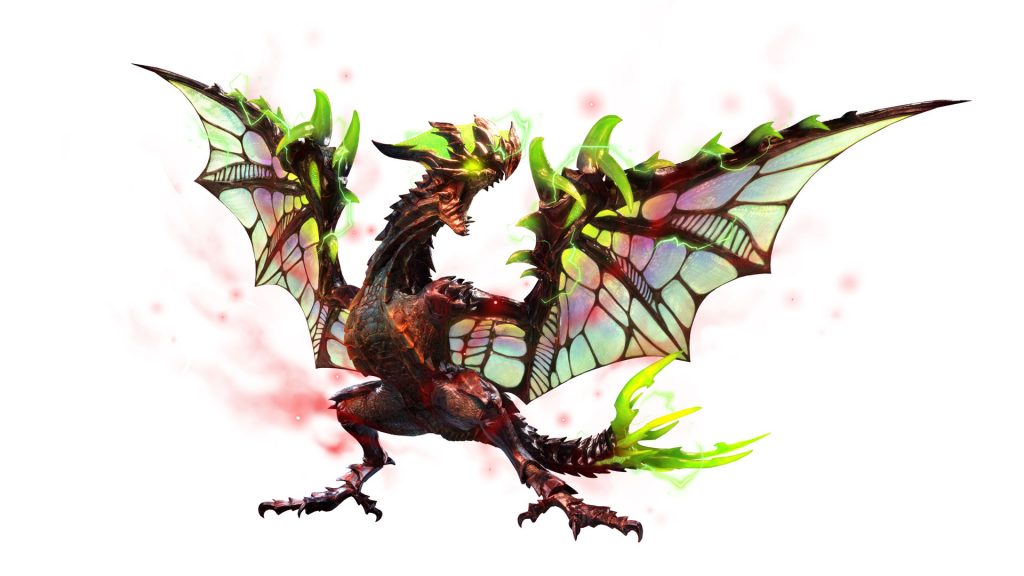 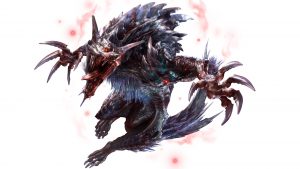 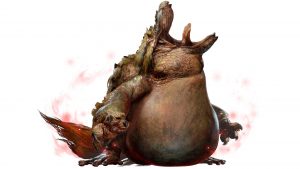 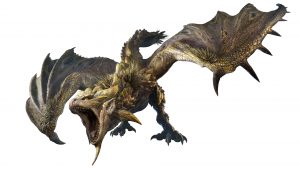 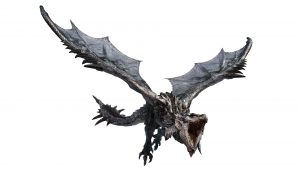 By completing these, new materials can be earned that fuel Qurious Crafting. This will allow players to upgrade their weapons and armor further. Anomaly Slots can be unlocked on weapons, letting you increase aspects like attack power and sharpness. For armor, bonuses can be conferred at random that will add skill levels or add elemental resistances. All these Anomaly materials can be exchanged for crafting purposes via the new Anomaly Research Lab. With all those new systems and possibilities in place, players will be able to both bolster and fine-tune their loadouts so long as they put in the work in these new, difficult quests.

Other additions to this update will include paid, cosmetic DLC offerings (including piano versions of music from Sunbreak) and the return of weekly Event Quests. Now hunters will be able to take on new challenges every week yet again, with the promise of new rewards at a steady rate. All of this will kick off when Monster Hunter Rise: Sunbreak’s Free Title Update 1 arrives on August 10th! 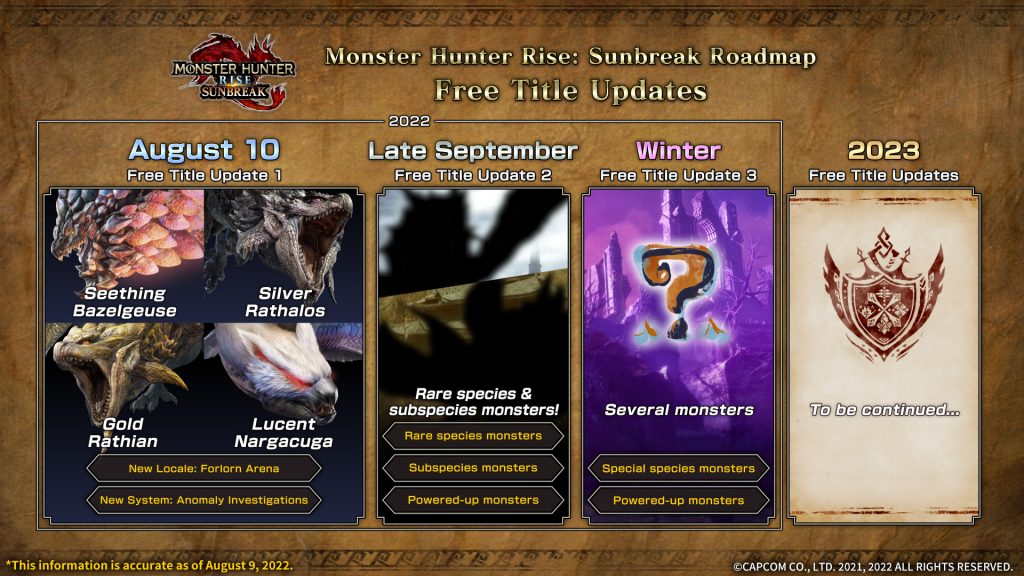 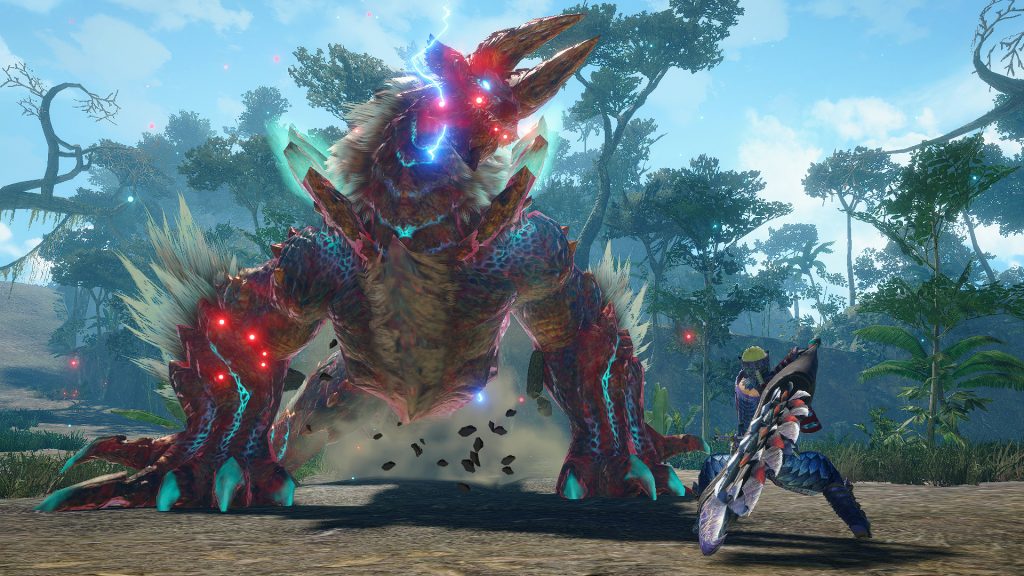 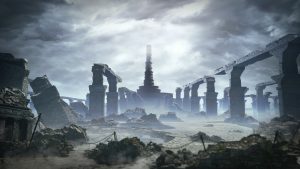 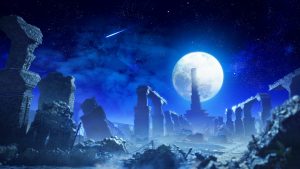 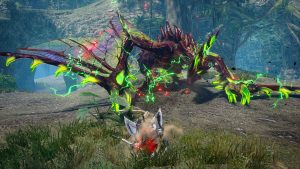 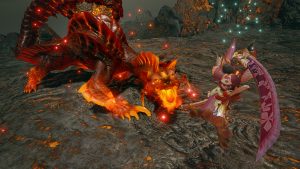 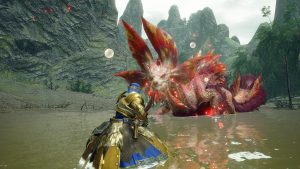 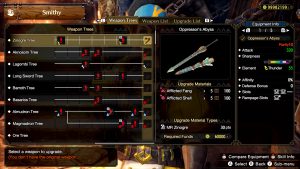 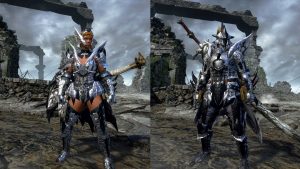 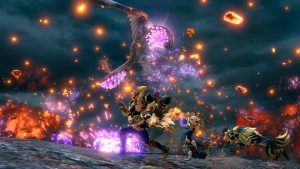 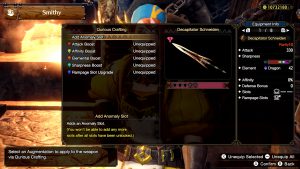 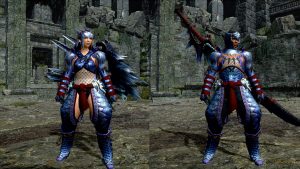 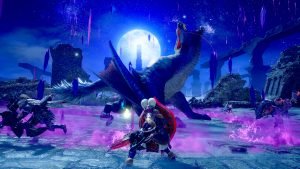 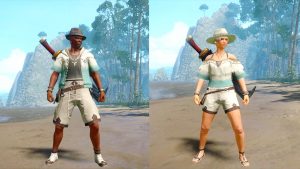 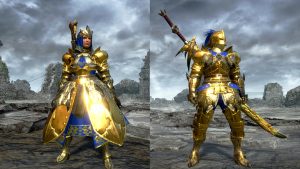 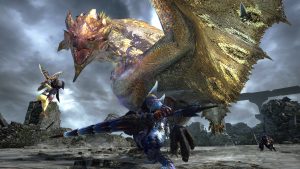 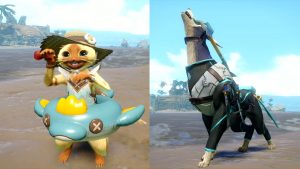 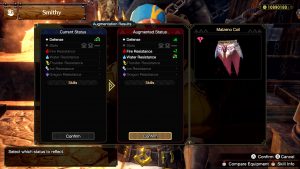 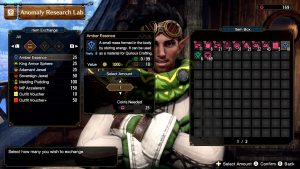 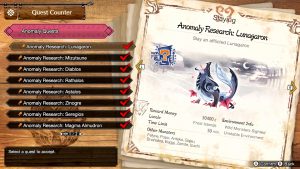 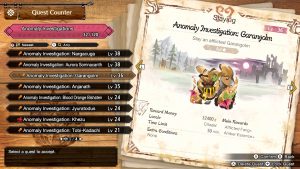