Warning: If you have over 2,000 Switch games on your console, they’ll start disappearing

Apparently, it is literally, physically possible to have too many video games. Such is the case with the Nintendo Switch, which has been discovered to “disappear” games in its system if there are more than 2,000 displayed on it. It’s not that it necessarily deletes unused games, but rather that it simply “hides” them due to a limit on the number of games it can display. Thus, if you delete enough software (not just archive but remove their icon from the home screen) you’ll get the “missing” games back.

But we have to ask — two THOUSAND? I play Nintendo video games professionally for a living and I only have about two HUNDRED Switch titles. Obviously, you can download a lot of demos, but still… if you have that many software entries on your switch, how many are you actually playing? I’ve been playing video games since I was four years old and I’ve only finished about four hundred (thanks, Backloggery) while trying out maybe two to three hundred more. And that’s for a whole lot of consoles. It’s a simple problem with a simple solution, but it’s a problem most people are unlikely to encounter in the first place. 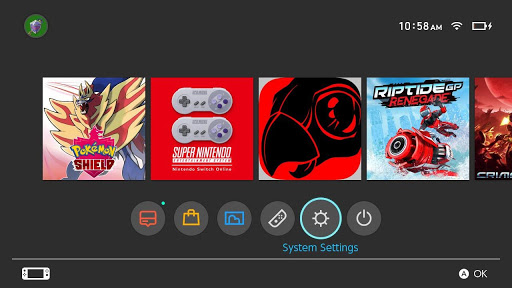 But who knows? If the Switch is only about halfway through its lifespan, as Nintendo has claimed, then more and more people might hit that 2,000 notch mark eventually. Though I kinda hope not. I’d be concerned for most people who have that many video games. Hobbies are good, but surely there’s a reasonable limit for everyone, right? Right? Oh, who am I kidding, buy 20,000 if you want, you crazy kids.