Fire Emblem Heroes is pulling from some interesting corners when it comes to characters lately. Yes, you still get the “standard” roll out of characters that were playable in their games as well as special seasonal outfits to tempt those Orbs. When it comes to others though, we’re getting hypothetical reclasses and characters who never even directly appeared in a game, instead being a part of background lore.

Saint Elimine here might have them all beat, though.

Yes, she’s one of the Eight Legends that fought off dragons during The Scouring that shapes the history of Fire Emblem: The Binding Blade and Fire Emblem: The Blazing Blade. She never directly appeared in those, but she did have an appearance in the Mario Kart: Double Dash!! Bonus Disc, of all things.

By connecting your Game Boy Advance to your GameCube, you could use the MKDD Bonus Disc to transfer a set of items and even secret songs to Fire Emblem for the GBA (aka the Blazing Blade). Elimine ran that process, and her new art for Heroes is in line with her appearance therein. 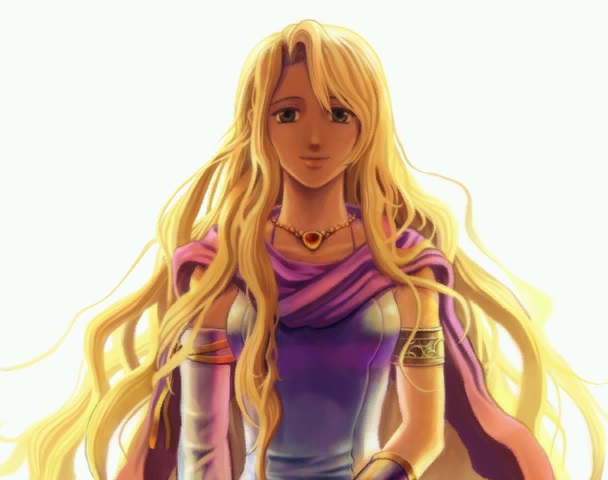