Next week’s Super Rare Games’ physical Nintendo Switch release is a roguelike platformer from Yogscast Games and Deadpan Games. Initially launching on the Nintendo Switch via the Nintendo eShop back in January 2019, Caveblazers is ditching its digital-only status for a limited, physical game print run.

Caveblazers is an action focused platformer roguelike set in a fantasy world. Each game is unique with procedurally generated levels to explore and a massive amount of items, weapons and equipment to discover.

As you delve deeper in to the cave, you’ll discover new areas to explore, new weapons and new monsters to try them out on.

Super Rare Games’ physical run of Caveblazers is limited to 4,000 copies and priced at $35.88 each (limited to two copies per person). Included with each physical game is a case that features interior art, a full-color manual, an exclusive sticker, and a 3-card trading card pack. It is also available right now as part of a 3-game bundle that features Heaven’s Machine (the first Super Rare Shorts) and Mundaun (SRG #60) for $110.29. In addition to the game and game bundles, additional 3-card trading card packs are available for $3.32 each (limited to five packs per person). 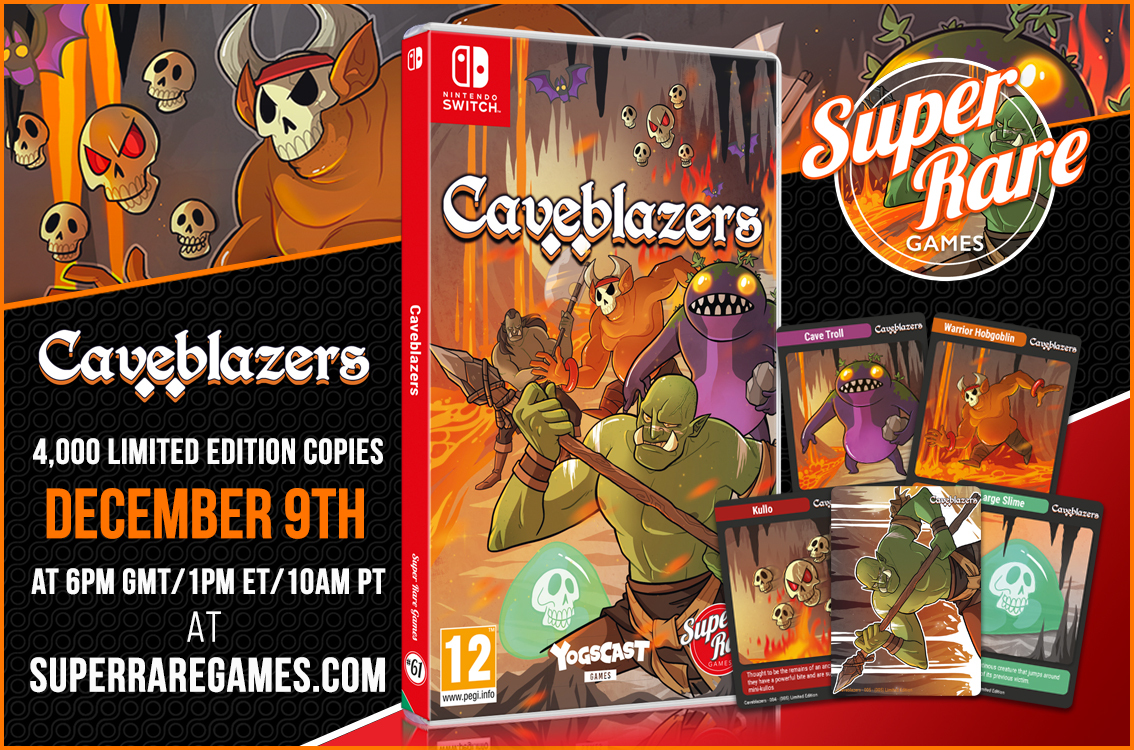 Orders for Caveblazers open on Thursday, December 9th at 10 a.m. PT | 1 p.m. ET on Super Rare Games’ site and are expected to be shipped out at the end of December.