Cotton Fantasy, a brand new title in the series, confirmed for localized release

We’d learned of Cotton Rock ‘n’ Roll, a brand new title in the cute ’em up series, earlier this year. Anyone worried it wouldn’t leave Japan can rest easy, as the game is coming to the West as Cotton Fantasy!

Featuring new, HD visuals and 16 stages in both 2D and 3D styles, it looks to be both a love letter to Cotton titles of the past and a step towards the future. No release date has been given, but it’s confirmed for both Switch and PS4.

Continuing the trend of recent re-releases for the series, physical limited and collector’s editions are also confirmed courtesy of Strictly Limited Games. That deluxe set will include: 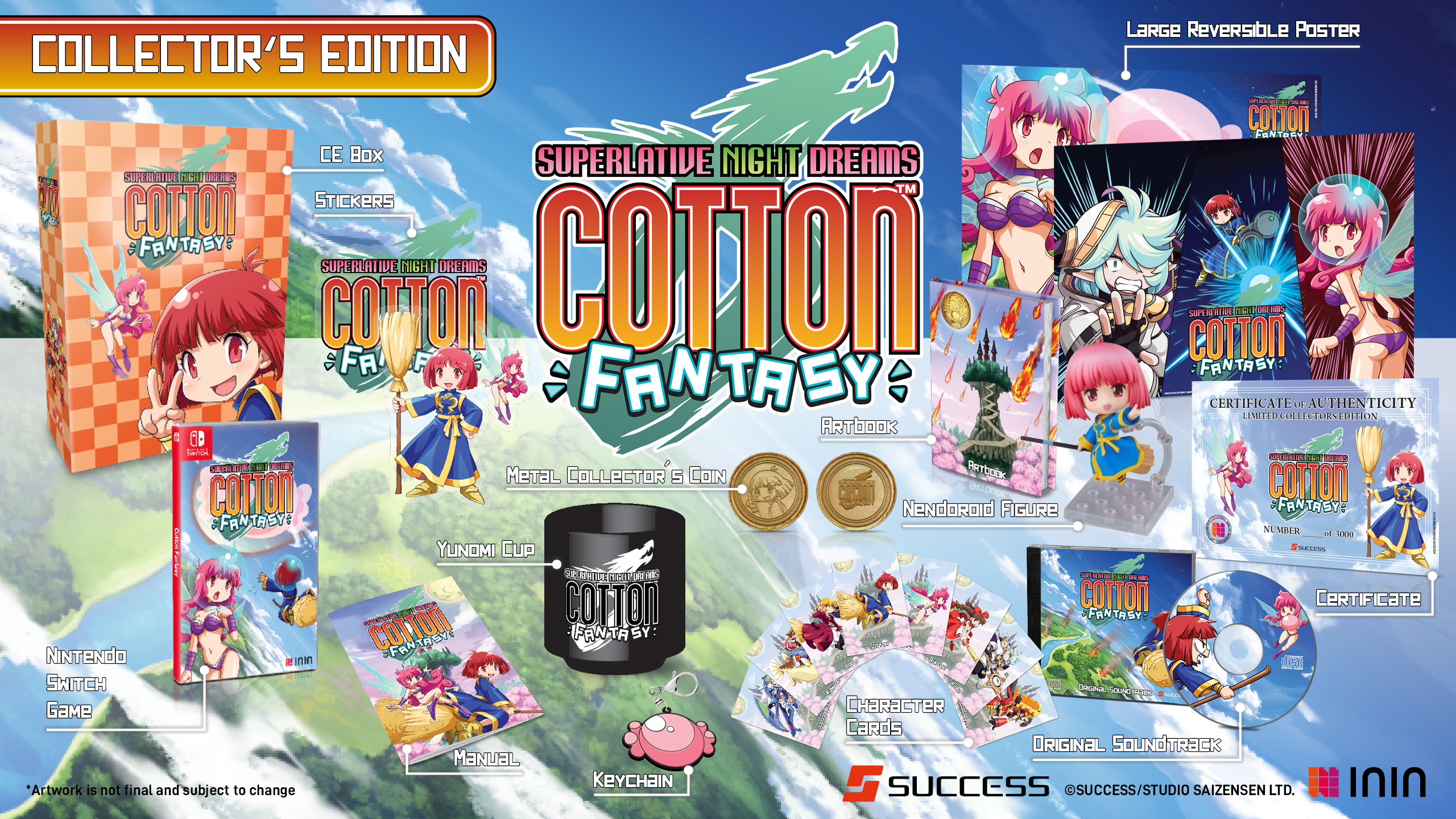 Pre-orders for these versions will begin on November 13th.