I have played many games, but I’ve never played anything quite like Disco Elysium – The Final Cut. Often an RPG will see you take a fresh-faced adventurer into a hero, or develop your stats so you become a supreme combatant. Here instead you’re molding the living embodiment of stale vomit into a passabe human being, who is still pretty terrible. You don’t need to like this individual – he certainly doesn’t, in my experiences – but you do need to live with him. Thankfully, he manages to be the perfect seatmate for this police procedural/DSM5 study.

Disco Elysium begins by having you, an alleged police officer, awaken in a hotel room hit by a hurricane of a drunken bender during a murder investigation. As you stumble around, desperately searching for one of your extremely out of style shoes amidst broken glass and upturned furniture, you’ll begin to hear voices in your head. Several, in fact, each representing an aspect of your self. 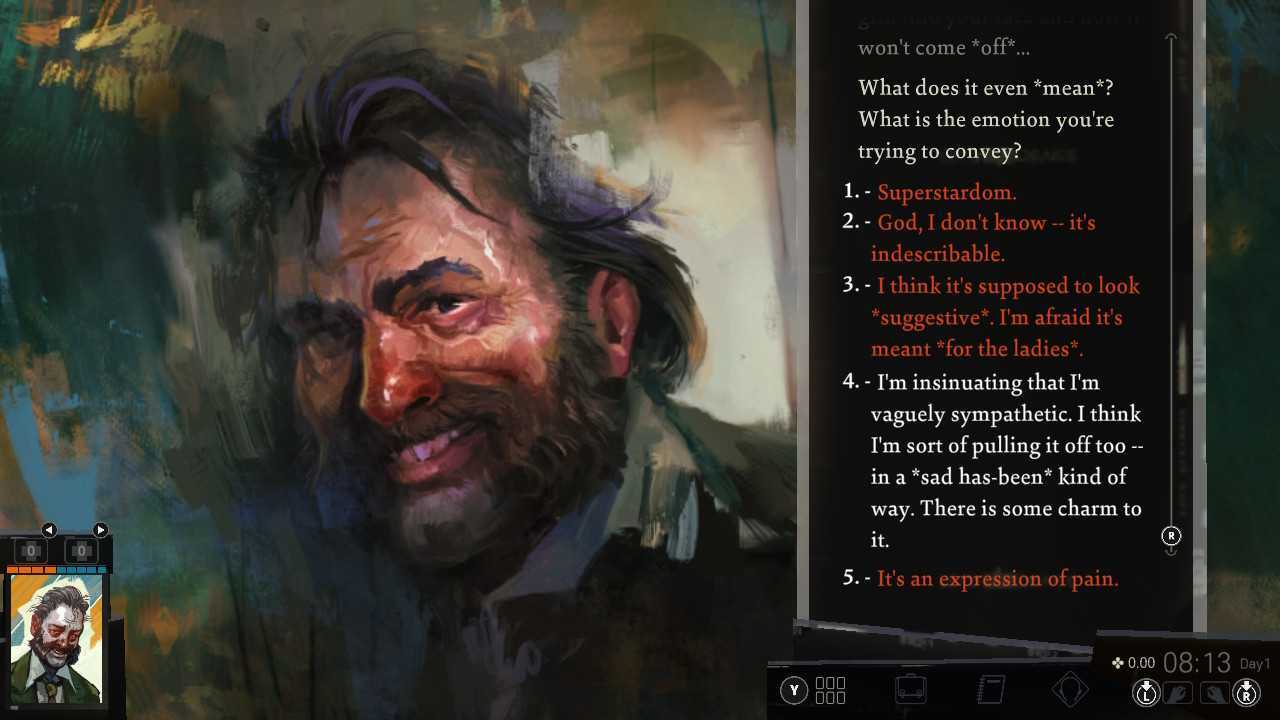 These are your “skills”, which you’ll improve throughout the game as you gain experience by having conversations and completing tasks during your investigation. There are no “battles” here – instead there’s the struggle to actually look at yourself in the mirror.

These aren’t typical RPG qualities like strength or stamina either, but instead more abstract concepts like your empathy and ability to conceptualize the world. There are some that have clear uses (perception, for example, is a tabletop standard) but then one of the voices urged me to locate a cigarette and smoke the hell out of it, or to slurp alcohol off a bartop. 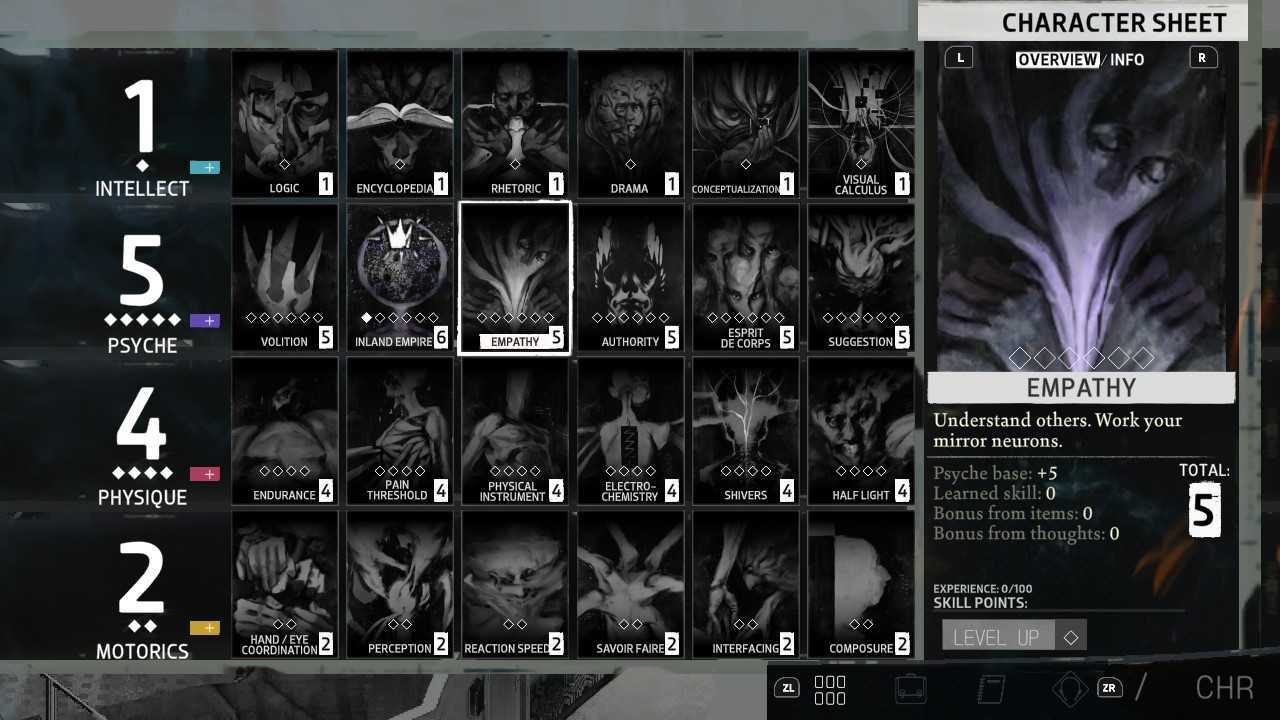 From a gameplay perspective these are given equal weight, and no one voice was more compelling than another. It’s up to you to formulate the officer’s personality into something resembling a person, though going hard in any one trait has negative consequences as well. Having encyclopedic knowledge might serve you well on most adventurers, but characters here could start seeing you as a pretentious know-it-all, impeding your investigation.

These character building aspects and the way they’re personified are fantastically realized and implemented. Talking with citizens of the seaside town you’re temporarily calling home, you’ll stumble on dialogue options that require skill checks. Some you’ll pass automatically if your necessary skill is high enough, while others will be based on probability to proceed, complete with simulated dice roll. That, blended with the staggering amount of text throughout the game’s dialogue trees, can lead to getting absolutely lost in conversations in the best of ways – if not completely invested, then at least fully engrossed. 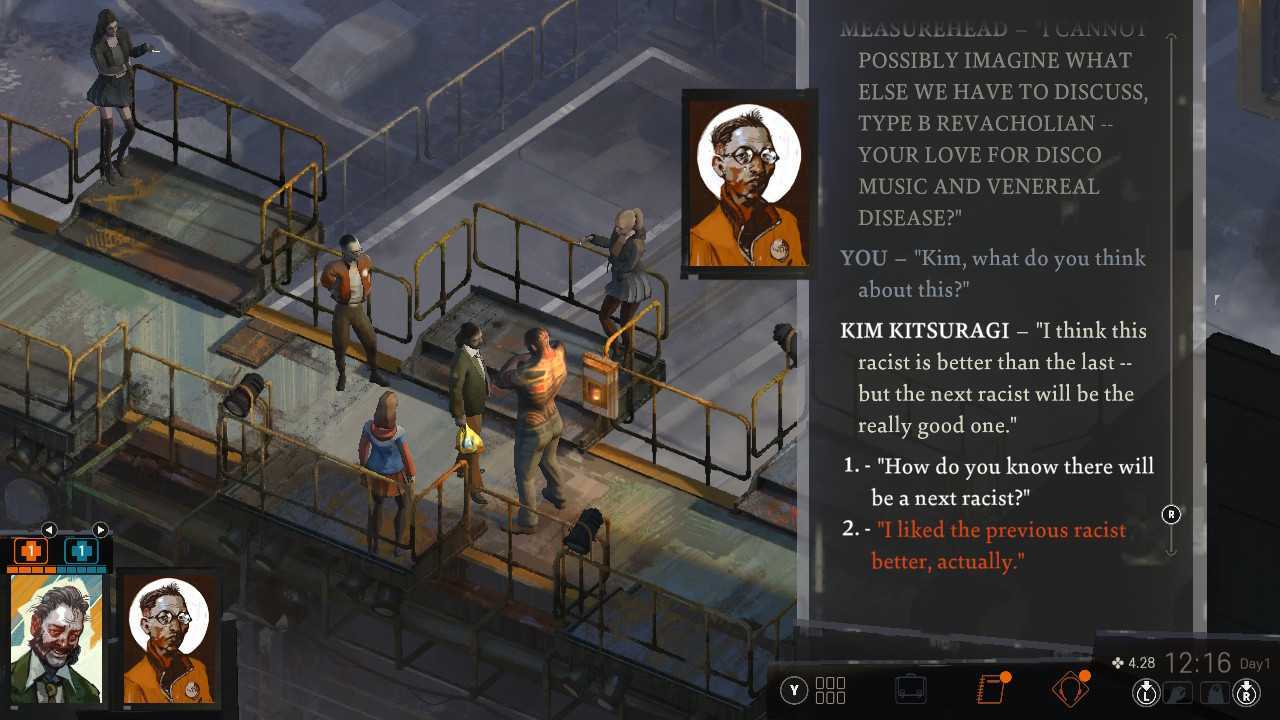 This system isn’t entirely perfect, as while the game is (and I cannot stress this enough) exceptionally well written, there’s often no distinction between what’s essential knowledge and what’s more superfluous (but still excellent) world building. I cannot tell you how many discussions on race theory and political ideology I’ve been through, intermingled with a rich history of the game’s world and all of this before I have really even “done” anything.

It might be wrong to think of Disco Elysium in terms of progress and achievement. There’s little emphasis placed on the importance of one task versus another as the day’s clock ticks away, giving you freedom to chat and explore all while developing your personality as you see fit. That doesn’t mean there isn’t a core narrative here, though, and there are multiple ways to experience it due to your character’s growth and personality being choice dependent. I only wish I could’ve experienced it better in my presently short time with the game.

Any look into Disco Elysium’s previous reception will show a Game of the Year contender and plenty of acclaim, and I can see that already. There are some flaws across versions, such as map traversal. I definitely got stuck on environment geometry a few times until I could brute force my way around. There’s also the fact the “roleplaying” aspect isn’t always the best to lean on. I started the game with an idea of how I wanted to develop my “character”, but that’s not exactly the best mindset. It’s simply more interesting and entertaining to go for outlandish dialogue options rooted in the nature of existence that regularly drive those you’re questioning into confusion. That’s less a complaint and more a concession I had to move past. 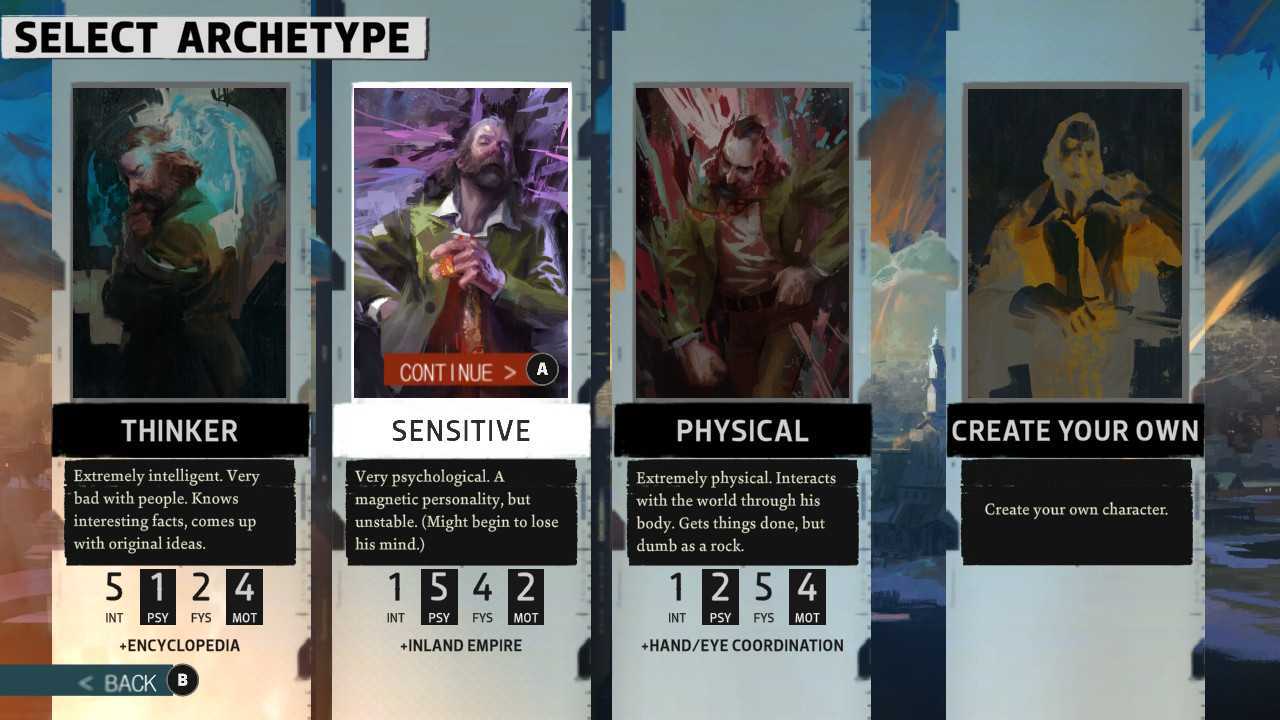 Unfortunately my experience so far has been marred by long load times and even game crashes. The last of those are particularly frustrating, as it means all my experience and skill investment have been wiped and particularly difficult checks can go from passed to failed on a following attempt, and vice versa. The game runs fine enough, and its stylized visuals look good on Switch. I’ve been told performance and optimization patches are on the way, and I intend to continue with this fascinating and alcohol-drenched adventure once they arrive.

It’s maddening to finally have Disco Elysium on Switch and yet coming across those technical obstacles. Elements like the character/trait portraits – each a work of art in their own right – and voice acting are superb and give the game a distinct presentation to call its own. Its characters are interesting and layered, requiring you to peel and peer further in to know them better and (if you’re lucky) more fully understand them. Even when its ideas or elements don’t work, they’re still able to be appreciated because the game has done something truly commendable – it’s been itself.