Animal Crossing: New Horizons will be receiving a free update this November, with an Animal Crossing-focused Direct presentation planned to reveal more information next month.

The news was dropped during today’s Nintendo Direct, during which a clip of an Animal Crossing: New Horizons player character entering their island’s museum before heading to the newly-added The Roost section (open 24 hours) in back.

The Roost’s familiar theme song then plays over a black screen before the announcement of a Direct airing in October is made. 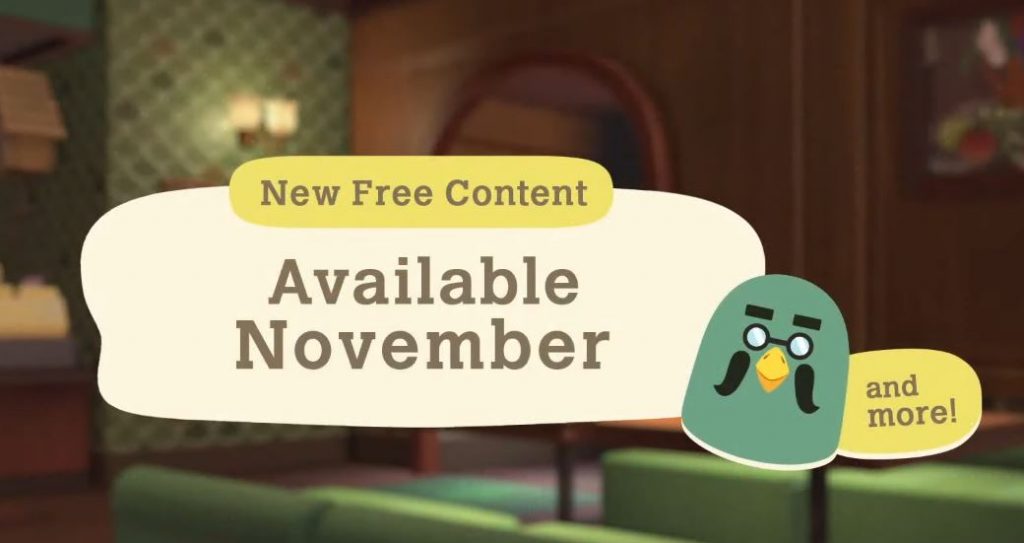 A cartoon image of Brewster, the pigeon owner of The Roost café in past Animal Crossing games, is then shown alongside the words “and more” — signaling his won’t be the only inclusion in the update.

You can watch a slightly abridged version of the video shown during the Direct below.

No other information about what will be shown in the Direct was shared, although the above video’s thumbnail gives a sneak peak at the interior of The Roost.

Stay plugged in to Nintendo Wire for more details about next month’s Animal Crossing Direct as they become available.