New Kunio-Kun entry takes on Romance of the Three Kingdoms

The Kunio-Kun franchise has branched off in many different directions in recent years. While the main series is devoted to taking place in contemporary Japan (or River City, in localizations), a few spin-offs have taken things more historical or fantastical. The latest game announcement falls firmly in the former camp, as it’s set to retell the classic Chinese novel Romance of the Three Kingdoms in beat-’em-up fashion as “Kunio-kun no Sangokushi dayo: Zeiin Shuugou!”

Of course video game fans will know Romance of the Three Kingdoms as the basis of Dynasty Warriors, which itself was a spin-off from Koei Tecmo’s strategic adaptation of the work. As a result, you can expect to see Kunio-Kun characters don the names of iconic figures like Guan Yu, Liu Bei, and Zhang Fei. 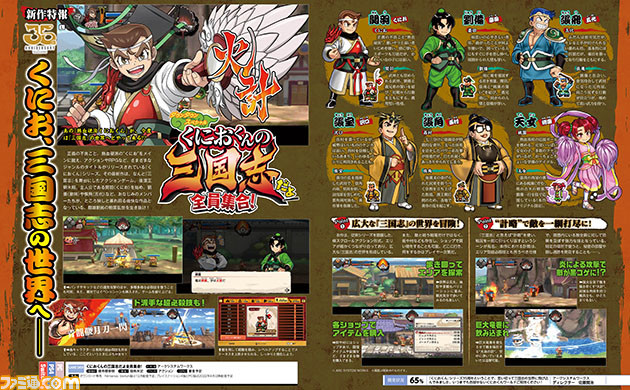 Thanks go to Gematsu for translating Famitsu’s reveal of the game, which is currently slated to release for Switch, PS4, and PC.