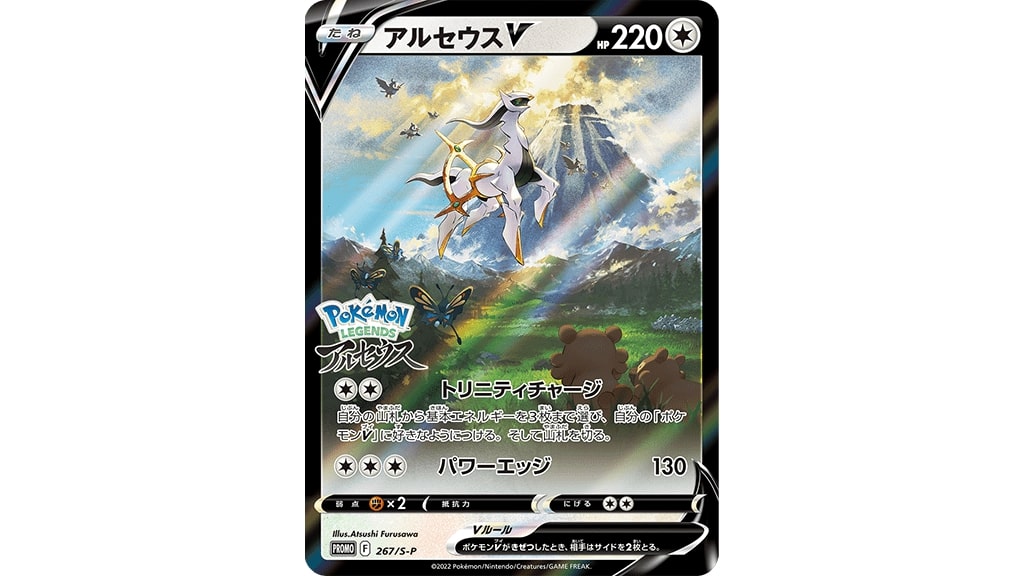 The announcement page does mention that the card may be reprinted at a later date for other Pokémon TCG-related products, as well as for additional promos in the future. There is currently no word on whether this promotional Arceus V will be coming to markets other than Japan, but we still have plenty of time for news to hit until Pokémon Legends: Arceus releases on January 28th, 2022 — so stay tuned!