Reggie Fils-Aimé to author ‘Disrupting the Game: From the Bronx to the Top of Nintendo’ book

Few company Presidents have had quite the impact on their audience quite like the former Nintendo of America exec Reggie Fils-Aimé. Bursting onto the scene at E3 2004, before he even became President, he instantly transformed the vibes of Nintendo’s shows going forward and became a household name for fans.

Of course he left in 2019, and he’s embarked on many ventures since, and his next is landing in May 2022. It turns out Reggie will be authoring a new book titled Disrupting the Game: From the Bronx to the Top of Nintendo that’s set to chronicle his career. 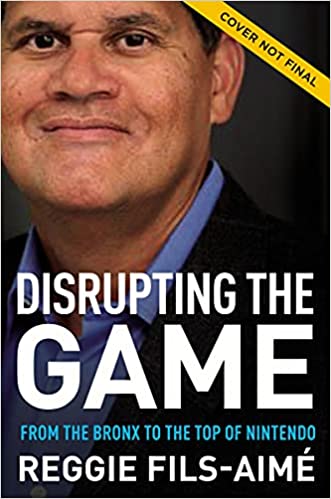 As the Amazon description states…

As close to sitting one-on-one with the gaming legend as it gets, you will learn:

While I’m sure most of us will be intrigued to hear behind-the-scenes info and are set to furiously scan for mention of Mother 3, I’m gonna be there for the Pizza Hut anecdotes.