Yesterday, social media accounts for Spike Chunsoft in English and Japanese shared a rather mysterious site and a new hashtag – #NineEyesTV.

Truth is only an illusion… Can you see past it?https://t.co/qMKMHs9eP5#NineEyesTV pic.twitter.com/XupG1sCa1q

Visiting the site, there a nine floating eyes and an “Enter Password” input. Each eye contains a puzzle that once solved, will transform into a closed eye with the answer (letters) on the eyelid. Solving all nine puzzles spells out Nirvana Initiative, which is the correct password for the input at the bottom of the page. Once successfully entered, you’ll be taken to a countdown page that has a timer ending on Thursday, July 1st at 1:53 a.m. PT | 4:53 a.m. ET. 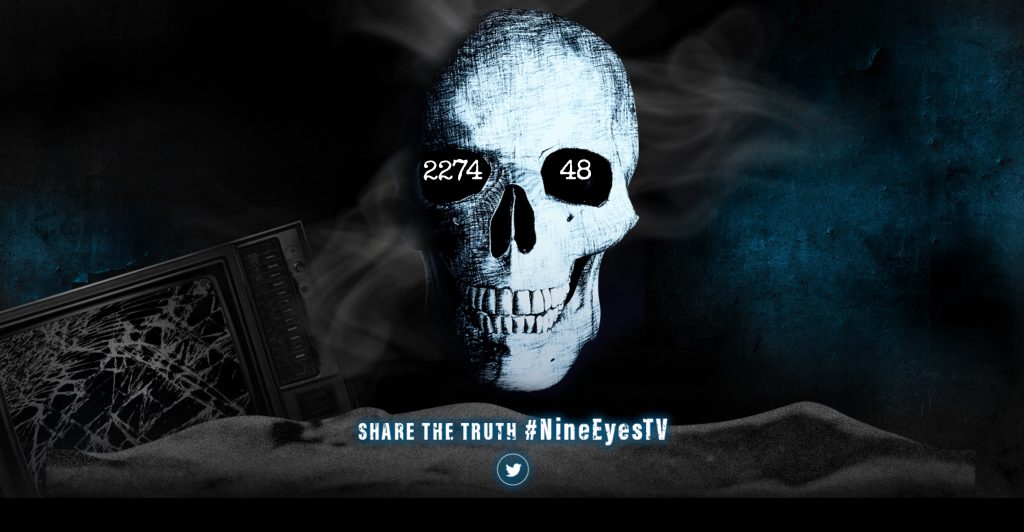 TRUTH IS ONLY AN ILLUSION.

I won't say the password right here for anyone interested in solving it for themselves, but entering it correctly leads to a countdown for 2 days from now. Poking around in the HTML reveals a link to something called "ai nirvana" (currently inactive) https://t.co/WUnya2oiJw pic.twitter.com/Gny6l5Tq4J

Uchikoshi, who directed and wrote the first AI game, left Spike Chunsoft in 2017 to form Too Kyo Games with Kazutaka Kodaka (Danganronpa series writer), Masafumi Takada (composer for Killer7, God Hand, No More Heroes, and Danganronpa series), and Rui Komatsuzaki (illustrator for the Danganronpa series). Given the timing for AI: The Somnium Files, released in 2019, it wouldn’t be out of the question for Uchikoshi to return to direct and write AI: Nirvana.

Luckily, we don’t have to wait long for Nine Eyes TV’s countdown timer to end and confirm AI: Nirvana or further confuse us with a new series of puzzles.