Among the wacky Japanese game director auteurs — the Kojimas, Kamiyas, and Yoko Taros of the world — few captivate me more than Kotaro Uchikoshi. Making a name for himself in the West with the superb Zero Escape series, Uchikoshi has an inventive eye for narrative design in the game space, combining non-linear stories, branching paths, and forced perspective to make some truly bugnuts insane plots with more twists than a pound of Rotini. Not to mention the series has a special place in my heart, as Zero Time Dilemma was the first game I reviewed for Nintendo Wire back in 2016.

After ending the trilogy slightly off-key (and clearly under-budgeted), Uchikoshi has burst back onto the scene with AI: The Somnium Files, a game that’s as proud of the pun in its title as it is tonally dissonant. While continuing much of what Zero Escape pioneered in terms of design and narrative, AI ends up playing a lot looser with its writing and stylism, resulting in a game whose quality is chaotic but ultimately enjoyable.

AI follows a classic murder mystery setup: a woman by the name of Shoko Nadami has been murdered, with her corpse found missing its left eye. You play as Kaname Date, an investigator working ABIS, a special task-force dedicated to investigating the subconscious minds of individuals, as you track clues and pursue leads in classic adventure game style, all while seeking to unravel the truth. A traditional premise that, in expected Uchikoshi fashion, takes some wild turns by the end. 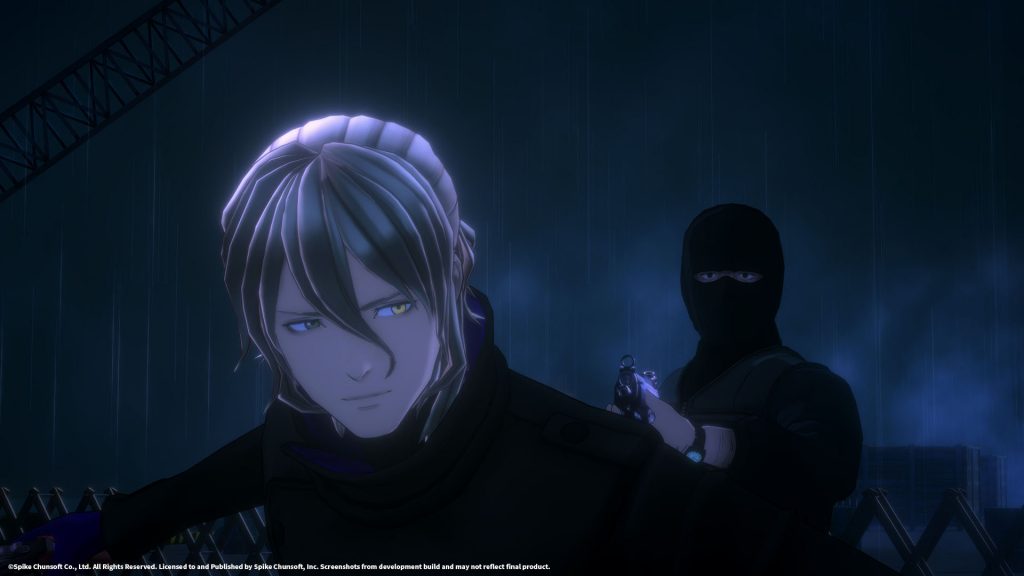 The first thing I noticed about AI is that it had a workable budget — the UI is slick, there’s a good amount of environmental detail, and models look clean. Character designs are done by the illustrious Yusuke Kozaki, whose work is as stellar as always, and the soundtrack by Keisuke Ito is rock solid. After ZTD struggled in such departments, it’s nice to see that Uchikoshi is able to work with more resources this time around.

Gameplay in AI is split into two segments: investigations and Psyncs. Investigations are pretty much pure visual novel sections where Date will go to different locations to chat, look for clues, or just generally screw around (that last one happens more often than you’d imagine). Psyncs are more puzzle-like in nature, as you navigate through the subconsciousness of particular individuals in search of repressed memories or hidden clues that can help solve the case.

The game’s cast, while uneven, leans positively. Date has an engaging rapport with his partner, Aiba (who, for reference, is the artificial robo-peeper in his left eye-socket), as the two manage to alternate being the dummy and the straight man in beautiful tandem. There were some characters I ended up getting surprisingly invested in, like Mizuki, Date’s bratty 12-year old ‘roommate’ and daughter figure; or Hitomi, a sweet single mom with a surprisingly rich backstory. However, there were a couple who, despite some strong moments, felt a bit draining overall; like Ota, another 20-something otaku archetype whose antics feel worn and cliché. Even Date himself occasionally — okay, often — treads into “oooookay did he really just say that?” territory. Overall, though, the character to character relationships feel more fleshed out than previous Uchikoshi works, and there are some moments of genuine tenderness. 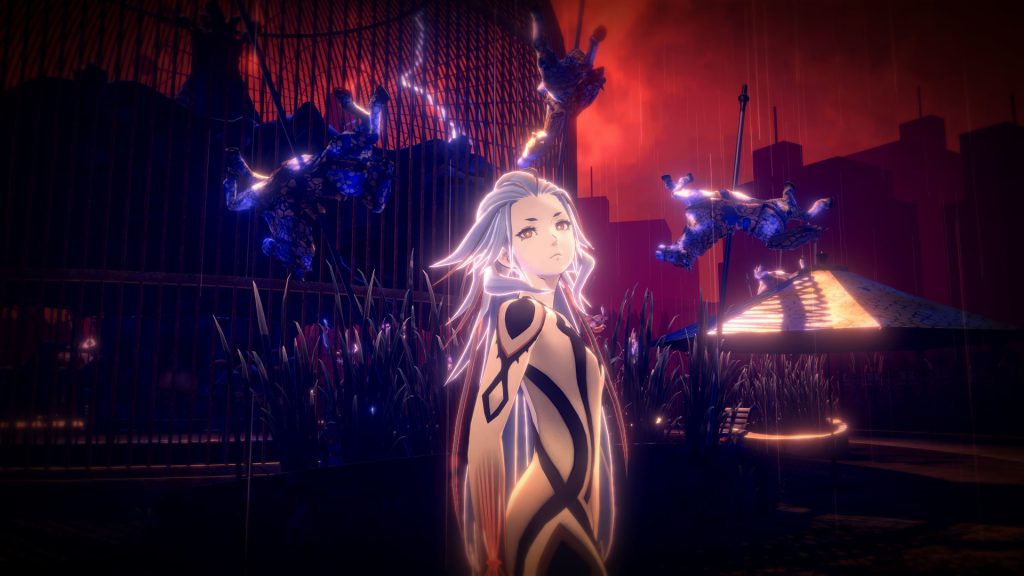 Despite a lot of similarities to its father series, the atmosphere of AI lends itself quite differently than its spiritual predecessor. Instead of tense, ominous death-game scenarios replete with chilling imagery, AI leans towards a more easygoing, lighthearted feel — a bit of an odd choice considering it’s a game about serial killings. Zero Escape could have its quirky, humorous moments, but comedy is a lot more pronounced here in AI, to the point that several scenes exist basically for off-the-wall gags.

Do those gags land? Sometimes, yes. There are a lot of moments that made me crack up, and I’ll be upfront with that, but it was undercut by a glut of humor that could best be described as… bawdy. The game is rife with innuendo, crude humor, and other sleazy references that, while occasionally giggle-worthy, quickly outwore their welcome — especially as a good number land in the middle of potentially tense, dramatic moments that ended up being undercut by a sleaze-ball joke. For reference, almost every single action scene somehow involves Date’s perversion as a plot device, which sucks out some of the potential investment. I usually like it when a game doesn’t take itself too seriously, but AI often does so in clumsily hackneyed ways, and it gets very repetitive.

The strongest element of the game by far is the Somnium sections, where you play as an anthropomorphized version of Aiba inside people’s brains, probing for clues and secrets. (The fact that you are committing flagrantly major invasions of privacy in order to do this is a notion that goes largely ignored by the game, so just roll with it.) True to their dreamlike structure, Somniums operate by their own byzantine sets of logic, and it’s up to you to unravel them within a six-minute time limit.

The Somniums are richly varied in environment and aesthetic, offering unique looks into various characters’ states of mind with color and personality. While not as brain-teasing or challenging as escape rooms in ZE, Somniums test other skills — intuition, efficiency, and time management — while occasionally featuring split paths and objectives. What’s more, there are two hidden files in each dream: one obtained by clearing the Somnium under time, and another that has to be uncovered in the level itself, which encourages replayability. Each one feels fresh and interesting and unlike the previous one, making them a pleasure each and every time you have to go through with one.

Of course, in a game that’s almost all text, the writing is what ends up being crucial. The game’s localization feels off a lot of the time — there’s the occasional joke that makes no sense, or a pun that’s such a stretch it might as well be made of rubber, or just the occasional bit of awkward phrasing. (It’s worth nothing that Aksys Games, who did the excellent translations for ZE, are not involved here.) The aforementioned tone problems dampen the potential impact of some hard-hitting moments. There’s plenty of objects to examine in the background, but they’re often accompanied by extremely plain text. Little things like that added up, making me hem and haw over the game’s quality as I went along. 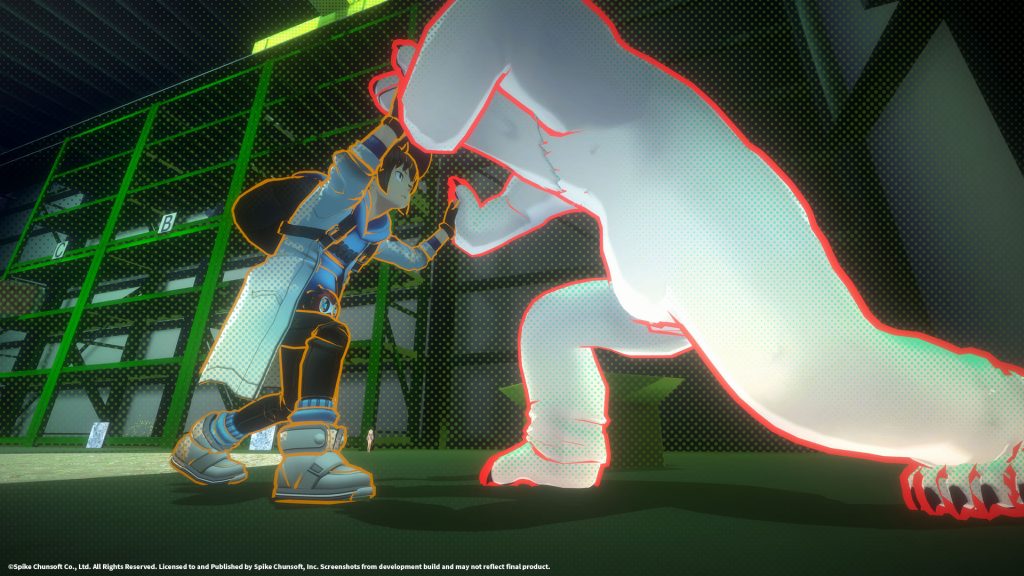 But by the end, Uchikoshi pulls his usual brand of wonderfully out-of-left-field insanity, and it ends up being another psychedelic rollercoaster of ‘what?’. While not quite as nutty as some of his earlier twists, AI ends up benefitting from some tighter execution in setup/payoff, lessening some of the WTF-factor to make it more cohesive. The resolution ends up offering more closure than any of the Zero Escape games, and the grand finale is so out there that it must be seen to be believed.

It pales in comparison to some of his earlier work, but AI: The Somnium Files shows that Uchikoshi still knows how to craft a compelling narrative that can take you in unexpected directions. If some of the characters had been tightened up, and the erratic tone smoothed out, it might be counted among his better games, but as it is, it’s still just crazy enough to work. While you’ll probably be grated if you have a low tolerance for raunchy humor (especially of the Anime strain), those with resistance (or appreciation) to that variety of comedy will find an engaging, if scattershot, ride. If this is how Uchikoshi is on his own, I can only imagine how freaky his collaboration with Danganronpa writer Kazutaka Kodaka coming next year will be. 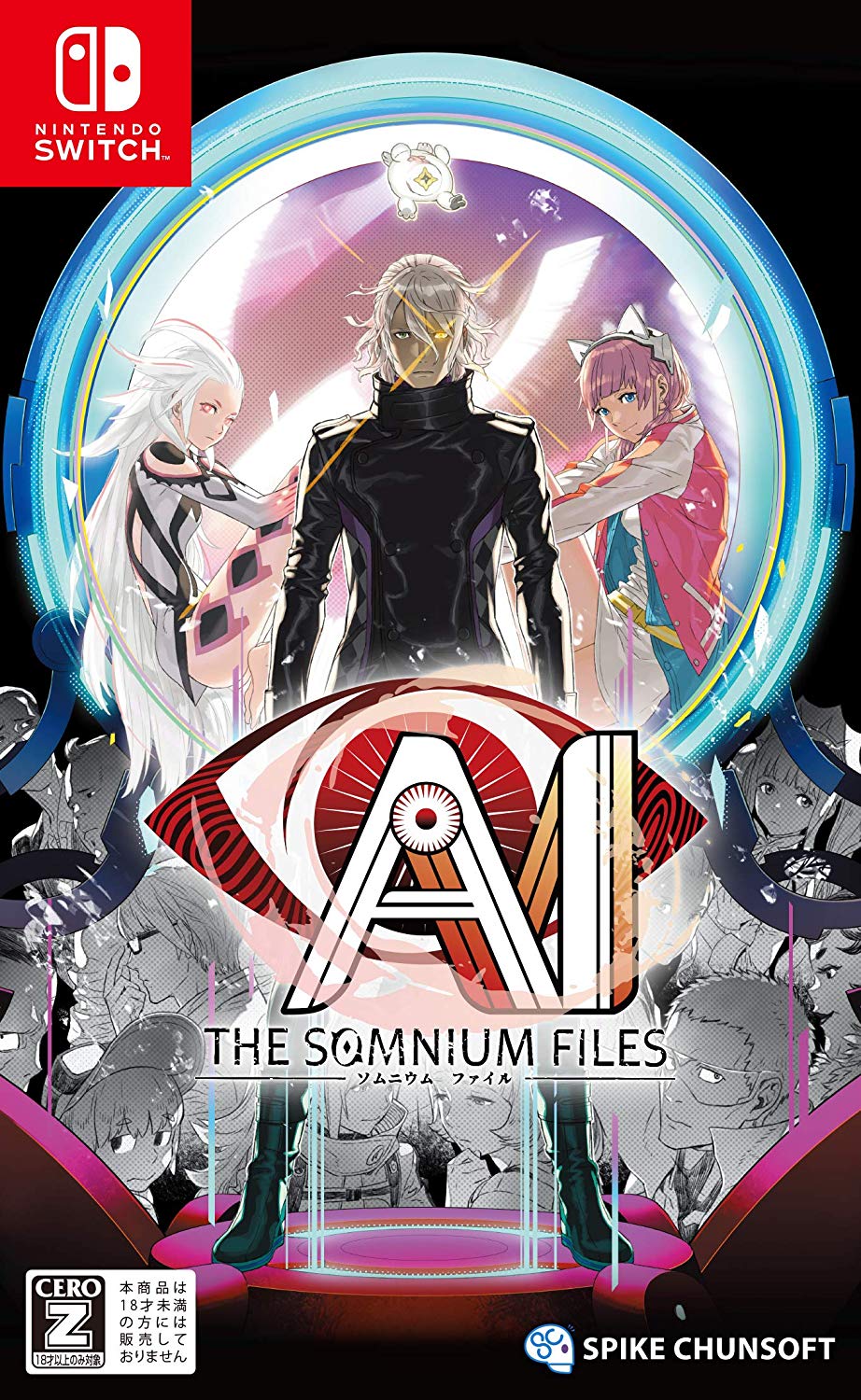