It’s the end of a speculatory era when it comes to Super Smash Bros. Mii Fighters. As various Challenger Packs have been released, Mii Costumes featured in previous titles have returned one by one to seemingly shatter hopes of those characters promoting to the roster proper.

The last hold out was Lloyd Irving, protagonist of Bandai Namco’s Tales of Symphonia. With Kazuya Mishima coming from Bandai Namco’s Tekken series, it was likely the dual wielding hero would be back as a costume once again. And sure enough…

Lloyd was the first Mii Fighter shown from the latest batch, dashing the hopes of anyone holding out for a Tales of 25th anniversary crossover into Smash. Joining him this time around was the default Dovahkiin appearance from The Elder Scrolls V: Skyrim. Going by Dragonborn here, he marks the second Bethesda-made character to join Smash as a Mii Fighter after Fallout’s Vault Boy.

Next came two more characters that have been popular fan requests – Dante from the Devil May Cry series and the half-genie hero herself, Shantae. Dante’s using his outfit from the original Devil May Cry here, and Shantae comes with a new music track like Sans Undertale and Cuphead before her. Specifically, “Burning Tow” from Half-Genie Hero. 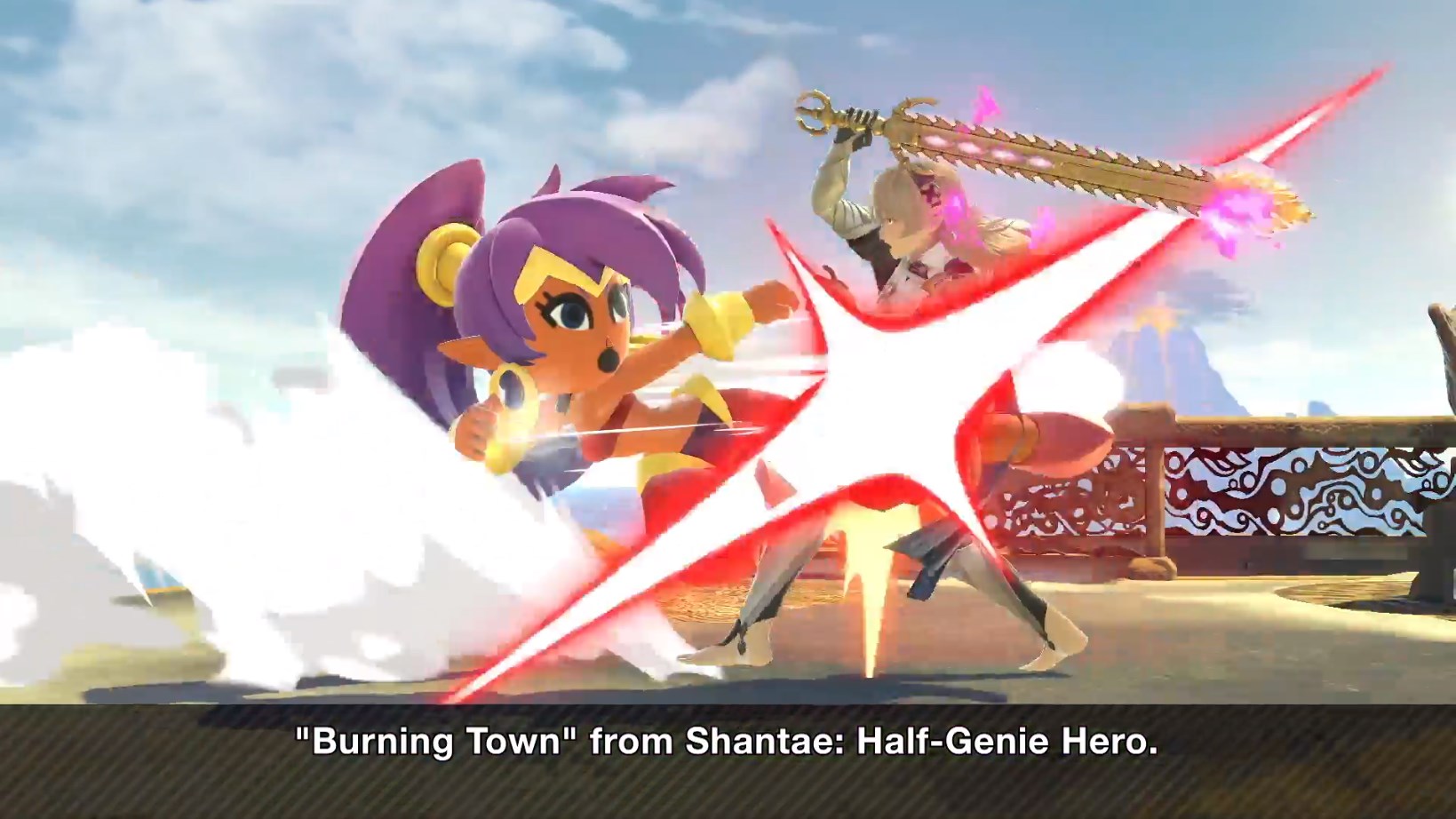 Each of these costumes will be available for the usual $0.75 each when Challenger Pack 10 drops tomorrow, June 29th.