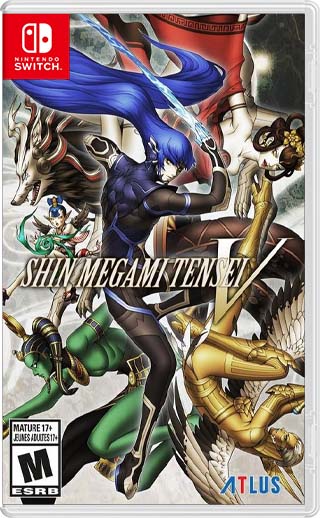 Atlus’ Shin Megami Tensei V left a strong impression in both its E3 Direct and Treehouse Live segments. Even coming in as a fan, what’s been shown looks to be a compelling step forward for the series, bringing together a lot of what made other recent entries so enjoyable. If you’d like to see even more, the Japanese counterpart to our first full trailer features even more footage. That means more demons, more exploration, and more of this gorgeous protagonist.

You can also check out a full Japanese SMTV livestream dedicated to the game, which featured a playthrough of the same segment that was a part of Treehouse Live earlier this week. Perhaps the most interesting part of it was the announcement of a Japanese-exclusive (at this time) collector’s edition of the game.

The Forbidden Nahobino BOX (as it’s called) will feature the game itself, a steel case, and a T-shirt — but the real gets are the other two included items. One is a soundtrack selection CD of the mainline MegaTen series, featuring new arrangements. The other is a Demon Compendium of your own — an art book featuring illustrations of all the over 200 new and returning demons that will appear in Shin Megami Tensei V.

There’s no announcement for this or an equivalent outside of Japan, though Atlus made a note of physical versions of the game itself going up for pre-order on June 21st here in America. Whether that means something special is on the way remains to be seen. Regardless, the game itself will be available worldwide beginning November 12th.