Nearly a year ago, Shin Megami Tensei V left a strong impression as part of the first Nintendo Direct Mini: Partner Showcase. Things are coming full circle, as we’ve finally seen gameplay of the long-awaited and Nintendo Switch exclusive MegaTen continuation during the E3 Nintendo Direct. See for yourself what awaits from the RPG great:

Once again our protagonist will be imbued with some supernatural power, this time via fusion with a “mysterious figure.” You’ll then be able to face the angels and demons populating the strange, post-apocalyptic Tokyo the game is bringing. It’s all familiar fare for the series, but is looking gorgeous with full 3D environments and demons. More than anything though, it’s the battle system that has me excited.

Fans of Tokyo Mirage Sessions: #FE will be in familiar territory, as it appears the UI is heavily inspired by that one. The Press Turn system, or something based around it, is coming back along with the requisite conversations and negotiations used to recruit new demons. These can then be fused into even more powerful allies, with plenty of familiar ones (like lovable mascot Jack Frost) appearing throughout the trailer. 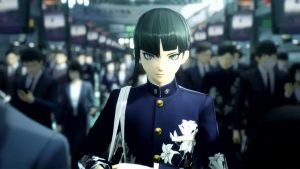 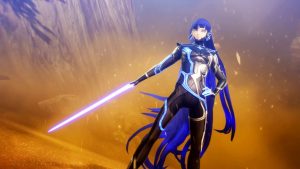 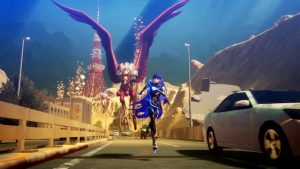 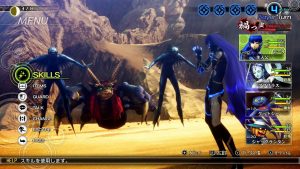 Shin Megami Tensei V will be released on November 12th. Later this month, Game Informer will be running a SMTV exclusive on the game to provide more details. Sooner than that, it looks like Atlus will be hosting some kind of stream in Japan.