Just ahead of vacation season, Tripwire Interactive and Deep Silver have unleashed their people-eating action-ShaRkPG Maneater upon the Switch eShop, and no beach is safe. This open-world eat-em-up puts players in the role of a young shark with an empty stomach and an appetite for revenge as they consume the inhabitants and tourists of the gulf coast! 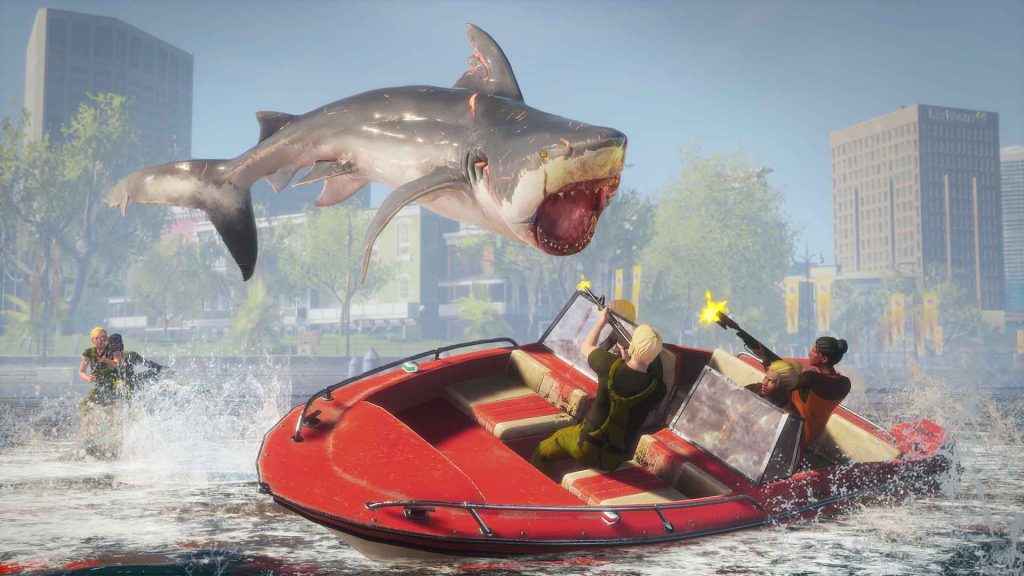 Here’s more on this playable summertime horror film straight from the minds behind it:

“Maneater is a single player, open-world action-RPG (ShARkPG) where YOU are the shark. Starting as a small bull shark pup you are tasked with surviving the harsh world while eating your way up the ecosystem. To do this, you will explore a large and varied open world encountering diverse enemies — both human and wildlife. Find the right resources and you can grow and evolve far beyond what nature intended, tailoring the shark to your play style. This is fortunate because getting revenge on the cruel fisherman that dismembered you will take evolving into a massive shark, an apex predator of legends. Eat. Explore. Evolve.

Maneater is stalking the waters of the Nintendo Switch now, and can be hooked for $39.99 on the eShop, as well as physically via Amazon.