Brotacular! Billy and Jimmy are back in a double combo pack of action and brutality from Limited Run Games. Double Dragon IV and Double Dragon Neon will be getting physical editions exclusively for the Nintendo Switch soon.

Like all other Limited Run Games base copies, Double Dragon IV and Double Dragon Neon’s standard variants will cost $29.99 each and come with the game on a physical cart along with a reversible sleeve. 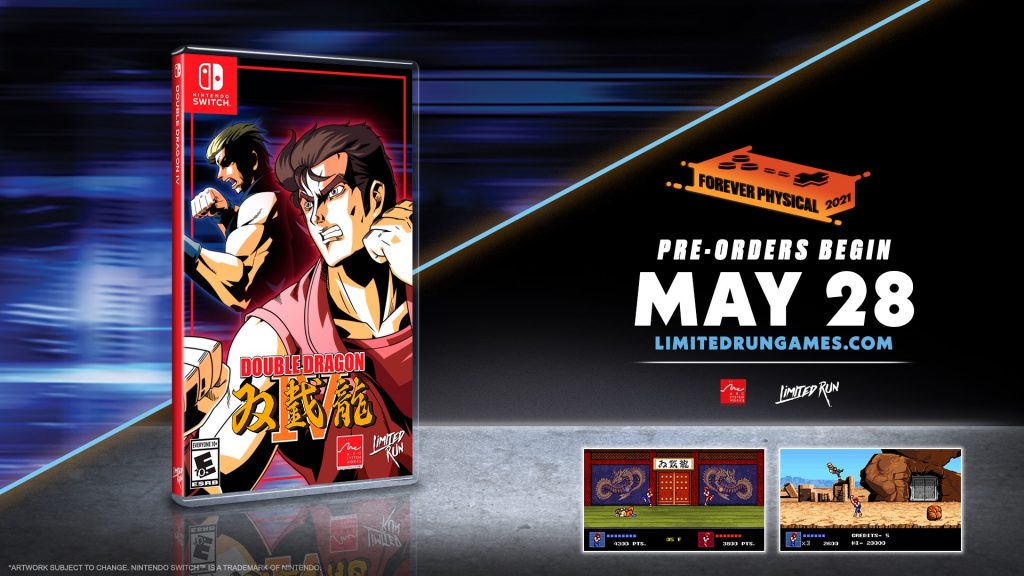 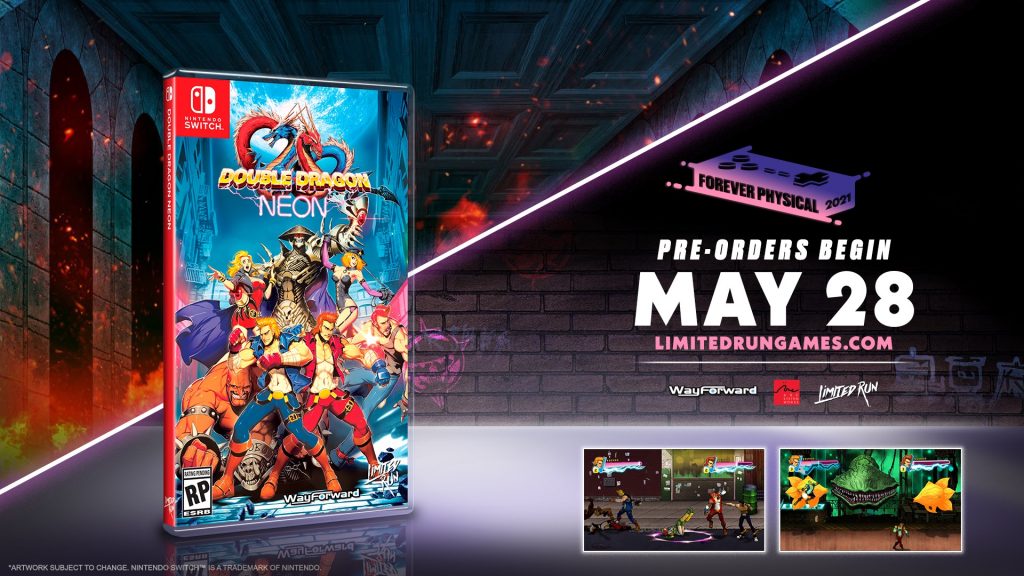 The Classic Edition of Double Dragon IV will retail for $69.99 and come with keychains of the two protagonists, a reversible poster, Retro NES-style dust cover, mini-CD soundtrack with an NES styled cover case, and an accurate NES-sized box that stores the NES cartridge case and soundtrack. 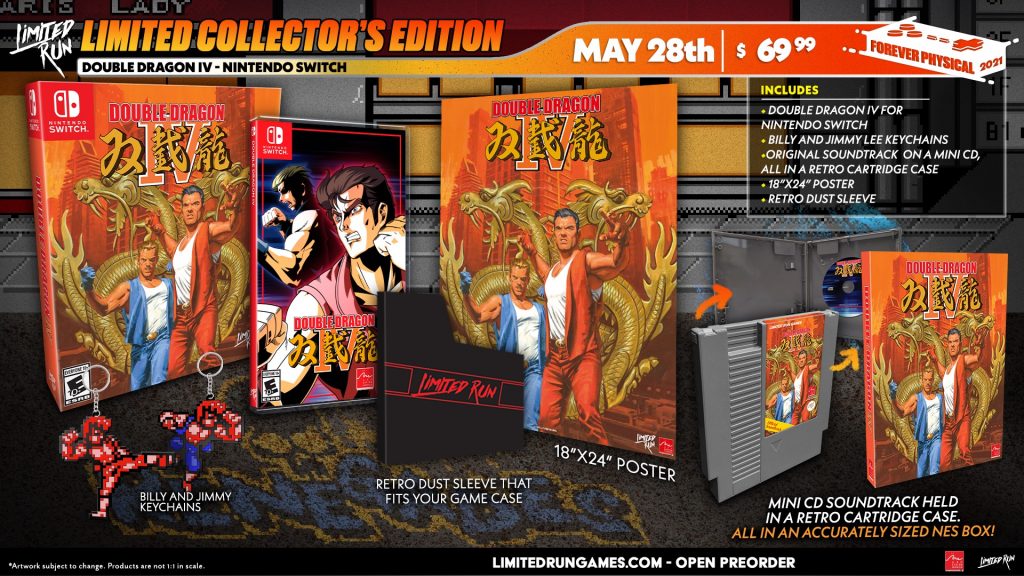 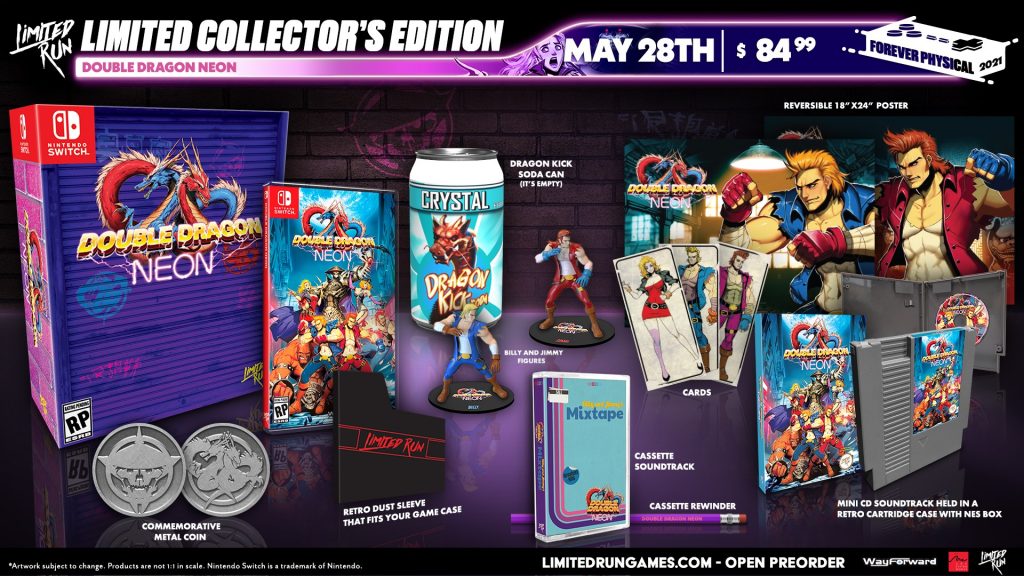 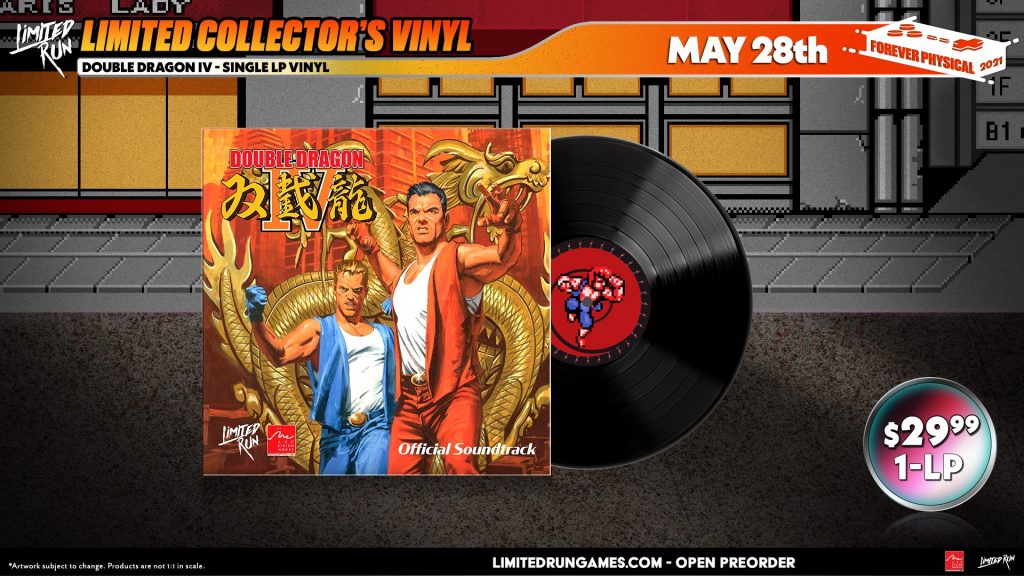