The flavor text for Monster Hunter Rise’s Origami Switch Axe reads “An ornate axe said to grant a wish if one can somehow collect a thousand of them.” A clear reference to the ancient Japanese legend that folding one thousand paper cranes will earn the maker one wish to be granted from the gods, this description was surely meant to be only a reference and not a self-imposed quest. That hasn’t stopped ceph0rend though, who took the text as a challenge, and as of this morning, it’s a challenge he has completed.

Crafting a thousand Origami Switch Axes was no easy feat, as a screenshot of ceph0rend’s save file shows that he’s been playing Monster Hunter Rise for 625 hours, grinding away at all the materials it would take to craft 1,000 Switch Axes. Some quick math tells us that is over half of the total hours that have passed since Monster Hunter Rise launched (1,092 hours as of this article’s posting), meaning ceph0rend has been hunting for over 12 hours each day since the game came out.

What exactly is the wish he’d like granted after dedicating so much time to Monster Hunter Rise? To bring back the ducks from the Monster Hunter MMO, Monster Hunter Frontier. These ducks, also known as Gu-Ku, acted as pets, much like the Cohoots in Rise and the Poogies in other Monster Hunter games. 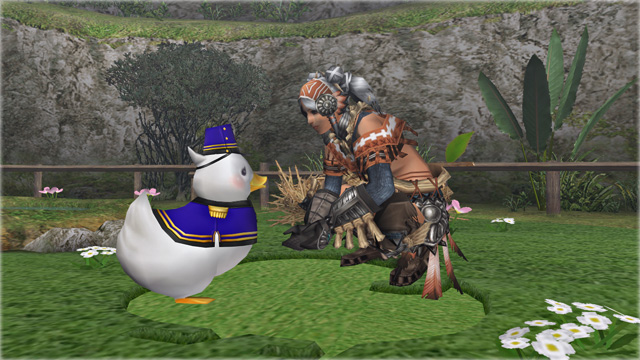 Time will tell if Capcom takes notice of ceph0rend and his one thousand Origami Switch Axes and grants his wish. In the meantime, he has pledged that all of the tips coming through his tip jar this week to the Make-A-Wish foundation in celebration of completing his grind.