While the original Ni no Kuni’s home console version from 2011 has been on the Nintendo Switch for a while now, its sequel from 2018 has yet to make an appearance. Thankfully, it looks like that’ll soon be changing.

The ESRB has rated the game for Switch, granting it the same T rating it had before. What’s noteworthy is the title “Prince’s Edition”, the previously released version of the game that included a season pass and various bonus features. 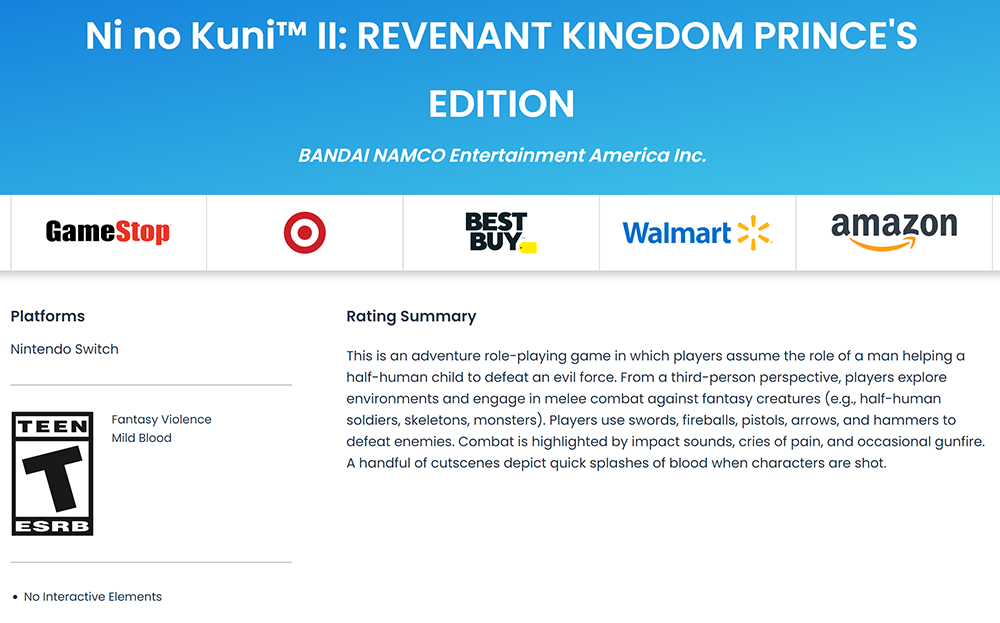 The RPG, which similarly uses Studio Ghibli’s signature style albeit without any animation input like the first game had, follows the adventure of Evan, a boy prince, whose fantastical kingdom is ripped from him, leading to a team up with a mysterious gun-toting man from another world.

We’ll be sure to bring you more on this mysterious Switch port as and when it’s revealed.