The grand insect-themed adventure that pays homage to the Paper Mario series, Bug Fables: The Everlasting Sapling, is fast approaching its one-year anniversary from making the flight from PC to consoles. Similar to other well-loved indie titles on Nintendo Switch, Bug Fables has been only available digitally. That is until Limited Run Games added it to its Forever Physical line-up. 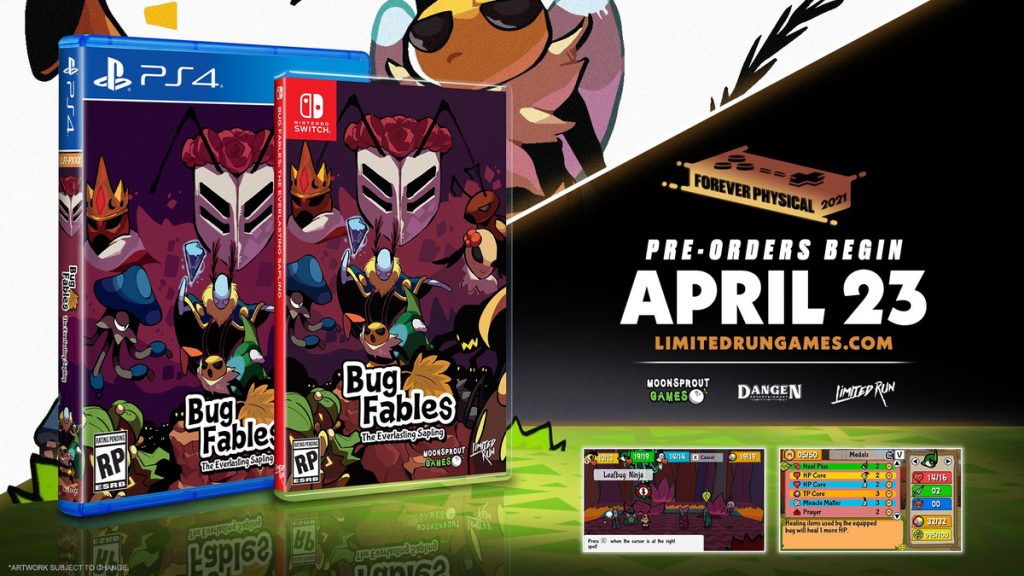 The Standard Edition follows past LRG releases – just the game and a case. Currently, a price point hasn’t been announced yet. As for the Collector’s Edition, it’s $89.99 and includes the game, CD soundtrack, Vi plush (“Bee-cause she’s Bee-autiful!”), enamel pins, spy cards, and a papercraft diorama according to LRG’s tweet. 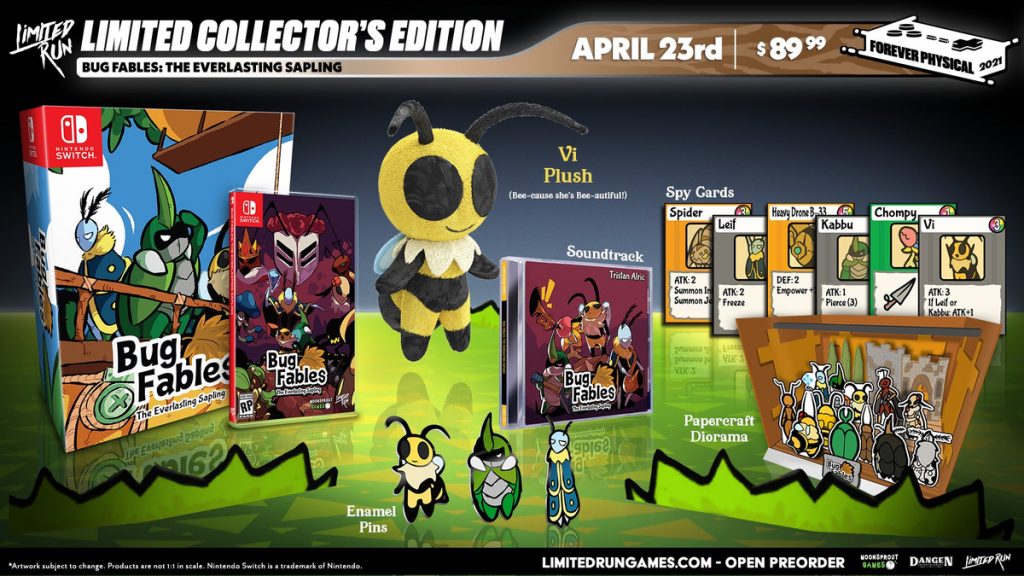 Both editions launch on Friday, April 23rd at 7 a.m. PT | 10 a.m. ET at LimitedRunGames.com and will be available as an open pre-order for four weeks.