Cuphead is an absolute beauty in the visual department, with its hand-drawn animation based on 1930s cartoons crammed full of the unique style of that era. With this in mind, it makes complete sense that a museum exhibit based on Studio MDHR’s run-and-gun classic would also stand out due to its incredible visual flair.

The publisher recently shared a look at the Cuphead exhibit at the Melbourne-based ACMI (Australian Centre for the Moving Image). Over 100 3D-printed models are used in this spinning zoetrope to bring character figures to life, making it appear as though they’re smoothly “animated” as they are in the game. According to ACMI, this piece will be on display in ACMI: Gallery 1 until February 16th, 2031.

A marvel of the modern age!! We're thrilled to share this first-ever look at the Cuphead museum exhibit in motion.

Housed at @ACMI in Melbourne for the next decade, this 3D-printed Zoetrope contains over 100 individual models that "animate" with the help of strobing light! pic.twitter.com/tjRXhasL8o

For those unfamiliar with the zoetrope device, it’s similar in concept to a flipbook, which displays a series of frames at high speed in order to trick your brain into seeing movement. Swap pages for 3D sculptures, a spinning platter, and strobe lights, and the modern version of the zoetrope creates a similar effect.

Cuphead is available now for Nintendo Switch and other platforms, and recently the game was featured in a crossover with the popular multiplayer title Fall Guys in the form of downloadable costumes. 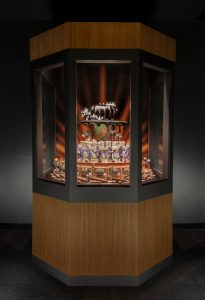 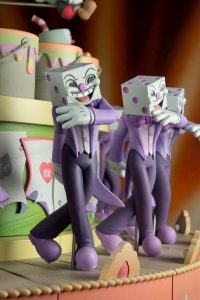 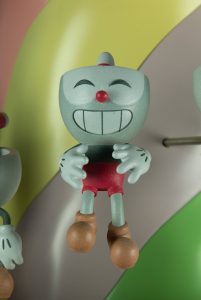