When it comes to Nindies, I can think of no finer how-do-you-do than Cuphead’s overdue debut last month. Rumored and requested plenty, it took the combined effort of Nintendo, Microsoft, and Studio MDHR to pour this one out and meet the frothing demand of run ‘n gunners and animation fans everywhere. With the same tight and challenging gameplay that can be found on XBox One and PC, some added Switch features, and the trademark hand drawn visuals tying it all together, there’s nary a reason why you shouldn’t put yourself through the wringer (again, or for the very first time) and give the Devil his due in Cuphead on Nintendo Switch.

Cuphead puts you in control of… Cuphead! The aptly named anthropomorphic drink dispenser has a likability to his design that can’t be denied, and with his pal Mugman they end up on the wrong side of the tracks and in one hell of a casino. Gambling without a care in the world, Cuphead puts the pair’s souls on the line and gets them stuck working as the Devil’s debt collectors with one wrong roll of the dice. Now the duo has to roam around the Inkwell Isles and face off with all kinds of characters to get themselves out of this infernal jam. It’s all told through bookended slideshows of story with other cutscenes popping up between worlds. Nothing deep here, but it’s the perfect plot for matching the game’s main inspiration and lets the characters bump gums just enough to get the plot across. 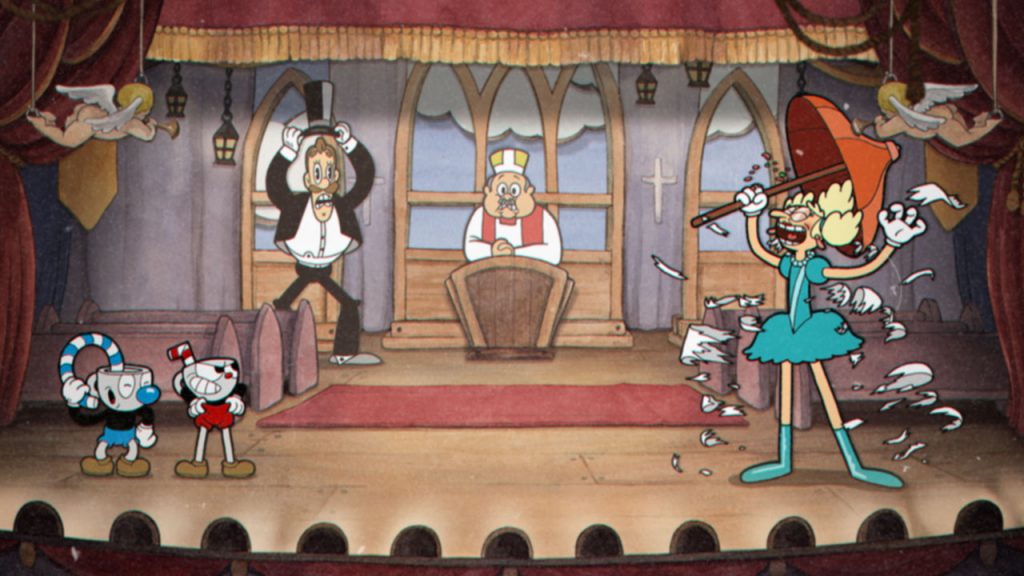 If you hadn’t noticed already, Cuphead is an absolutely eye-catching game that mimics 1930’s animation in its designs and character movement. It’s only in a world like this that you’ll see this kind of squash and stretch from its cast, with exaggerated gestures and attacks found in every donnybrook along the way. Every time you fight a boss they’re inclined to undergo some kind of elaborate transition or transformation to change up both their patterns and their looks and effects, making for a game that never stops appealing to fans of the medium or those who can appreciate pure, technicolor talent when they see it.

Besides its laudable visuals, Cuphead’s other addition to the genre is a parry mechanic. Certain projectiles sent your way will be a distinct pink color, and by thwacking them aside you not only eliminate an obstacle, but you charge up your character’s special attack meter. By keeping an eye out for these chances (which at a couple points are pretty much necessary to avoid taking damage) you’ll be able to boost your end stage ranking — but more importantly, you get the satisfaction of a perfectly timed move that helps your assault and survivability in equal measure.

Good day for a swell battle!

While its gameplay aims for eight-way run ‘n gun, the number of side-scrolling stages you’ll take on are surprisingly few. Instead, the bulk of Cuphead’s levels put you right at a boss that, on average, took me a couple minutes to completely Wallop. That kind of brevity only came from trial and error, with naught but a few taking me multiple tries. It’s this focus on challenge and replayability that gives the game its legs, though if you get worn out on trying fights over and over again, then you might not be looking at the right game. 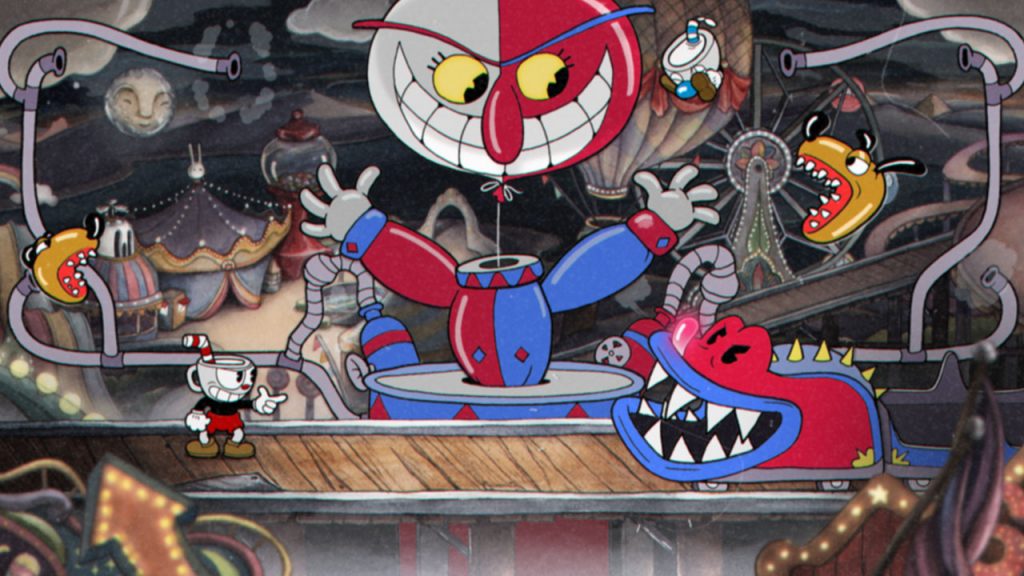 There’s some degree of freedom in how you gather up these boss’ soul contracts, with there usually being more than one stage open for you to try at any given time. Likewise, you’re able to gather different kinds of shots, items, and special attacks over the course of your misadventures to customize your loadout and approach to combat. There’s even a set of stages that put your drink of choice in a plane, playing more like side-scrolling space shooters such as Gradius, and offering up some particularly punishing patterns to weave and fight through.

Even with how consistent your objective is, Cuphead stays fresh as can be thanks to the thrill of experiencing these well-designed fights one after another. Each one draws you in with dual measures of creativity from both the gameplay and presentation perspective. Even at my most frustrated points with the game, I never wanted to stop playing, mostly because I wanted to see what kind of tricks any given boss would have in store for me once I pressed just a little bit further.

There are a few things to be wary of, though, as a couple of the boss fights toe the line with respect to fairness. None were so overwhelming as to keep me from completing the game, but a few that feature randomly generated platforms were the only times where deaths felt less justified. Things like enemy placement and shot paths change from try to try, but when you add in footing that may or may not be where it needs to be, you can end up cornered. It’s another challenge of the game, and one that doesn’t come along often, but these dalliances with frustration hamper an otherwise tight experience.

With the new platform come some additions and new problems as well. The version of Cuphead on Switch is the latest update to the game, so if you’re coming from Xbox One or PC you’ll be treated to plenty of new animation and the ability to select Mugman over Cuphead in single-player. Multiplayer, on the other hand, is easier than ever to pull off thanks to those trusty Joy-Con, offering up all the thrills of the game with the added task of keeping your friend alive. 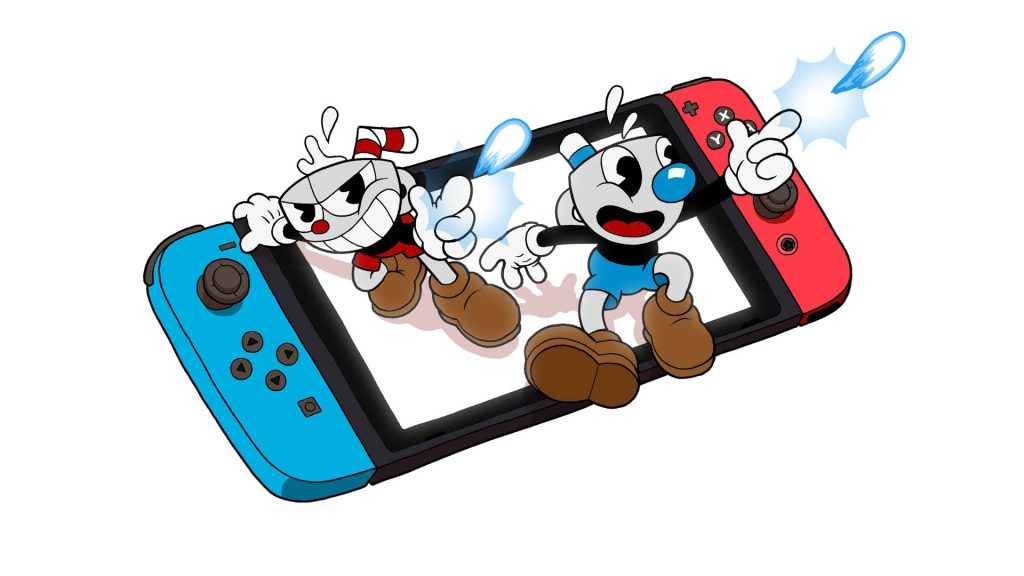 Speaking of Joy-Con, probably my only console-specific gripe has to do with the controllers. With how closely the buttons are spaced and how often Cuphead had me pressing one or more while holding another, more intricate presses were trickier than they needed to be. That’s remedied by playing using any number of other, traditional controller options though, and the benefit of a handheld Cuphead far outweighs any minor annoyances.

Playing both docked and in handheld mode, I never saw any performance issues with the game. After a bit of loading before each boss, things went buttery smooth, and with how tight the timing needs to be with this game, that’s a very good thing. The load time for the final boss fight was the only notable instance, but as that’s a longer than usual affair it’s worth the added wait in my eyes. To put it another way, performance-wise Cuphead fits perfectly on Switch. 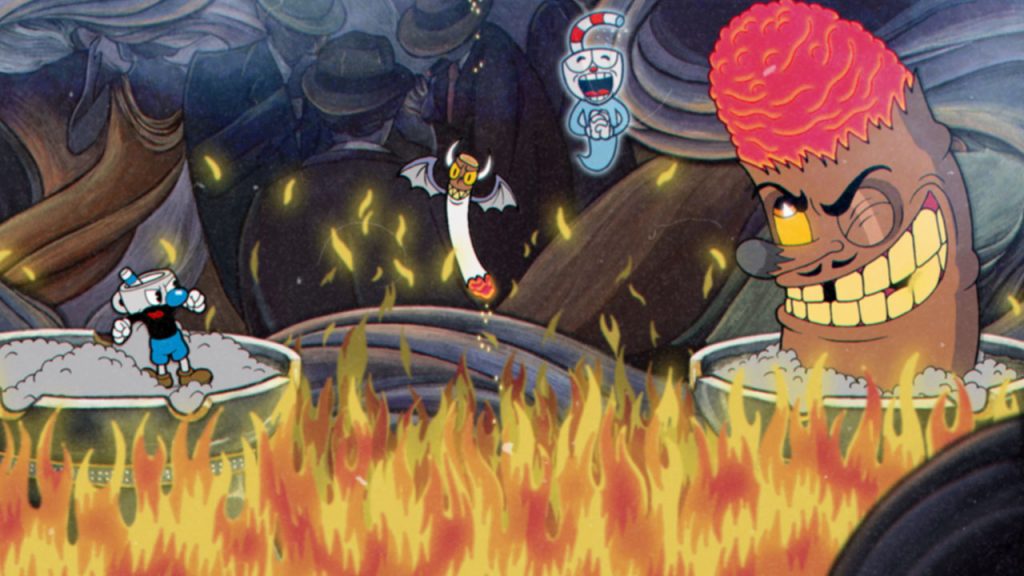 That’s all there is, there isn’t any more

If it isn’t already abundantly clear, Cuphead is an achievement of a game both for its inspired and delightful presentation and the refreshing difficulty of its cavalcade of characters, making this a swell shakedown from start to finish. With a soundtrack composed of jazzy big band numbers and jaunty ragtime fun (all recorded live) to complement the hand-drawn visuals, this is one of my favorite games to just watch and listen to. Every fight brought something new to see and an opportunity to get better, leading up to a showdown with Old Scratch himself that still kept me on my toes.

Just like its villain, it tries to swindle you with its cute veneer, but its gameplay is just as worthy of praise to the point I started a fresh playthrough moments after the credits rolled. If you’ve ever watched a cartoon in your life and don’t mind a challenge, roll the dice with Cuphead on Nintendo Switch. 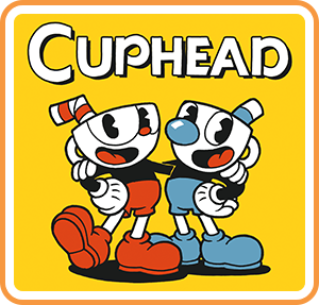