Over the weekend, Koei Tecmo held a panel for the upcoming anime spin-off from its magical girl RPG Blue Reflection. It wasn’t all anime, though, as part of the showcase revealed two video games. One, Blue Reflection Sun, was confirmed for mobile devices and PC, while the second is bound for the Nintendo Switch, PS4, and Steam.

Aside from the title Blue Reflection: Second Light, or Blue Reflection Tie in Japan, not much else is known about the game, though one of the major characters appears front and center in a new piece of artwork commemorating the three projects on the official website. 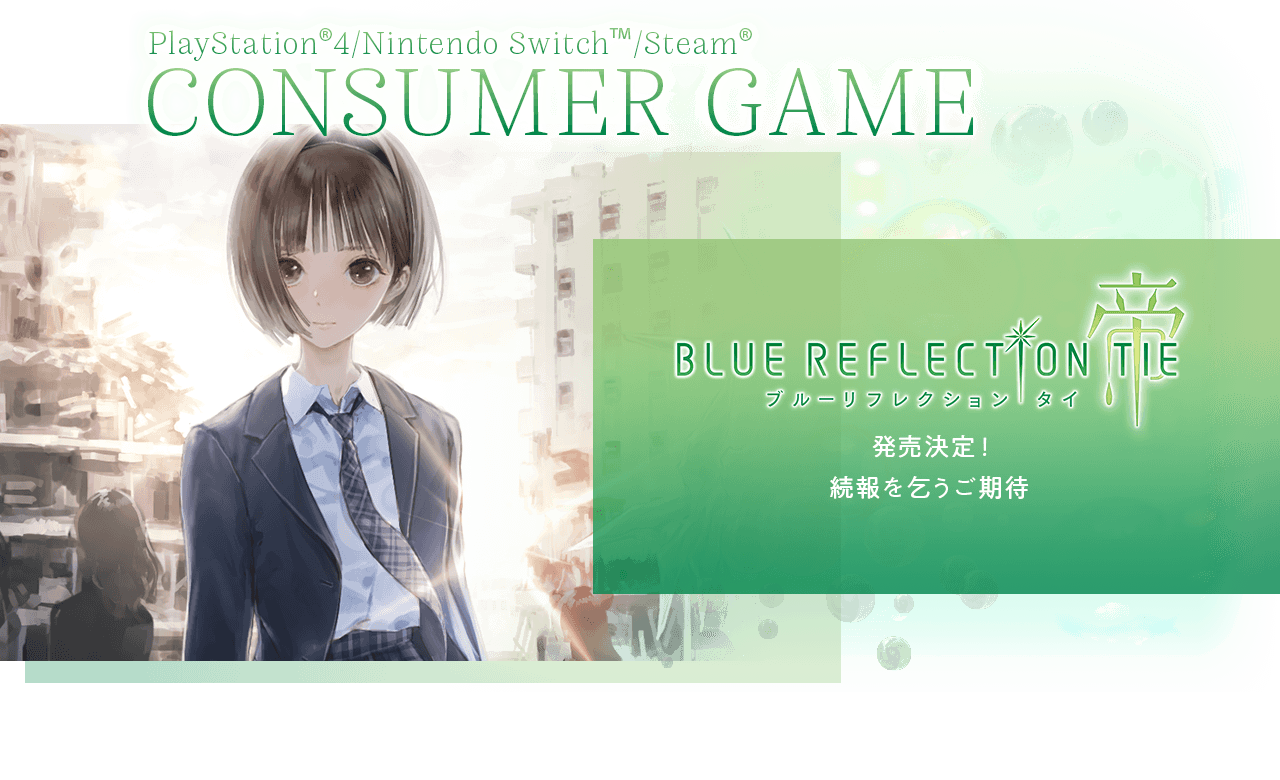 A western release was confirmed by Koei Tecmo America, though no dates have been given.

We are pleased to share that Blue Reflection: Second Light will be coming to the west on #NintendoSwitch #PlayStation4 and #Steam. #BlueReflection #BRSecondLight #KTFamily pic.twitter.com/91jr7NqHA2

The original Blue Reflection from 2017 followed a group of school girls who find themselves able to travel to another world where they gain magical powers and combat prowess.