The end of the world has nearly returned, as today Atlus has announced when fans can (re)experience one of the finest Shin Megami Tensei titles there is. Shin Megami Tensei III Nocturne puts you in the role of the Demi-fiend, letting you fight alongside your recruited demons while maintaining your humanity. This HD Remaster will give the game another chance to bring audiences into its apocalyptic setting when it releases on May 25th.

ATLUS Director Kazuyuki Yamai has a special message for all #SMT3 fans!

Features new to this release will include:

Similar to the fellow Atlus title Persona 5 Strikers, MegaTen III HD will also be receiving a Digital Deluxe Edition. Priced at $69.99, it will include the following:

The most notable of these is the Maniax Pack, which will grant you a version of the game that includes Devil May Cry’s Dante. Not only will he be encounterable as a boss, but you can also recruit him to fight alongside you if certain conditions are met. The Chronicle Pack instead features Raidou Kuzunoha in Dante’s place, and is the ‘default’ edition of the game for the HD Remaster. 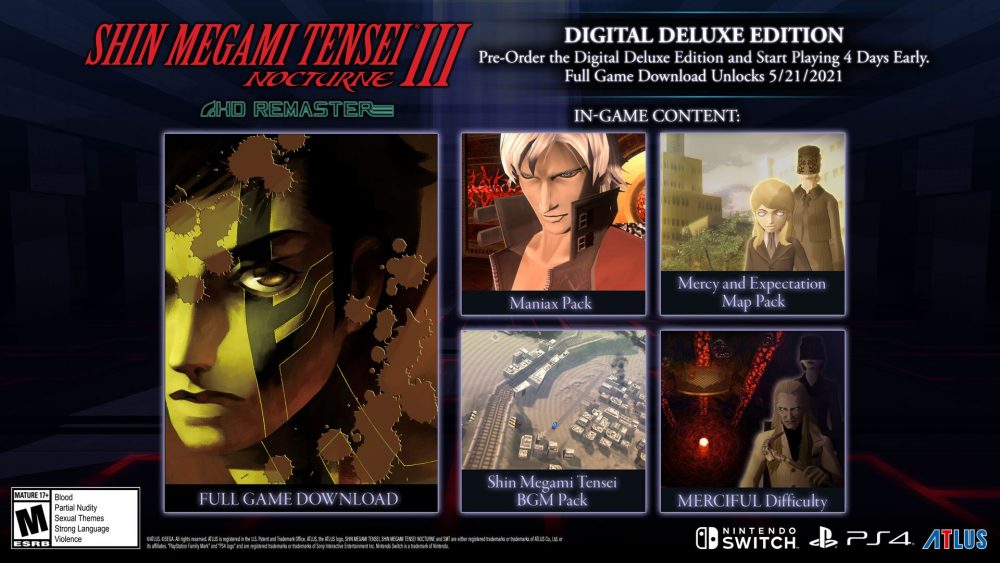 Of course, a standard physical edition will also be offered, priced at $49.99 on both Switch and Playstation 4. These will be available on the game’s official launch date of May 25th.