Capcom knows how to make Monster Hunter titles last. As feature rich and replayable as they are right out of the gate, sometimes you just want to hunt something new. That’s where these come in – free title updates coming after the game’s release.

The first of these free DLC monsters will be one of Monster Hunter 2’s Elder Dragons, Chameleos. Known for being able to go invisible throughout its fight, this is its first appearance since Monster Hunter Generations and its re-release on Switch. 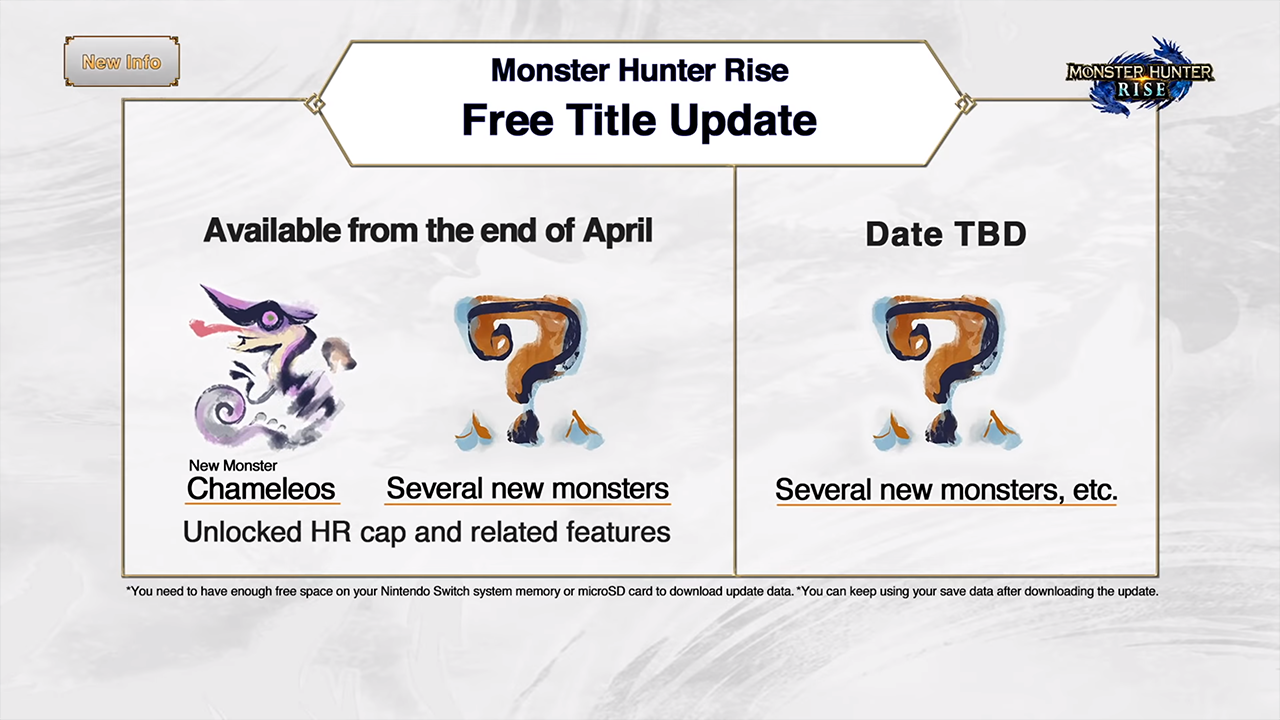 Chameleos, along with a Hunter Rank cap increase, will arrive in Late April. More free updates will be on the way, including more monsters and armor sets for players to collect. The best way to prep? Pick up Monster Hunter Rise when it releases on March 26th.
&nbspl