Shigesato Itoi himself is modeling reprint of rare EarthBound jacket

There are many corners of EarthBound’s history and marketing that fans have no doubt filled themselves in on, but one of the finest and freshest is the Mother 2 sukajan. These kinds of souvenir jackets are common enough (though they can definitely be high quality pieces as well, as we shall see) but this particular one is both a Holy Grail for collectors and a badge of honor of those who received the originals.

As commemorative pieces of the game’s development staff, there aren’t many of these dragon adorned in the world. Before his passing, Nintendo President Satoru Iwata shared a photo of his back in 2013, calling it a personal treasure.

We learned back in November that this rare item was getting a reproduction run as part of the Hobonichi Mother Project, as a partnership between Hobonichi and fashion designer Anrealage, and made by sukajan specialists Tailor Toyo. Now not only do we know exactly when they’ll be for sale and for how much, but we’ve got a new model donning this treasure – Shigesato Itoi himself. 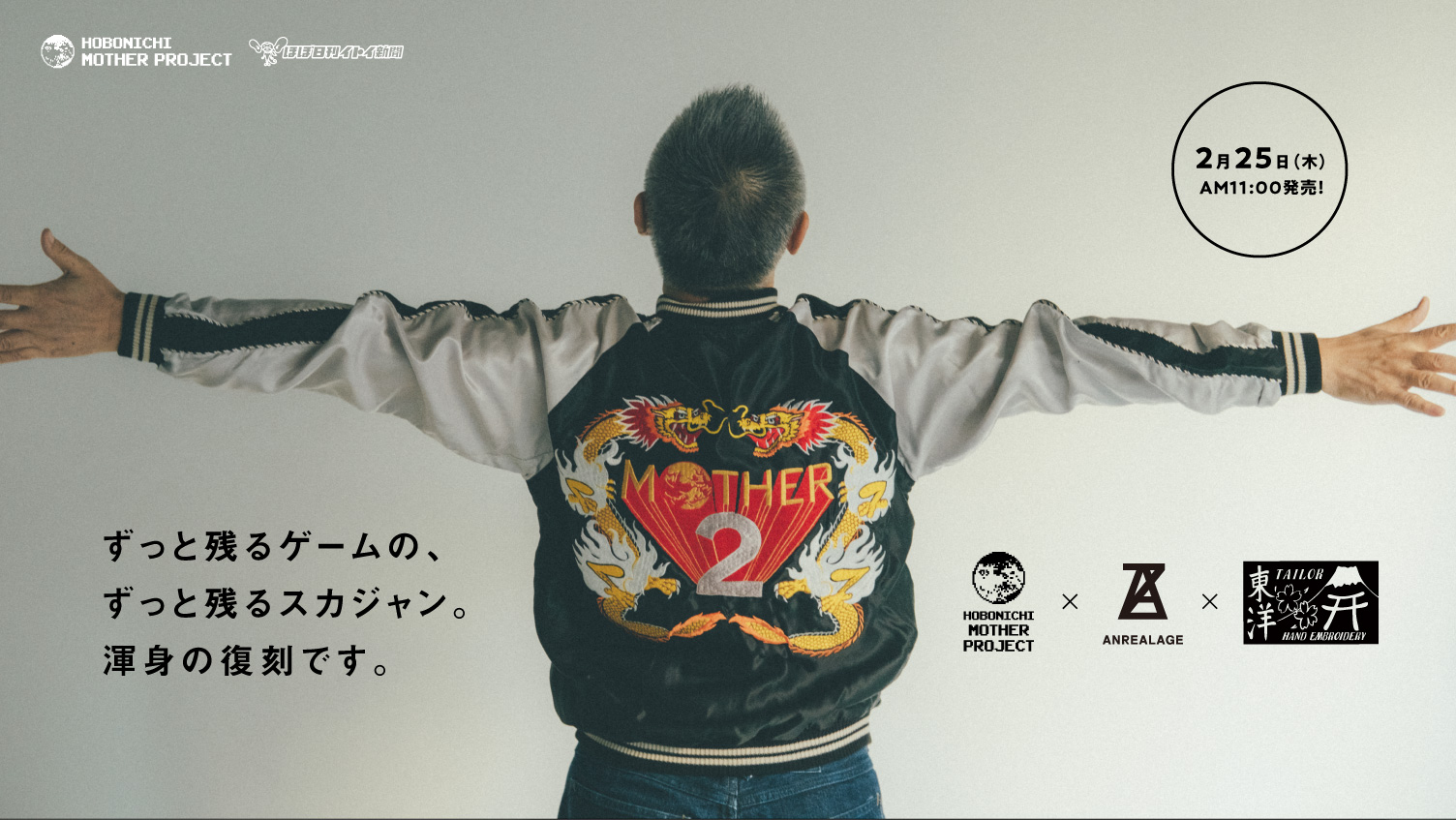 The Mother series’ creator is looking fine in a jacket that wouldn’t exist without him, and no doubt enjoying the continued popularity of his work that something like this is possible. Orders will be opening on February 25th, and will only run until March 22nd. There’s a limited quantity that is already prepared and will be shipping soon, while the rest will be made-to-order and ship in October.

Past Mother series items have been available to ship to the US, so if you’re interested in this second chance at a piece of Nintendo history be sure to keep an eye on the Hobonichi Mother Project store page. Just be prepared, because even before tax and shipping these Mother 2 sukajan are selling for just over $840.