Pokémon has a long legacy of fantastic pixel art. The limitations of the Game Boy hardware meant that GameFreak had to convey a lot of information with very little screen space or processing power. Those limitations led to an iconic visual identity that has grown with Pokémon as it’s evolved beyond the confines of the pixel era and into the modern era of 3D models.

There are those who still carry a torch for that simpler time in video game graphics, however, and pixel artist Pat Ackerman is one such torch-bearer. Going by the name patackart on Twitter, he’s made a career out of pixel-art, and has quite a bit of Nintendo fan art on display alongside his original work.

One particularly exciting piece he’s created is a collage featuring all of Pokémon Sword and Shield‘s new monsters, reimagined into a style that would be right at home within the pixelated Johto found in Pokémon Crystal! The collection of pieces features all of generation eight‘s starters, legendaries, and even each of the new Galarian forms! 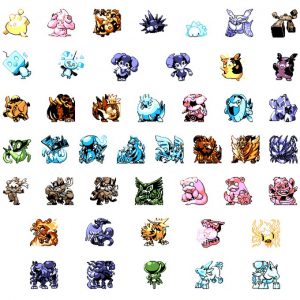 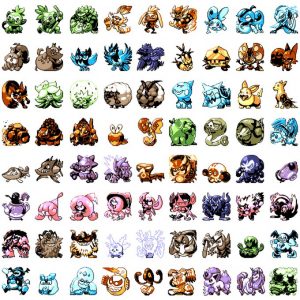 At the risk of sounding like a hopelessly nostalgic Poké-fan, I have to say that a fair number of these pieces actually look way cooler than their official representations in-game. Take the Impidimp line, for example. It’s absolutely a great line in Sword and Shield, but there was just something about its later forms that has kept it from ever really clicking with me. In Pat’s rendition, however, the little goober’s evolutions are a total win! I’d have one of those edge-lords on my team any day of the week!

You can check out more of Pat’s work on his Twitter page, or via his Instagram PatsPixels, where he posts new Pokémon art every Wednesday!