Cris Tales gets Collector’s Edition, lets you hug the frog

Cris Tales has been a long time coming, with a dedicated development cycle and a delay or two along the way. The time bending RPG is almost here, though, and signaling that finish line is a fully featured Collector’s Edition. If you were won over by the game’s demo or have been following since day one, check it out on the Maximum Games Store.

Included will be the following: 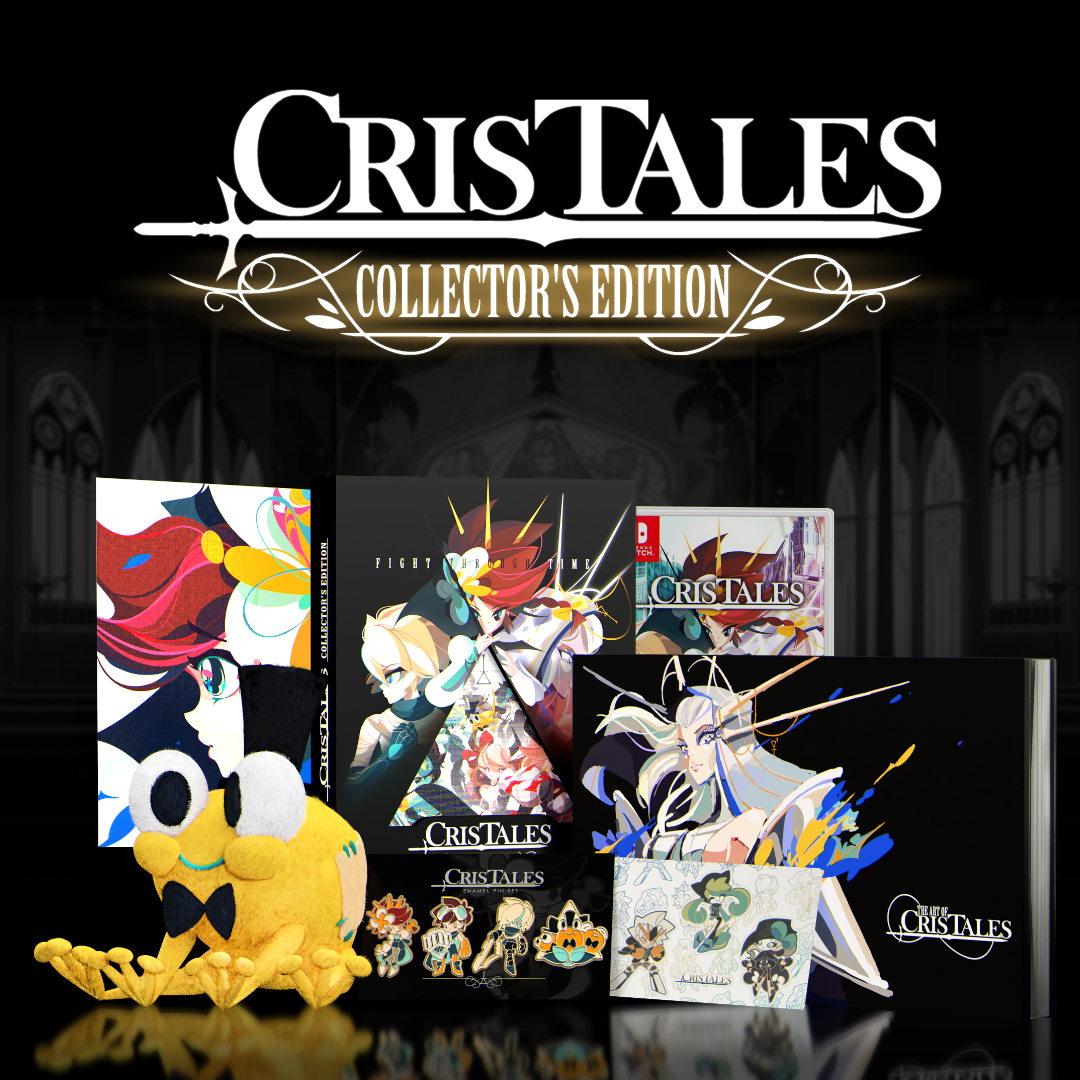 Special mention goes to the artbook and prints, which capture and chronicle the game’s look splendidly. You’ll also be able to hug a dapper lil frog thanks to the included Matias plush, all for a $99.99 price point.

Cris Tales will be available for PS4, PS5, Xbox One, Xbox Series X|S, PC (digitally), and of course Switch. No firm release date has been given as of yet, but it’s still slated for “Early 2021.”