Last week, we reported on amiibo aficionado HEYimHeroic’s findings that the NPCs in Breath of the Wild are, in fact, a highly advanced version of Miis. This week, she has shared her discovery of a way to give official Nintendo Miis on Switch fully functional and officially generated QR codes!

What makes this so exciting is the fact that some official Nintendo Miis that were previously only accessible on the Switch can now be converted into older Miis and shared as QR code’s online! One example HEYimHeroic gave was the Aerith Mii from the Final Fantasy VII Spirit Board event in Super Smash Bros. Ultimate, and she’s currently in the process of compiling a list of every official Mii on her site. 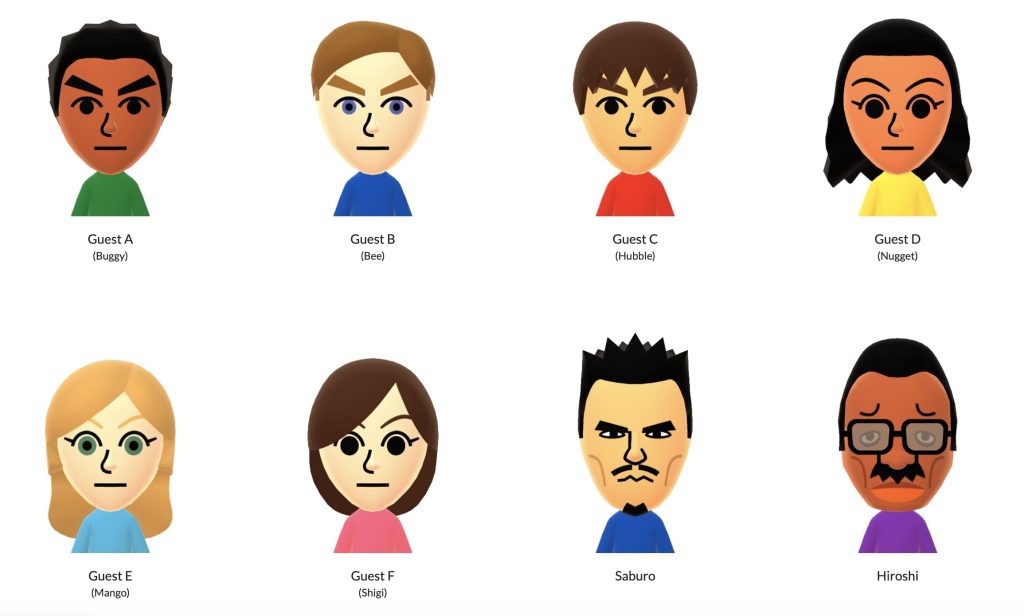 For those who may not have read our previous article on the topic, Miis on Nintendo Switch have been updated from their 3DS and WiiU precursors, having been given newer models with more customization options. Once you’ve made your Mii in the awkward and silent abyss deep within the Switch’s settings, however, that’s where the differences seem to end. They will still appear in games like Smash Bros. and Mario Kart just like their past-gen counterparts did in supported titles. Unfortunately, even though they seem to function so similarly, their updated code means that you can’t read or write them to and from QR codes like you could on the WiiU and 3DS. The newer code simply isn’t compatible with the older code.

From a hardware perspective, this makes perfect sense since the Switch doesn’t have a camera and thus can’t read a QR code. However, recent updates to the Nintendo Switch Online app and the Switch’s screenshot gallery have shown that the hybrid console is perfectly capable of using QR codes with the help of a smartphone’s camera. While HEYimHeroic hasn’t come up with a way to make the Switch natively support Mii QR codes, she has found a workaround that may serve as the next best thing.

According to her findings, when Mii data is saved to an amiibo, the Switch converts the Mii from its newer Switch format into the 3DS/WiiU format, and then stores the Switch-exclusive Mii features in a separate part of the amiibo’s storage. This data can then be extracted from the amiibo’s storage, injected into the 3DS or WiiU’s Mii maker, and then saved as an officially generated QR code!

You may be wondering what happens to the Switch-exclusive customization options after conversion and separation of the data. Well, as it turns out, the items are automatically converted to the closest item that the older Mii format supports and applied to the Mii’s appearance. This plays out in a similar manner to the Breath of the Wild UMiis! (Gosh, that’s still such a fun word to say.) Another interesting tidbit from her findings is the fact that this method can be used with seemingly any amiibo. In fact, HEYimHeroic says that she used a Wedding Bowser amiibo for her explanation image.

When we shared our original article on HEYimHeroc’s work, I mentioned that I couldn’t wait to see what other gems could be discovered deep in the code of Breath of the Wild. While these findings aren’t for that game specifically, it’s still incredibly interesting and I’m looking forward to seeing where this discovery leads!