The Nintendo Switch became real on this day four years ago

You may have read that headline and thought: “Hold up Nintendo Wire, you crazy Bokoblins, time may be irrelevant since 2020, but I know the Switch’s anniversary isn’t for another two months!” And you’d be absolutely correct! The Switch itself doesn’t turn four until March. What I’m referring to, however, was the day Nintendo Switch pre-orders went live.

On January 14th, 2017, the Nintendo Switch became an actual, purchasable item. The joyous day was preceded by the last E3-style press conference Nintendo has hosted since, and it was as cringy as it was amazing! 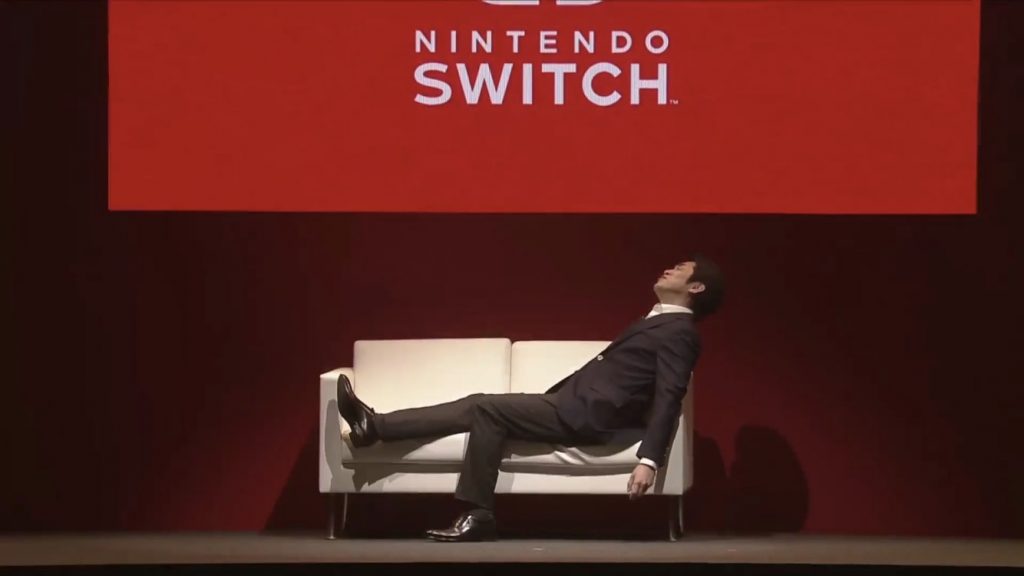 The conference lasted for about an hour, and set the table for the Switch’s thunderous arrival by looking back at the Nintendo legacies that led us here, and forward to the adventures yet to come. The presentation saw the likes of Sega and EA declare their support for the hybrid console, and had appearances by industry greats such as Todd Howard and SUDA51, as well as Nintendo legends Shigeru Miyamoto and Eiji Aonuma!

New games were announced by third parties, and Nintendo came out swinging (literally) with the reveals of ARMS, 1, 2, Switch, Xenoblade Chronicles 2, Splatoon 2, and Super Mario Odyssey. One game announced at the showcase, Shin Megami Tensei V, still hasn’t seen the light of day, oddly enough. It was announced to celebrate the 25th anniversary of the series, and currently looks like it will end up being more of a celebration for the 30th. There was one other major title shown in the presentation, but just like good ‘ol Nintendo handled it that night, we’ve gotta give it the build up it deserves! 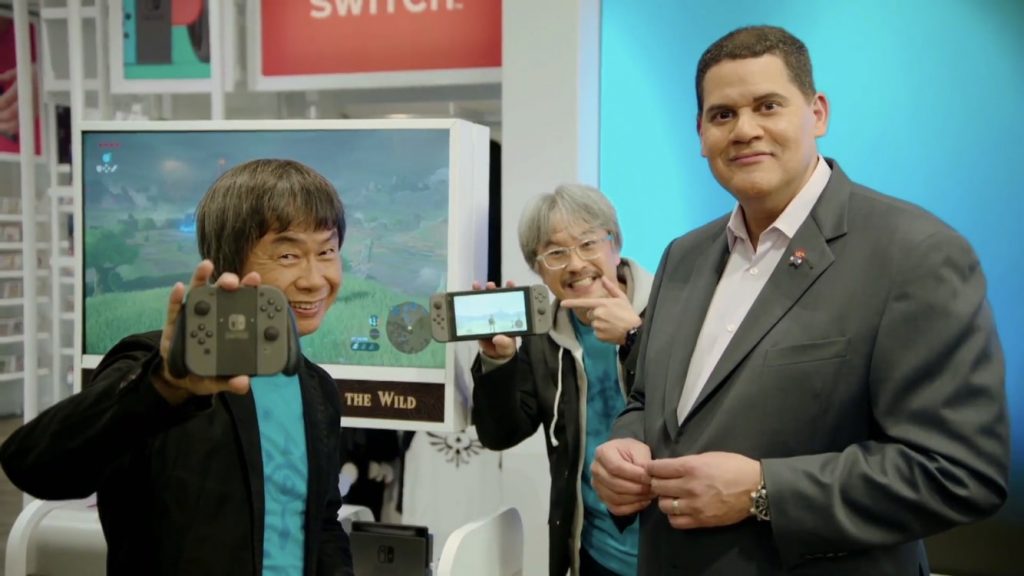 The event closed with the Switch’s price being detailed — which was set at an extremely competitive $299.99 — and the announcement of a release date for a game that had been just out of reach for far too long. The Legend of Zelda: Breath of The Wild would release on March 3rd, 2017, alongside the Switch itself. The announcement of this long-awaited date was accompanied by a trailer that Nintendo Wire’s own Tom Brown refers to as “the greatest trailer from Breath of the Wild ever.” And you know what? He’s not wrong! See for yourself:

Chills, right? Me too. Heck, to this day I can’t help but get all misty-eyed watching it.

That glorious trailer was the crescendo to a night that was mostly hits and very few misses. Although, the misses that did occur were just as memorable. Who could forget SUDA51 screaming into his mic and going off-script, followed by the obvious panic in the voice of the translator who ended up working his part of the show that night? And let us all have a moment of silence for the cowboy who lost his duel in 1,2, Switch after a full minute-long stare-down in the desert. My personal favorite, however, was the scowl on the face of EA’s Patrick Söderlund as he said it was a dream come true to be on Nintendo’s stage announcing FIFA for the Switch. All the while, Bill Trinen happily translated his words into flawless Japanese. 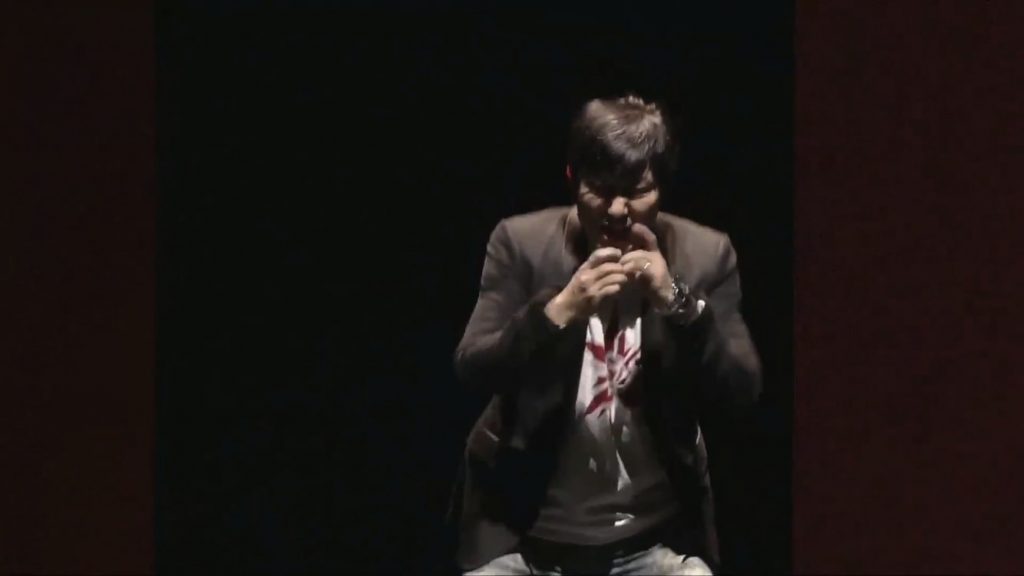 It was a wild night in so many ways, and one this writer won’t soon forget! To get back on the topic of the article, though, the following day was equally as magical. On top of the Switch going live at retailers, the day was graced with a special Nintendo Treehouse: Live presentation that lasted well into the afternoon. I remember sitting outside of my local GameStop, watching the stream as I waited for the store to open. Hearing Nintendo’s Nate Bihldhorff announce to the world that holding the Switch’s packaging filled him with lust is burned into my brain, and is a sentiment that I completely agree with, for the record.

When the store finally opened and customers were allowed in, I recall the conversations as we waited for our turns at the register. The atmosphere was absolutely electric, and everyone there was excited about Nintendo’s new game-changing hardware. I joined one group’s conversation and eventually said: “It’s like my dream console,” to which one member of the group responded with: “Man… it is for all of us.” That was the moment it all clicked for me and I realized just how bright the hybrid system’s future could be. 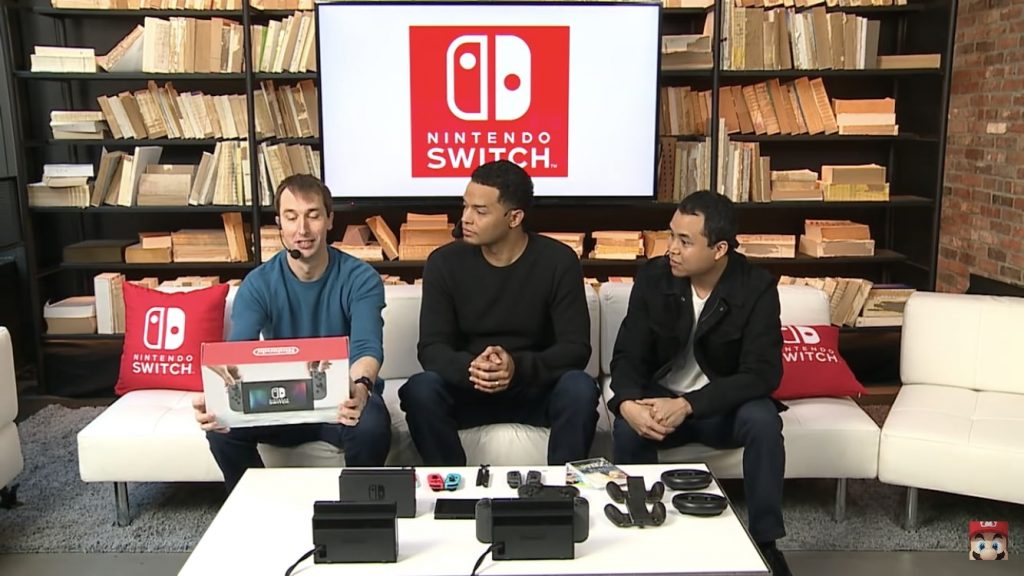 The Nintendo Switch is a special little console, and on this, the anniversary of its availability, I can’t help but feel incredibly nostalgic! Where were you on the day it was made available to order? Did you watch the presentations? Let us know in the comments below!