Kingdom Hearts: Melody of Memory is a unique entry into both the Kingdom Hearts series and the rhythm genre as a whole. Where most rhythm games follow a trail of notes requiring simple button taps or gestures, Melody of Memory throws a pseudo combat system into the mix that requires specific timing of jumps, glides, and special attacks.

As one could imagine, creating such a game would be no small feat — even for the rhythm experts at Indieszero, who were the minds behind both Electroplankton and the Theatrhythm series. The game‘s Co-Director, Masanobu Suzui, shared an inside look at the game’s development and the difficulties the project brought with it in a new article on Square Enix’s blog.

The interview details the aforementioned combat system’s development, which went through over 20 iterations before the team finally settled on its current system, as well as the team’s motives behind the songs they chose.

“We looked at which tracks had been included on the set list of the recent KINGDOM HEARTS Orchestra -World of Tres- tour, and which were voted most popular by fans. We collected all kinds of data, and by studying it, we were able to work out many of the songs we knew would really excite people.

The element of the game that really brought the selection into focus though was the World Tour. The core theme of that mode is for players to relive the KINGDOM HEARTS series (so far) through music, so we made sure to include as many tracks from important and memorable scenes as we could.”

Interestingly, unlike most rhythm games where the difficulty is upped by simply increasing the amount of notes that come at the player, each song and difficulty had to be hand-crafted with the track, combat, and movement of the characters through the environment in mind. 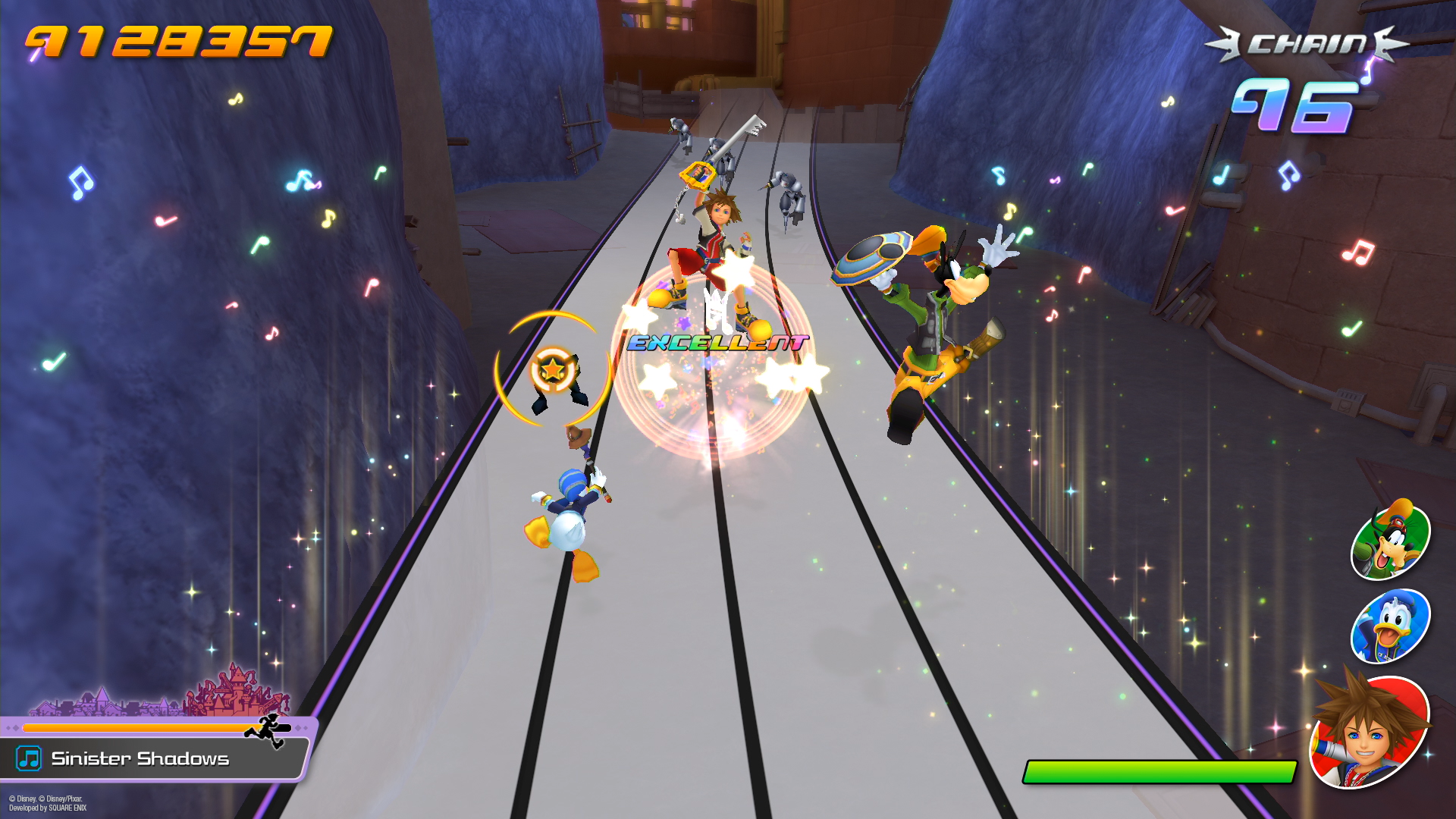 Mr. Suzui goes into greater detail on a number of other topics, including how the team worked to ensure the game felt true to the franchise both visually and mechanically. The article is an interesting look at a unique game, and is absolutely worth a read for fans of the series and rhythm games in general.