Several video game publishers and developers have celebrated the start of 2021 so far, but it’s worth paying special attention to this new piece of Sonic the Hedgehog artwork focusing on the “Classic” variations of the characters. 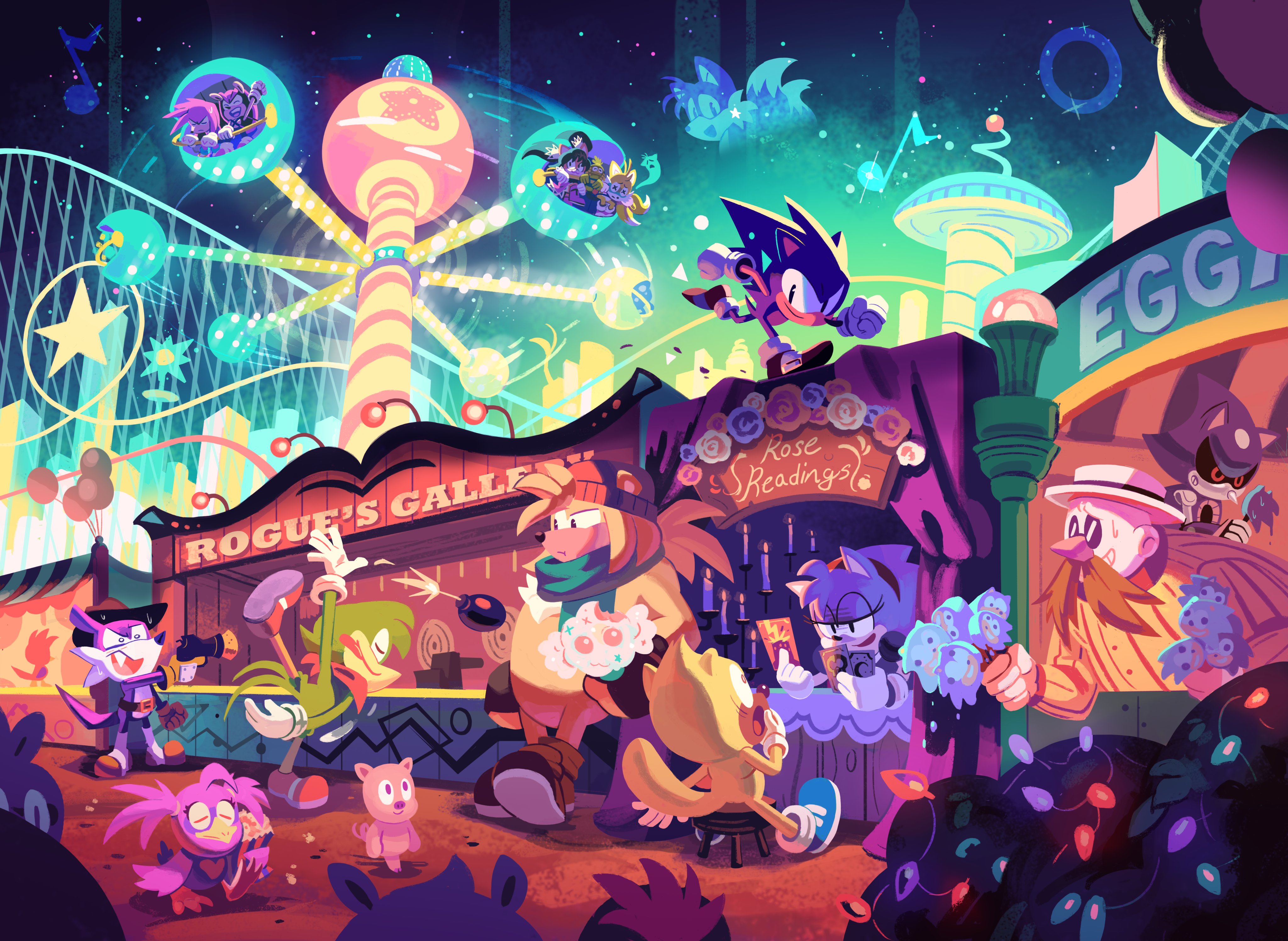 Illustrated by Nathalie Fourdraine, who has provided plenty of Sonic illustrations over the past year for various holidays as well as contributions to the IDW comics, it features plenty of characters and easter eggs.

For the characters, we have the iconic squad of Sonic, Tails, Knuckles, and Amy Rose, as expected, but we can also see Ray and Mighty having some fun after making their long-awaited return in Sonic Mania Plus. Bean the Dynamite, Nack the Weasel (or Fang the Sniper), and Bark the Polar Bear are front-and-center, too, and they’re surprisingly joined by their fellow Sonic the Fighters’ alumni, Honey the Cat, who is sitting alongside Tails in the ride.

Speaking of Tails, he’s part of a cute-yet-morbid easter egg. The bad ending of Sonic 2 for the Master System/Game Gear has a blue apparition of Tails appear in the sky, with the heavy implication being that he died. Here we see a very similar image, and right in front of it we see Tails’ ghost exiting his body.

Slightly less disturbing is the other main easter egg – the Sonic ice cream with gumball eyes being offered by Doctor Eggman. These have been one of the most enduring Sonic memes, so it’s not too surprising to see it here, but Metal Sonic’s reaction is golden.

There are sure to be even more easter eggs scattered around, so Sonic fans, it’s time to put your know-how to the test as we go into a year that will hopefully finally bring us some new updates on the Sonic franchise!