Ranking the original Super Smash Bros. cast by how they’d look as snowmen

The Super Smash Bros. roster has grown to sizes we never would’ve believed back at the turn of the millennium, but there’s just something about the original game and its chunky characters that stands out even today. Eight starting fighters (plus four secret characters) was enough back in the day, even if back then I was already imagining how Banjo & Kazooie might play.

I’m not here to wax poetic on the past, but instead to set up a tier list. Not a gameplay tier list, though, as that’s been done plenty. Instead I’m looking at the original Super Smash Bros. roster and asking: “What if Master Hand decided to roll up some snowmen of his favorite Nintendo characters?”

Ranked now for your enjoyment are the original eight plus four, organized by how well they’d look as fresh-fallen constructs in the midst of this winter season. Criteria will include visual appeal and practicality, as well as any unique challenges they as snowpeople might face.

Look at that hard body and tell me it should be made of snow.

You can’t, because it shouldn’t.

Captain Falcon (and truth be told all of the ‘human’ proportioned cast) are fighting an uphill battle when it comes to festive frosty fun. Even in his N64 days, he’s just too… limber. There’s also the unfortunate matter of his moves frequently being accompanied by fire, and while that’s a recurring motif with Nintendo characters, he doesn’t throw or shoot flames. He literally conjures them for punches and kicks, and that’s just going to make him melt. Please, don’t show us your moves.

Link faces similar problems when it comes to body shape, though as this is his Ocarina of Time design he thankfully pulls back on some of the finer details that have made their way to his design since then.

What makes him tricky though is how many snow-ccesories you would need to add in. Even setting aside things like the boomerang or hookshot that aren’t always visible, it’s not quite Link without the Master Sword and Hylian Shield. Can they be made? Sure. Will Master Hand have the fine dexterity to make that happen? I’ve never even seen him tie a shoe.

The final “standard” body of the bunch is Samus Aran, who ends up further up the list for a few reasons. Though she’s never used it in Smash, she can handle cold temperatures no problem and is no stranger to freezing her enemies. ‘Tis the season! 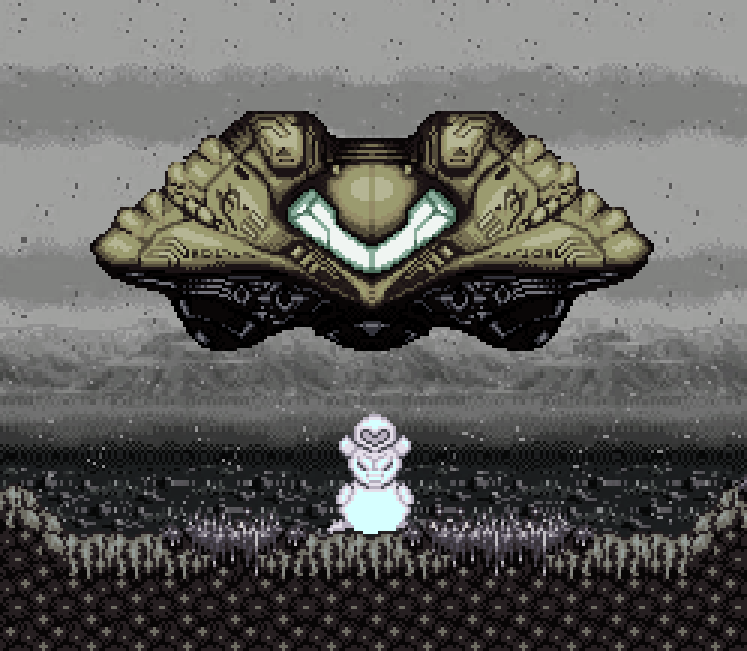 Her real boon though is that the Varia Suit smooths out a lot of the finer details and curvature that plagues Captain Falcon and Link. Those shoulders? Snowballs waiting to happen. You don’t even have to carve an intricate face thanks to her visor! That said there are a lot of super-fine details that would have to be etched in, so this is a battle of patience more than anything.

Fox McCloud may be able to fly with the best of ‘em, but he only just manages to escape the bottom rung of this snowy selection. Though he still has a similar body shape to the aforementioned cast, things start to get more stylized with his design. Things like his scarf and flight jacket combo still give him a distinct look, though even then he runs the risk of coming off plain.

What’s made Fox memorable in the context of Smash is his speed (and fall speed, but this snow has already fallen so that’s moot). As a more static construct, all we have here is a space fox in pilot clothes and not enough time or motivation to build a snow Arwing.

So he’s finally here, snow-forming for you! DK is the firm line between (to borrow a Pokémon egg group) humanshape and cartoony proportions, just as he’s right on the line between man and animal. He lacks a lot of complex detail unless you want to factor his fur, and I can even imagine grabbing a real tie and throwing it on once the build is done. It’d end up wet and probably ruined, but it’s still classy.

Good luck getting his hair…thing to stay up, though.

This might be the most personal preferencey bit on a list that’s almost exclusively built on personal preference, but Yoshi’s older design might not lend itself so well to snow. If this were the post-Yoshi’s Story “cute” design I can see him flutter-kicking his way further through the ranks, but as is this is long Yoshi. And long Yoshi is wrong Yoshi.

Luigi (and his brother) may be “human” but their proportions, especially on the 64, are rounded and deformed enough to make them pretty fantastic snowmen. Their hats would make perfect add on accessories, and those round noses and portly plumber bods are simple yet distinct. Frankly, they’d still rank fairly high if this list expanded to the current Smash roster, but they fall short in the remaining few characters for reasons that will become clear soon enough. 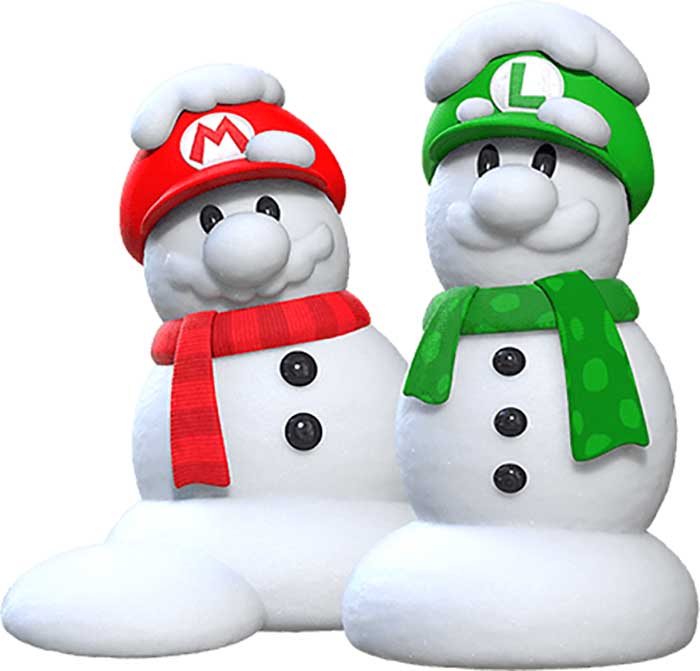 Mario is basically Luigi but shorter, and thus easier to make. Once again, Luigi is only the second best Bro.

Nearly everything that applies to the Super Mario Bros. can apply to Ness, but he has a few key points that make him even easier to make. His body is even more simplistic, his eyes would be true to form even if they were just rocks or coal, and his game actually has a gorgeous piece of music in it called “Snowman.” Ness is a good snowboy and should be treated as such. 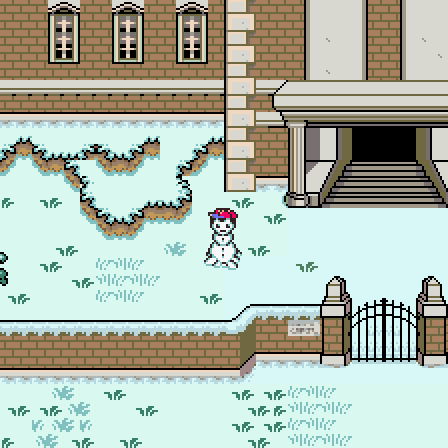 We’re in the final three, and I’ll admit they’re all fairly obvious picks from here on out. Jigglypuff is literally a sphere with details, making it a super easy snowbuild — perhaps even more so than #2 on this list. What pushes them down though is just how much added work would need to go in to making its massive eyes distinct. Yeah, you could open palm slap some dinner plates on a big snowball and call it a day, but that’d just look terrifying out your kitchen window.

Of the entrants on this roster, Pikachu is perhaps the one most commonly depicted as a snowman in artwork. The Pokémon Company loves making this electric mouse out of snow, even to the point of commissioning giant ones for the annual Sapporo Snow Festival in Japan. But this isn’t about giant capitalist constructs; this is about rollin’ flakes in your front yard.

Pikachu is still an easy build without a massive advertising budget behind it, though. The ears and tail could present some challenges but it benefits from the inverse of Yoshi’s problem. This is chonky Pikachu from back in the day, keeping things more round and chubby compared to its more iconic present. Simple eyes and simple cheeks give it bonus points, but you’ll see those same boons present in our winner. 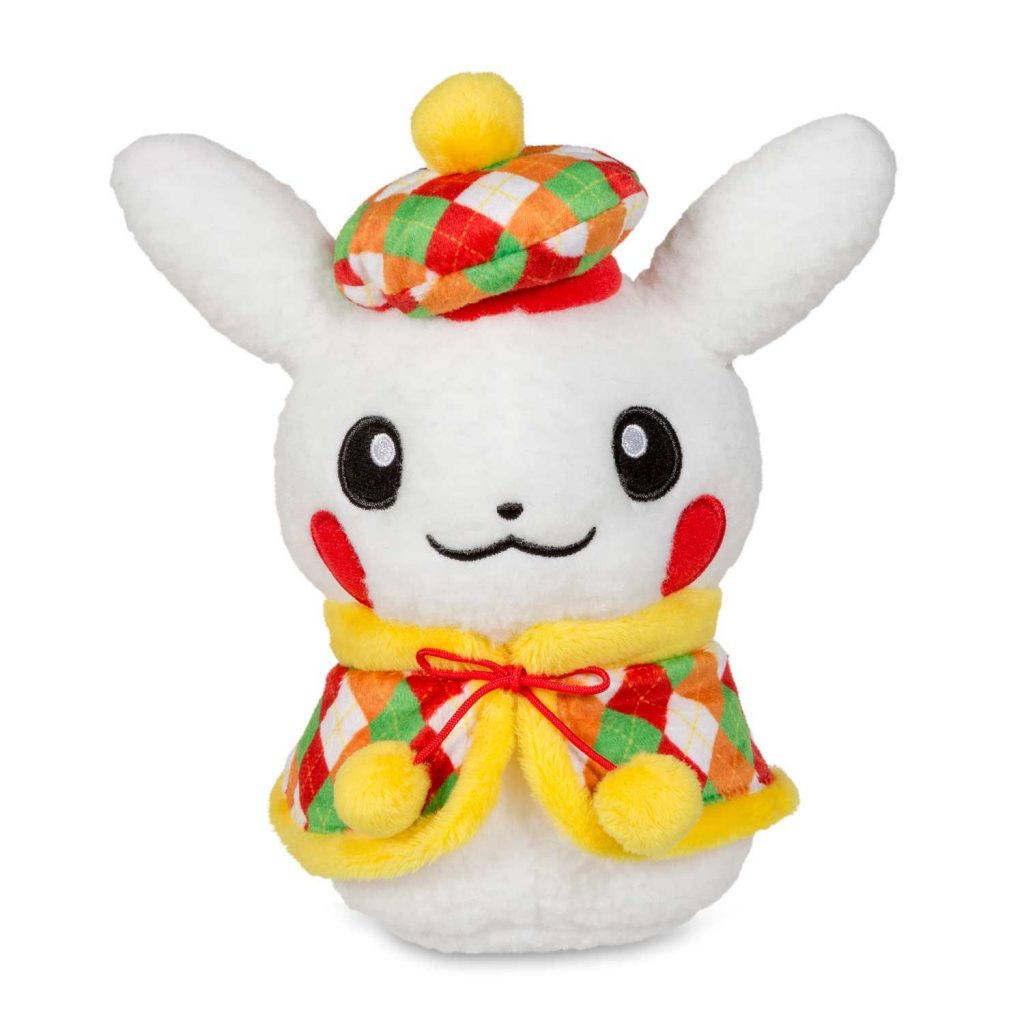 Kirby is the best Nintendo snowman, and if you already knew this, then congratulations — you have taste.

Everything that made Ness, Jigglypuff, and Pikachu progressively easier and more true to form out of rolled snow applies even more to Kirby. He is a ball with a face, and in the truest sense isn’t that what all simple snowpeople are?

His nubs might present a challenge in terms of placement, but if his animations have taught me anything, there’s no wrong place to position Kirby’s limbs. That’s a small price to pay for versatility though, as you can simply add a little extra snow or the proper hat and you’ve got his copy abilities too! 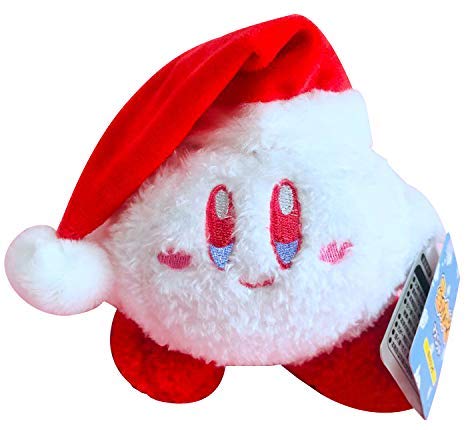 A special thanks to Jennifer Burch for bringing some of these characters-as-snowpeople to “life” below! 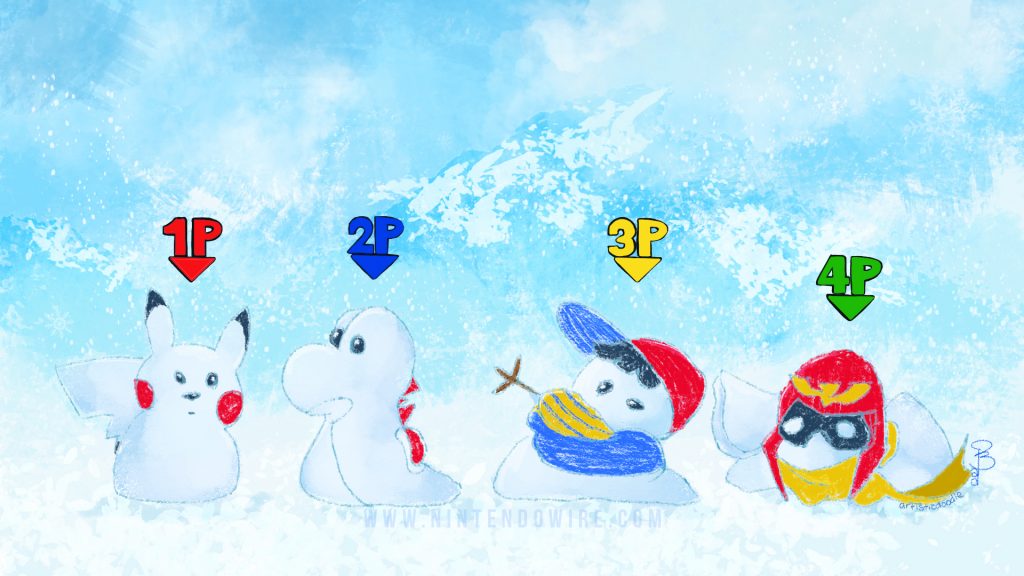 Banner for article on Nintendo Wire. Made by Jennifer N. Burch (artisticdoodle). Do not reproduce, sell, profit, etc.