Does the idea of a roguelike dungeon crawler with randomly generated dungeons and four-player co-op set on a massive spaceship catch your attention? I’m sure it does, and I’m also sure that you don’t need any more details to dive for your Switch and buy Metaverse Keeper immediately, but I’ll share some with you anyway:

Metaverse Keeper takes place in the Metaverse, a universe plagued by a crisis known as “The Cataclysm,” which is sucking all of the energy out of the universe itself. The Metaverse’s government has assembled its five greatest heroes and tasked them with uncovering the secrets of the Cataclysm by boarding a giant, ever-changing vessel known as the Bastion. 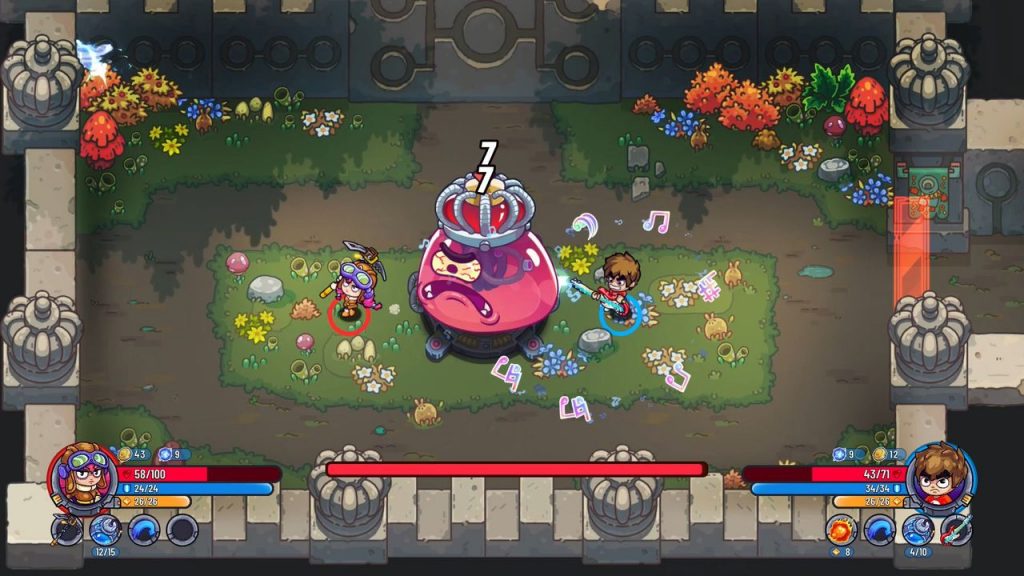 Within the Bastion, the heroes will face all manner of creatures using customizable weapons and mysterious space-time powers in an effort to defeat “The Boss” and bring balance back to the Metaverse. This sci-fi dungeon crawler features a comic book art style, ridiculous weapons and enemies, frantic combat, and can be played solo or with up to three friends locally and online.

Metaverse Keeper from @CIRCLE_Ent is available now on #NintendoSwitch!

Join forces to save the “Metaverse" in this colorful and action-packed dungeon crawler with roguelike elements.

Metaverse Keeper is available now on the eShop at a discounted price of $13.49!